‘Another day RUINED!’: Chaos as trains to London St Pancras are cancelled or delayed after crack found on track crossing sparking commuter fury

Commuters travelling into London faced a torrid journey this morning as high speed trains were cancelled after a crack was found on a track crossing.

Services from Kent faced severe delays after the damage was found just outside St Pancras International on the Southeastern High Speed railway line.

The issues found during routine track inspections resulted in a speed restriction that disrupted services between St Pancras and Stratford International. 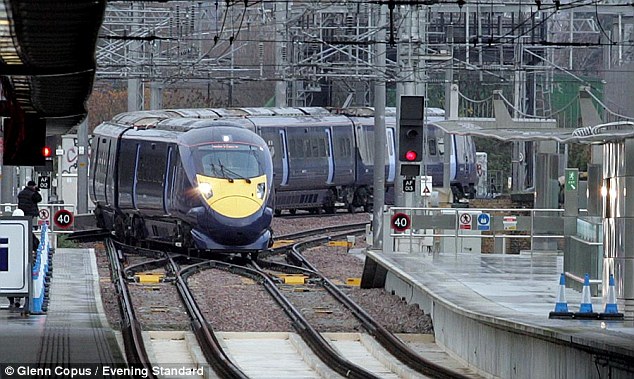 Some services were terminated early at either Ebbsfleet or Stratford, while commuters packed platforms at Ashford in an attempt to get on a train.

Among the angry commuters was Martin Keeys, who lives near Ashford and tweeted: ‘Another day ruined thanks to your inability to run trains on time.’

And Peter Cobrin, from Folkestone, said: ‘So today’s 7.24 from Folkestone to London is accounced as terminating at Stratford and literally as we enter Stratford are told it’s continuing nonstop to St Pancras. People are so fed up!’ 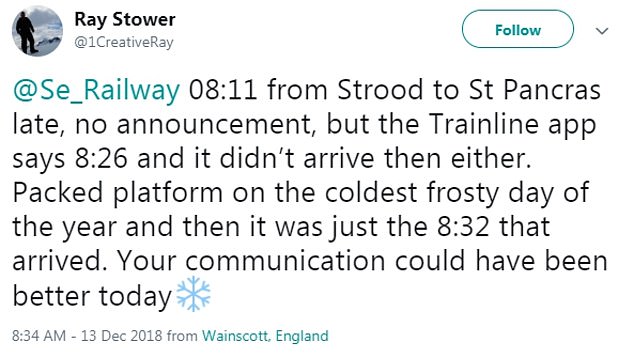 Southeastern advised customers to use main line services instead, or take the Docklands Light Railway or London Underground to get to work.

Passengers were also advised to use Thameslink services between London Bridge and St Pancras at no extra cost to help complete their journeys.

Separately, trains passing through the Lewisham area of South East London were delayed due to an ‘earlier investigation into an issue on a train’.

It comes after services to and from London Waterloo have been hit by problems in recent months. On Tuesday a signal failure at Woking caused more delays.