SNOW hits Britain! Chaos on the roads as overnight blizzards blanket north of England and Scotland – while rest of UK faces weekend washout

Heavy snow has swept across the north of England and Scotland overnight and throughout this morning, days after the country recovers from the powerful gales of Storm Freya.

As those living in County Durham woke up to find their cars covered in snow and the roads frozen from an overnight blizzard, road users were also left bracing the cold, with delays spotted on the A66 between Scotch corner and Bowes.

Drivers were left battling the sudden blizzard this morning as a fresh sheet of snow began to settle and cause chaos on the roads.

The overnight snow comes as an active jet stream from the Atlantic hurtles directly across the UK bringing strong winds, torrential downpours, and sleet.

Forecasters are also predicting that as the wintery conditions begin to return to the UK, temperatures will begin to drop to around 14C in the south and as low as -3C in parts of Scotland.

As we move away from the powerful gales of Storm Freya, the country can expect to see unsettled weather conditions, with some parts of Scotland and the Pennines set for a spell of hill snow.

Today will see rain, sleet and snow across Northern Ireland, Scotland and Northern England, as the rest of the country experiences light scattered showers.

Northern parts of the country can also expect some snow and blustery showers while the south remains mainly dry and windy, with gusts of 30-40mph expected along the coast. 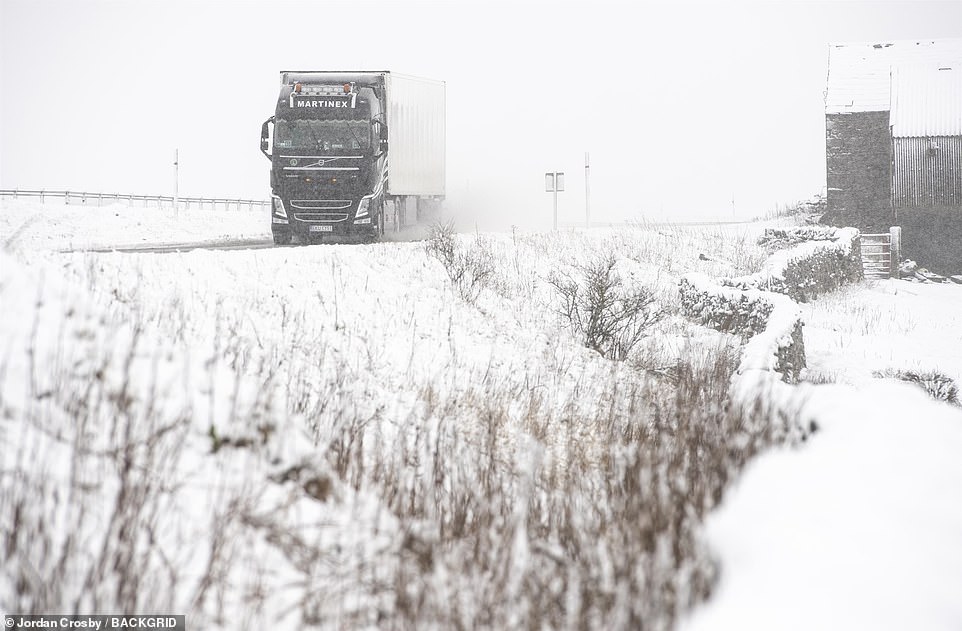 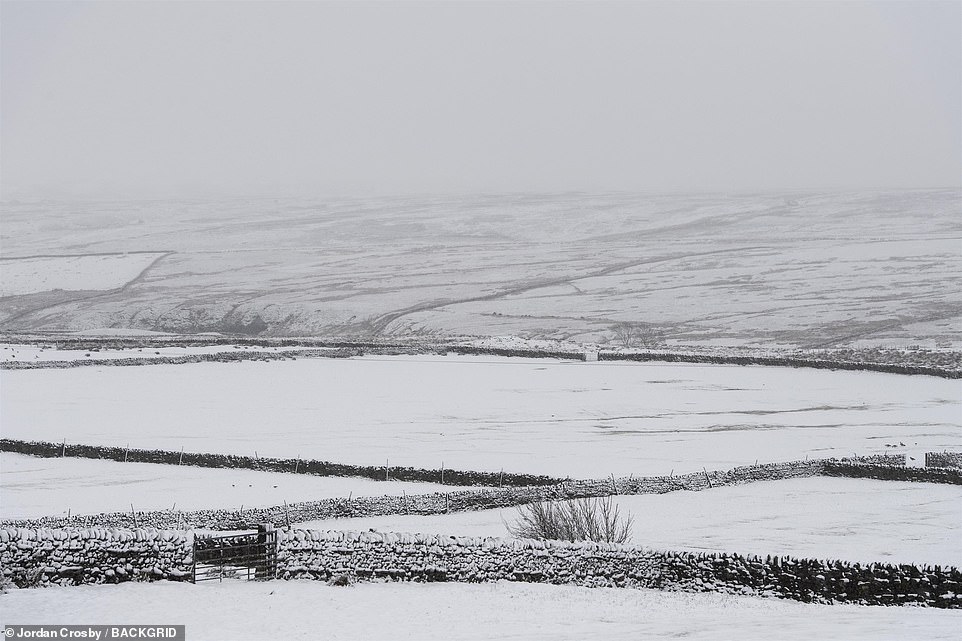 County Durham woke up to a sheet of white snow this morning, days after Storm Freya hit the country and brought gales of up to 80mph 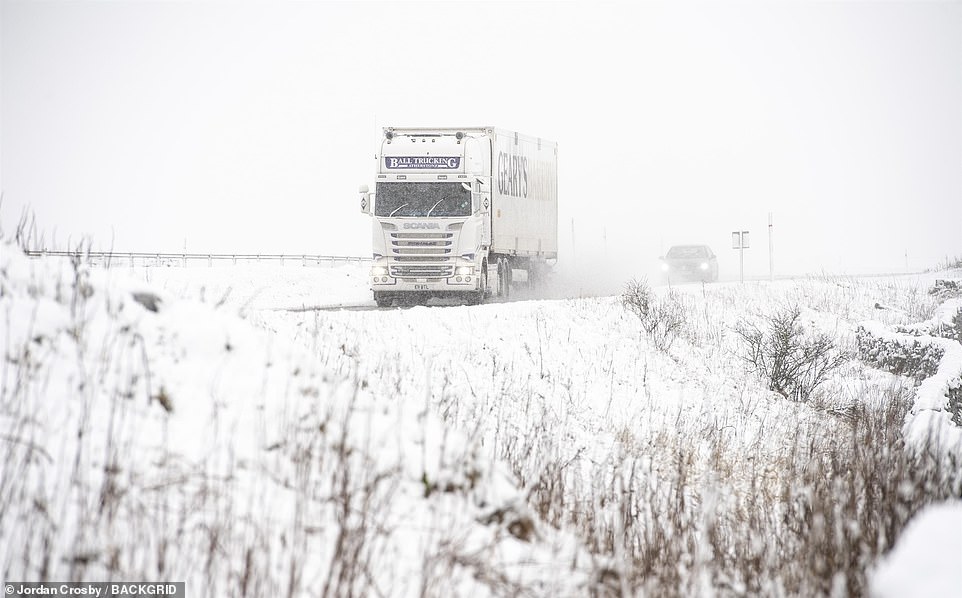 As heavy snow sweeps across County Durham over night and throughout this morning, delays hit the A66 between Scotch corner and Bowes 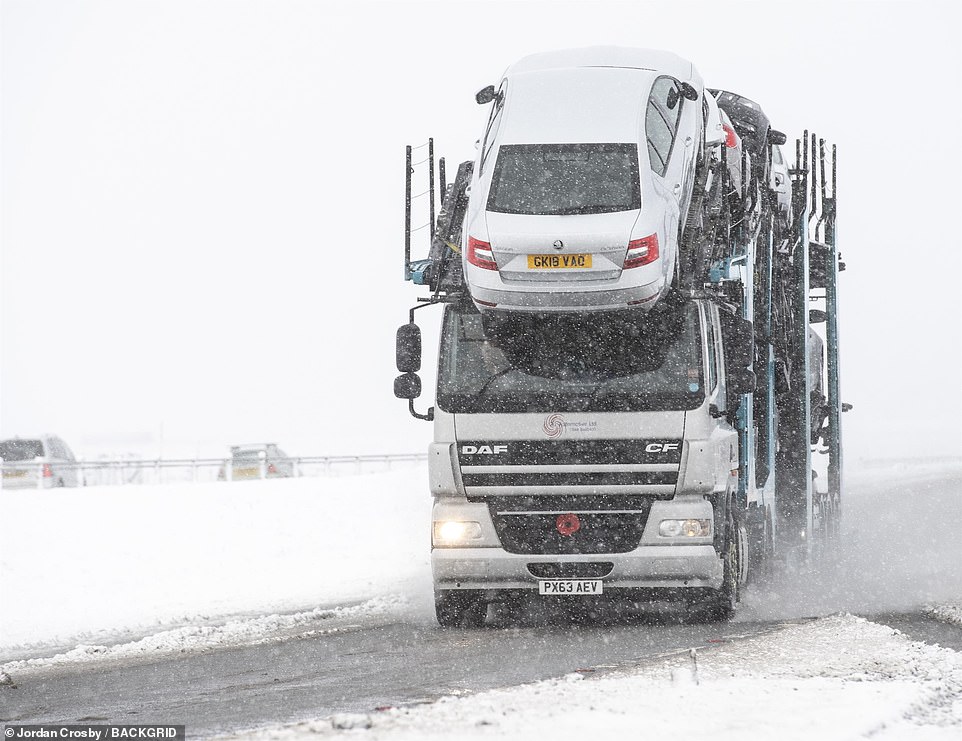 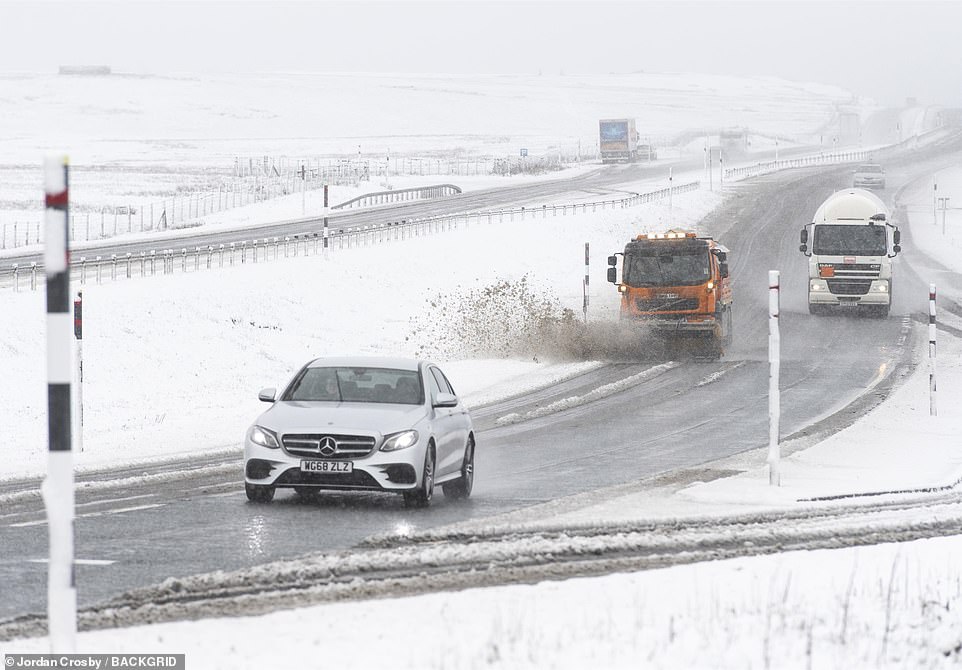 Heading into tonight, an area of low pressure will bring a spell of heavy rain and showers.

On Sunday, wet and windy weather will start to fall across parts of the UK and there is a possibility of gales in the south of the UK.

These gusts will become even stronger winds as we move into the next week, with a risk of gale force winds returning to north-western coastal fringes of the UK on Tuesday. 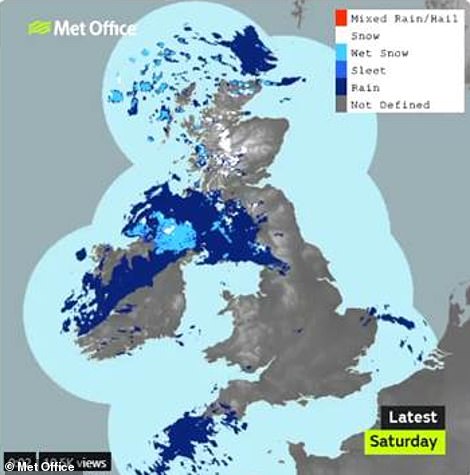 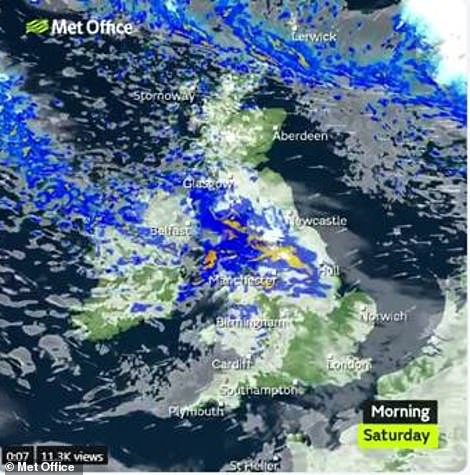 As strong winds form over the British Isles, torrential downpours and sleet will hit parts of the UK, will parts of Scotland and the Pennines set for snow 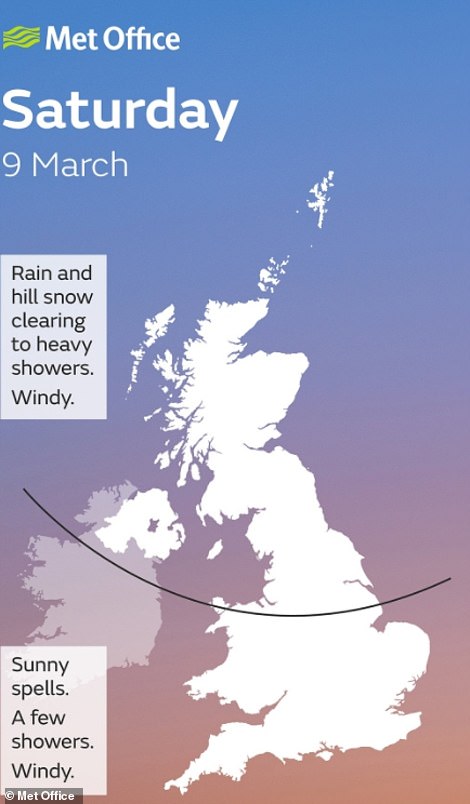 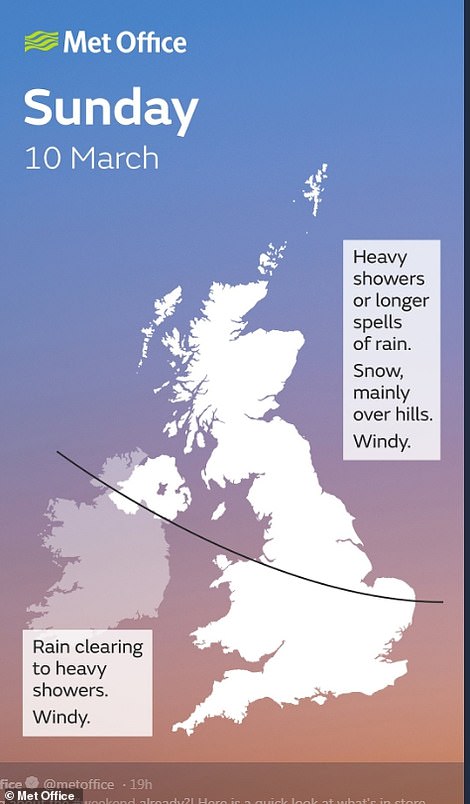 On Saturday rain and hill snow will begin to clear and give way to heavy showers. The heavy showers will continue through the weekend 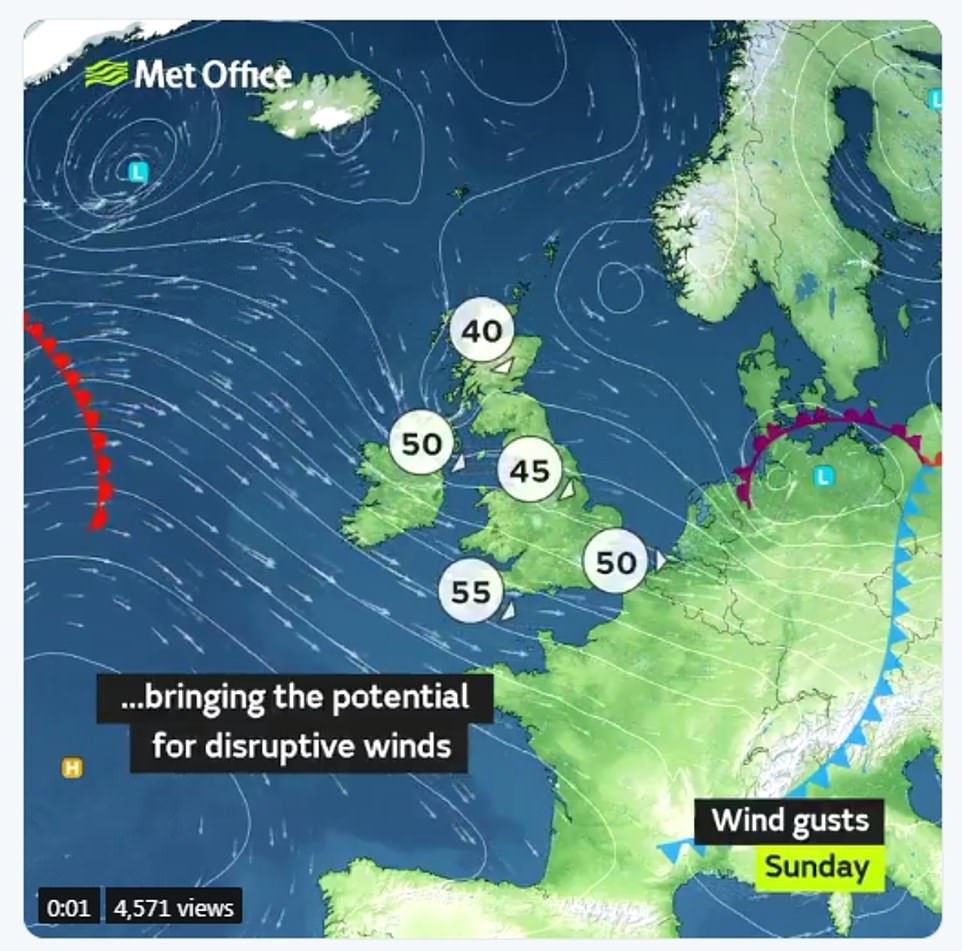 Today (Saturday): A windy day, with early rain and hill snow across Northern England clearing. Southern parts of the UK will be mainly dry with sunny spells. Otherwise, blustery showers in the north, with more persistent rain in far northeast.

Tonight: Showers easing in the north, allowing a widespread frost. Rain spreading across southern parts, with hill snow for central areas, and perhaps to lower levels here later in the night.

Sunday: A band of rain and hill snow will cross the UK, giving snow locally to lower levels in the north. Elsewhere, a mixture of sunshine and blustery showers, some wintry.