Extraordinary footage shows the drunken adversaries throw wildly off-target blows at each other and fall injured in the street. 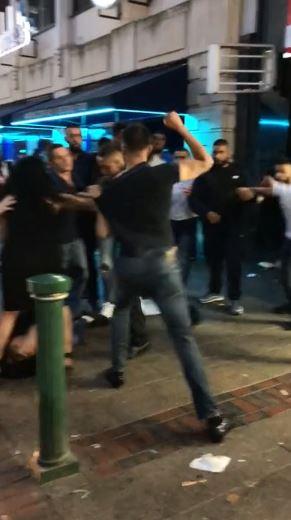 The astonishing altercation took place at around four o’clock on Sunday morning in Birmingham city centre.

A passer-by who recorded the footage – and asked not to be named – claimed that the fight was so chaotic that eight police officers who were present in the area were too afraid to intervene until it was over.

As daylight breaks overhead, the minute-long clip opens with with the group of eleven men and one woman in the midst of their confrontation.

A bald man lies injured in the middle of the street as another male kicks him in the head. 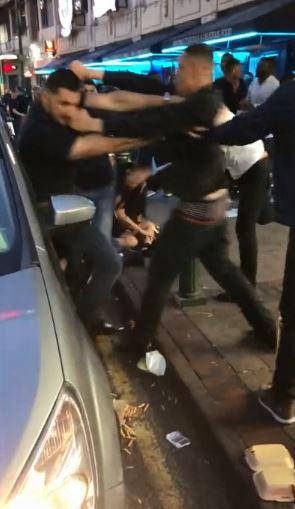 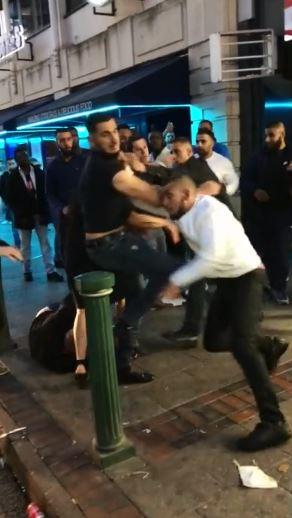 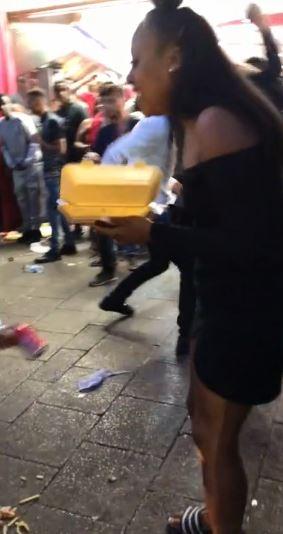 A woman – wearing high heels – desperately tries to lift him off the ground – as kicks continue to rain down on him.

Meanwhile, several men hurl punches, push and and attack each other.

In the resulting chaos, the brunette women shrieks as she falls on to the ground on top of the injured male. 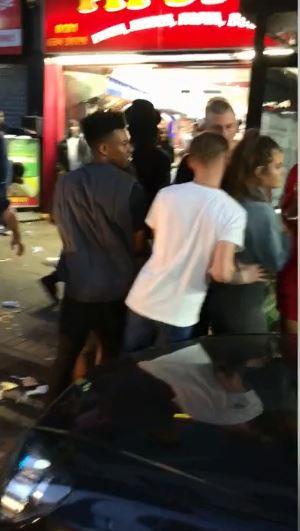 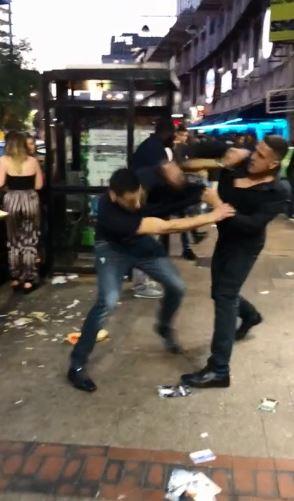 A bearded man – wearing a long white-sleeved T-shirt – is then seen repeatedly striking another man.

We then see the crowd of partygoers who have gathered to watch the mass brawl in front of them – including a young female onlooker who is eating from a takeaway tray.

The injured male then staggers away with blood pouring down his face.

The action subsequently moves to a pair of tall men who confront each other.

Another shorter male – in a blue shirt – pulls the fighting pair apart. However as the shorter man attempts to restrain them, another bearded male in a white shirt suddenly jumps into the brawl and tries to punch him.

Another man then holds the male in the white shirt back and stops him from attacking them. 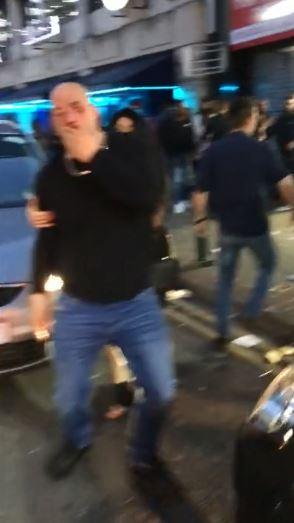 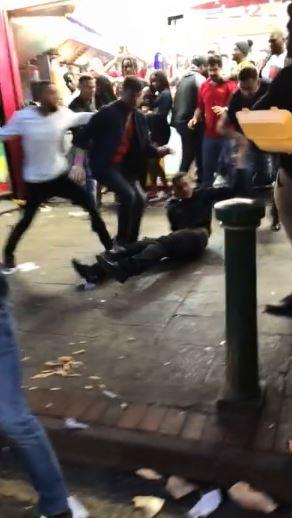 The clip has racked up close to 100,000 views on social media in a day – with many users commenting on the hilarity and shamelessness of the fight.

One user called @saastacks said: “It’s like watching a fight in a retirement home” and @omarijustjones commented: “Ahh it looks like I missed a good laugh. Not one of them can throw a good punch."

West Midlands Police have no record of the incident.