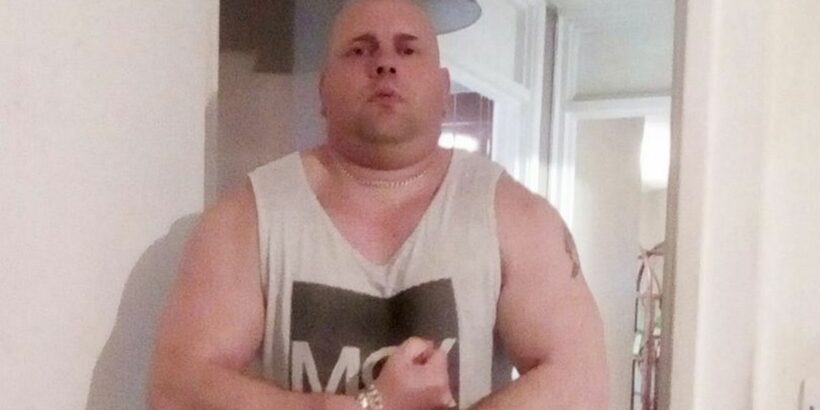 A notorious and violent criminal was tasered by police after allegedly threatening staff at a secure mental health facility.

The 39-year-old is currently in a secure unit in the Midlands and made a call to the Birmingham Mail after returning from his day release back.

He told the publication: “I’m not a paedophile, rapist or murderer, yet I’m locked up in a ****ing room. I’m not a risk to the public.”

Woolley, from Birmingham, made national headlines in 2004 after escaping from Stafford jail with two other prisoners.

While on the run, he mugged a mother in front of her children. and while inside was told he'll be the next Charles Bronson In 2013, he was one of three patients at Ashworth psychiatric hospital in Maghull, Liverpool, who staged a rooftop protest over a smoking ban.

They caused £50,000 worth of damage to the building that, at the time, housed Brady.

His years at the Tamarind Centre – an 89-bed male medium secure facility – have been relatively trouble free but he said that substance misuse sowed the seeds for detention under the Mental Health Act.

Woolley was allowed to leave and mingle with the public on a daily basis – and that freedom led to the latest police clash.

A source claimed he returned to the Tamarind late, seemed under the influence of drink or drugs and became aggressive.

Speaking calmly from his hospital bed, Woolley vehemently denied the claims to The Birmingham Mail.

“I was getting agitated and angry and it was winding me up,” he said.

“Anyone I complained to wasn’t interested, I started shouting The police turned up, I was still arguing.”

Woolley admits briefly picking up a fire extinguisher and said of the police response: “They emptied two bottles of CS gas in my face, beat me with a baton. It was horrible. Last night I was in bed having flashbacks.”

Woolley alleged the treatment is par for the course.

“That is how they’ve dealt with me all my life, I’ve been locked up. I want a family, kids and that. I did my naughty stuff when I was a kid. I want to be legal.”

Woolley has served sentences in tough prisons such as Long Lartin, Full Sutton, where he mingled with Bronson, Whitmoor and Dartmoor.

He has not, by his own admission. readily accepted the institutions’ rules and regulations.

“I served with a lot of gangsters,” he said. “I got beaten-up regularly by the screws. I escaped from prison – I was young – and became public enemy number one.

"I had one officer say to me at Full Sutton, ‘you will be the next Bronson’.

“I’m not delusional, I’m not really unwell. I know how to feel, react. They want to turn me into a monster.”

Woolley added: “I regret the things I done, I’m not a danger. I should be outside. I should be able to live my life.”