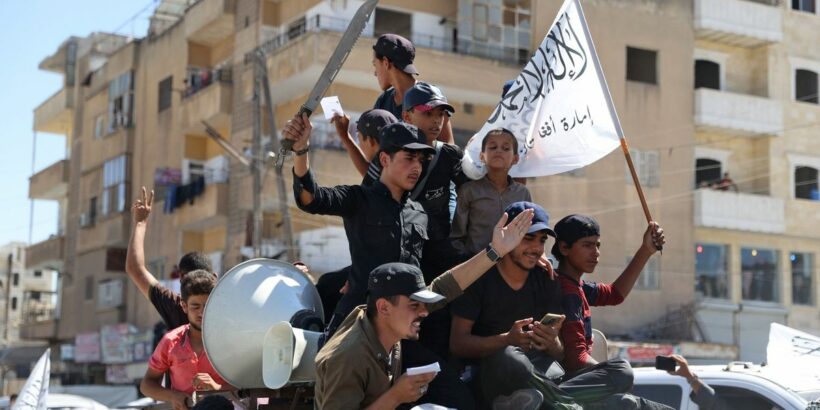 Jihadist troops appear to be turning on President Vladimir Putin in anger over the actions during the invasion of Ukraine.

At the start of the attacks last month, rumours from the frontline of Ukraine hinted at the presence of a deadly, bearded Chechen special forces group being unleashed in the country to detain, kill, or target specific officials.

Pictures of the squad emerged in a Ukrainian forest, and they were thought to be from the South battalion of the Federal Guard Service, based in Chechnya and had been pictured practising drills and praying in the leafy forests.

Along with their arsenal of heavy-duty weaponry, each soldier had reportedly been given a list of targets to find.

However, it now appears that this group and other Jihadists brought in from Syria – which has also been subjected to an invasion from Russia – are now turning on Putin as well as Chechen warlord Ramzan Kadyrov.

According to several reports, the involvement of Chechen fighters has seen Kadyrov labelled as a “treacherous agent” and “Putin's pampered boy”, according to Al-Monitor.

It was also revealed by Al Araby that Putin had been giving Kadyrov around the region of $300 billion per year over the past few years.

When Kadyrov first agreed to send troops into Ukraine, he told 70,000 volunteers: “These Chechens chose to become heroes and sacrifice their lives for the security of both countries.

“They received orders to minimize civilian casualties in Ukraine.”

But now the tide is turning.

A jihadi source in Syria claimed to Al-Monitor: “The Chechen Jihadis in Idlib wish to be part of the Muslim fighters fighting against the Russians in Ukraine, or at least to be allowed to fight against the forces of the Syrian regime and its ally Russia in northwest Syria.

“Those fighting for Russia have departed from the religion of Islam, even if they claim to be Muslims who fast and perform the five daily prayers.

“They are siding with an enemy who openly shows enmity against Islam.

“Volunteering in the Russian army is blasphemy and apostasy, let alone participating in a destructive war against Ukraine.

“The Chechen soldiers participating in the Russian invasion of Ukraine are no different from the soldiers of the Russian army – they are both occupiers, but the Chechen fighters are falsely brandishing the Islamic religion.

“They are in fact deceitful and have breached the morals of Islam, which is against occupiers who destroy countries and displace people.”