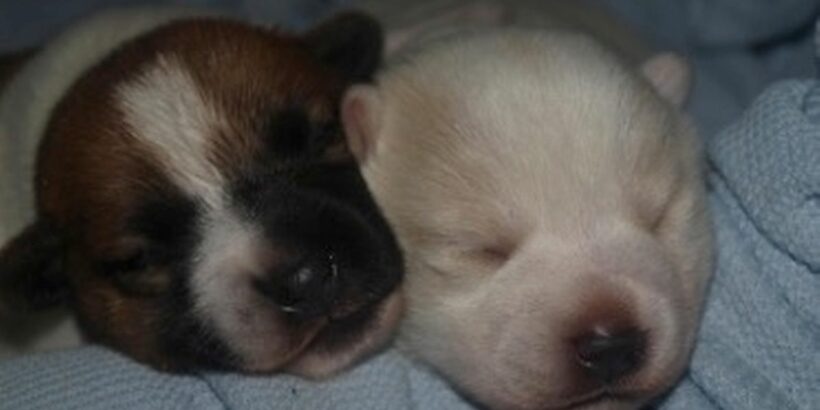 No matter how much we dog-lovers spend on expensive beds for their pets, somehow they always seem to end up in our beds by the morning.

That’s fair enough, why would they want to sleep in their own bed when they can snuggle up in a warm cosy bed with us?

But even though we’re big fans of cuddles with our furbabies, they can take up a huge amount of space and often sprawl themselves in the most awkward of positions leaving little room for us, the people who actually own the beds.

But how can we be cross with our fluffy little bundles of joy? They’re just too cute!

It seems we’re not alone – pet owners everywhere understand our frustrations with lots of people sharing photos of their sleepy pets.

Online bed and mattress retailer, Bed SOS, which specialises in next day delivery, wanted to see just how many pets love to snooze in their human’s beds, so challenged the nation to send in pictures.

Offering the prize of a free bed worth £200, Bed SOS was inundated with entries from all manner of pets, who like nothing better than to tuck themselves into bed after a long day.

And while the winner was Susannah Flood from Chelmsford whose two cats, Paddy and Ollie, both demanded their space on the bed, there were also lots of adorable dog entries who we think deserve a special mention.

Skyla, a Husky and Rottweiler cross, looks absolutely fuming that her owner is disturbing her nap. Do you mind? A little privacy, please.

Karen from Glasgow can barely get any room in her bed thanks to the bevy of pets who’ve taken over. With two cats and two dogs, she said: “If you don’t get in first, you don’t get a space!”

A big fan of minimalism, Herbie the French Bulldog loves being wrapped up in a freshly washed white duvet.

Crossbreed Ziggy was picked up by his owners as a stray, but has wasted no time in making himself comfortable, taking over the bed like he owns the place.

Oakley is a 10-week old Pug puppy who not only loves to take over the bed, but the games console too!

An 18 month-old Dogue de Bordeaux, Roxy’s owner told of how she ate her last bed, so it’s no wonder she gets her beauty sleep elsewhere!

Tucked up nice and cosy, Marshall the Dalmatian makes sure he always gets his eight hours of beauty sleep.

Bambi’s owner says she’s a total diva who’s completely spoiled but very much loved. Having dealt with bad owners and health issues in the past before she was rescued by her current family, we reckon she deserves to put her feet up.

Six-year-old Sasha is a cross breed rescue dog who loves to snuggle up in the blankets. When she’s not napping, she also enjoys rummaging in the bin, much to the dismay of her owners.

Angel, a 13-year-old Staffordshire cross breed, and Indie, a three-month-old English Bull Terrier pup, are an unlikely pair of best friends. Little and large, they love a cuddle under the duvet.

Poppy the Bichon Frise’s owners suspect she might be half human with the way she perfectly tucks herself into bed.

Two-year-old Golden Retriever, Letty, is a big fan of lying in bed. According to her owners, she lets them join her in bed too sometimes, if she’s feeling generous.

Japanese Spitz and Jack Russell mix, Charlie, has clearly had a long day as evidenced by his big yawn!

Two-year-old English Bulldog, Bruce, loves a duvet day, whether his owner’s in bed or not!