Eaten alive: Impala meets a terrible end as cheetahs feast on the animal as it struggles to break free… before pack of hyenas move in to rip it to pieces

A shocking video shows cheetahs feasting on an impala as it struggles to break free – before a pack of hyenas move in and rip it to pieces.

The footage was captured by Alistair Leuner, the general manager at Tintswalo Safari Lodge in South Africa’s Manyeleti Game Reserve.

Mr Leuner, 33, said he had been on a drive with some guests and spotted a female leopard.

But when they heard the sounds of a herd of impala, they drove in the direction of the calls, he said. 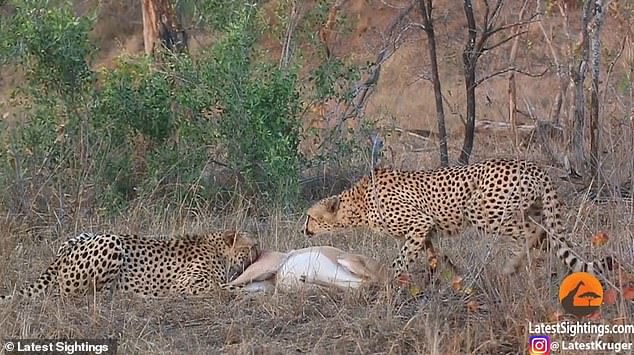 He described the ‘exhilarating’ experience of watching a pair of cheetahs eating an impala alive before a pack of hyenas came and stole the animal for themselves.

‘I went out on drive with my guests and we were sitting in a sighting with a female leopard when we heard a nearby herd of impala alarm calling,’ he said.

‘We drove in the direction of the alarm calls, which was about 500m away from the leopard. We found two cheetahs watching the impala.

‘After sitting with the hunting cheetahs, they suddenly both started chasing an impala for about 200m and managed to catch it! 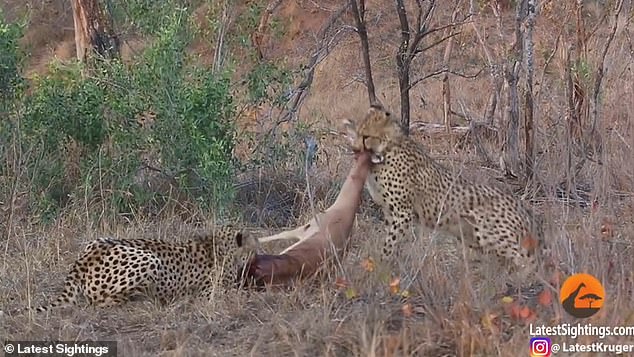 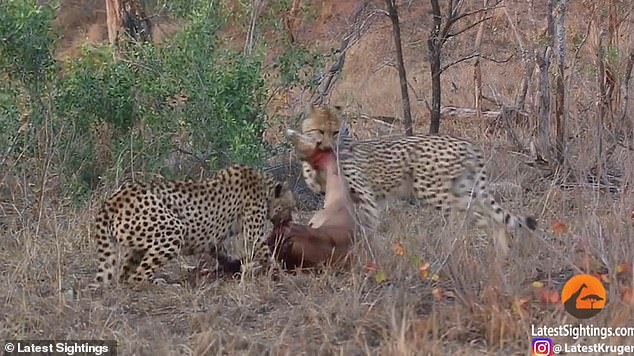 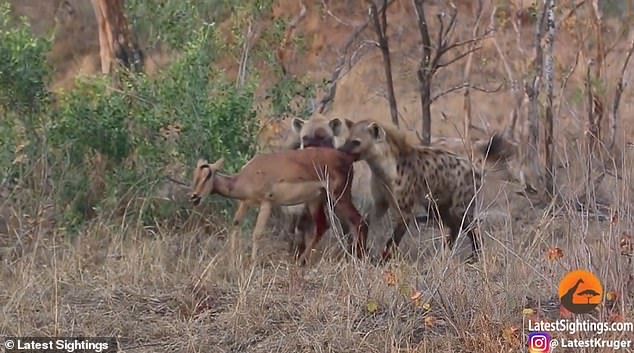 ‘While the cheetah tried to kill the impala, with one even starting to eat it alive, four hyenas came and stole the impala and also started feeding on it while it was still alive.’

‘By the end of the sighting, the hyenas won and there was no sign of neither the impala nor the cheetah.’

He added: ‘It was an action-packed and exhilarating experience. 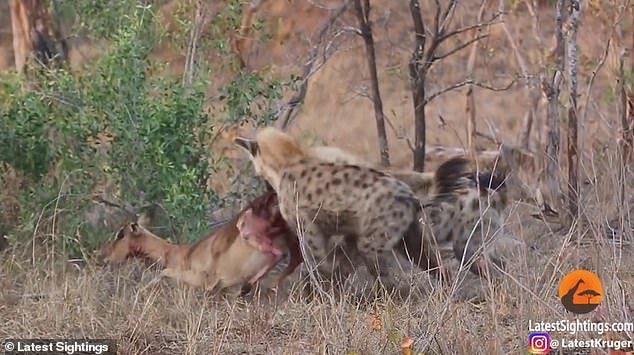 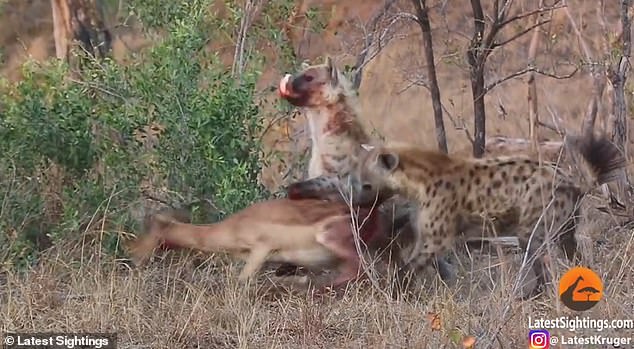 ‘Although difficult to watch the impala being eaten alive, it was a once in a lifetime sighting we could not tear our eyes away from.’

Mr Leuner said he had never seen anything like it in his 15 years of being a safari guide.

‘My advice to anyone who experiences something like this, even though it is harsh for most, is to absorb every moment of it,’ he said.