The global chemical weapons watchdog will ‘name and shame’ perpetrators after a successful push by a group of countries including Australia concerned about the return of these horrific arms to the international stage.

Australia was one of 30 countries led by Britain which  successfully pushed to beef up the powers of the Hague-based Organisation for the Prohibition of Chemical Weapons, amid warnings that the global consensus banning chemical weapon use was falling apart. 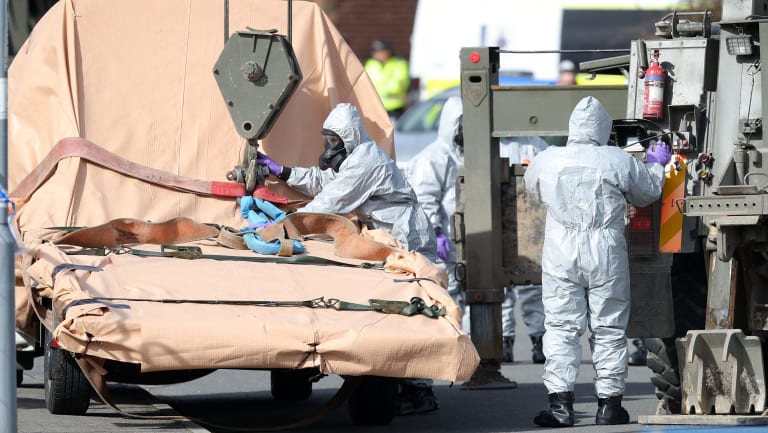 Signatories to the anti-proliferation treaty voted on Wednesday to condemn the use of chemical weapons since 2012 in Iraq, Malaysia, Syria and the UK.

The OPCW will set up a system to investigate and identify the perpetrators of the use of chemical weapons in Syria, through its network of independent investigators and laboratories.

And it will draw up a plan to identify the perpetrators of any chemical attack anywhere in the world, if invited to by the country where the attack took place.

OPCW Director-General, ambassador Ahmet Uzumcu said: “Currently there is no mechanism that would ensure that those who use chemical weapons are held fully accountable.

“Investigations of alleged use of chemical weapons are essential if we are to preserve the core norms of the Convention [against chemical weapon use], its credibility, and its integrity … If accountability is avoided, the potential re-emergence and acceptance of chemicals as weapons of war and terror will not be deterred.”

The decision required a two-thirds majority of OPCW members, and eventually passed with 82 countries voting yes and 24 voting no.

Russia, Syria and Iran had opposed the move, claiming it was an attempt to undermine and politicise the OPCW, and achieve regime change in Syria.

They also tried to block the vote using procedural tactics, challenging the credentials of the voting countries with the aim of preventing the meeting forming a quorum.

Other countries who opposed the decision thought it was a rushed move that should have been worked out later in the year, but they were in the minority. Key South American votes were won over with a promise of more help to ensure “chemical security” in their countries.

‘Yes’ voting countries’ representatives told the meeting they feared the effort to end the use of chemical weapons was under threat unless the OPCW was given the power to attribute chemical weapon attacks.