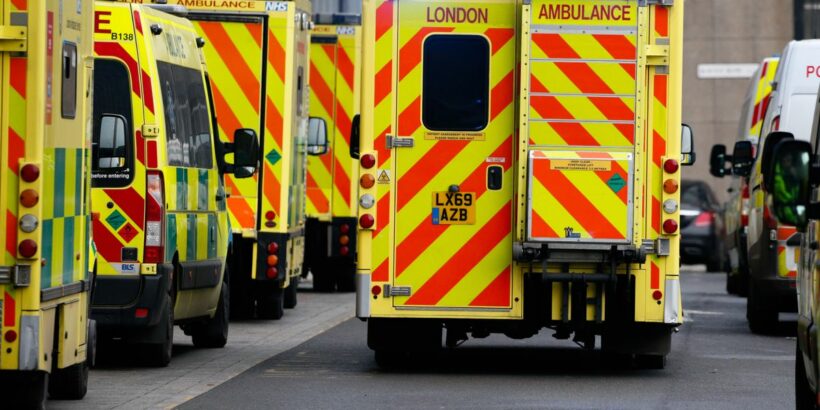 A seven-year-old child is among the latest recorded Covid deaths in the UK as a further 20,634 people tested positive for the virus.

The child is understood to be one of the youngest victims of coronavirus in the country, which has taken the lives of over 110,250 people since the start of the pandemic.

In the last 24-hours a further 915 Covid-related deaths were recorded, a drop from Wednesday February 3 total of 1,322.

Of the patients who have died, all but 30 had underlying health issues, the NHS said, the seven-year-old included.

The oldest patient who died among the latest figures was 102, two years older than Captain Sir Tom Moorewho passed away on Tuesday February 2.

The World War II Veteran’s death was confirmed by his daughter’s Hannah and Lucy, who said he died after sharing "laughter and tears" with them.

Hannah said Tom’s grandchildren Benjie and Georgia were also with him in hospital, while daughter Lucy spoke to him on FaceTime.

In a statement, the family said: "The last year of our father’s life was nothing short of remarkable. He was rejuvenated and experienced things he’d only ever dreamed of.

"While he’d been in so many hearts for just a short time, he was an incredible father and grandfather, and he will stay alive in our hearts forever."

Captain Sir Tom Moore died just weeks after flying back from Barbados with his family, and was not vaccinated against the virus due to his treatment for pneumonia.

His passing comes as Nadhim Zahawi, the Parliamentary Under-Secretary of State for COVID-19 Vaccine Deployment, said the UK is getting "safer every day".

Mr Zahawi said the NHS is on track to meet its target of vaccinating the top four priority groups by mid-February through a "close focus on the most vulnerable."

He told the House of Commons: "Our vaccination programme is our way out of this pandemic, and we appear to be past the peak, but this remains a deadly virus and it will take time for the impact of vaccinations to be felt."

The minister also said the number of Britons accepting a vaccination was "incredibly high" in the UK, with 85% of adults accepting the vaccine.