Child killer, 26, is sentenced to death for raping and murdering a four-month-old baby girl after snatching her from her sleeping parents in India

A man in India has been sentenced to death after the heinous rape and murder of a four-month-old baby girl.

The infant was sleeping with her parents on the streets of Indore when she was snatched by Naveen Gadke last month in an incident caught on camera, police claim.

Just 15 minutes later the now-convicted child killer was seen leaving the basement of a building where the girl’s blood-smeared body was found. 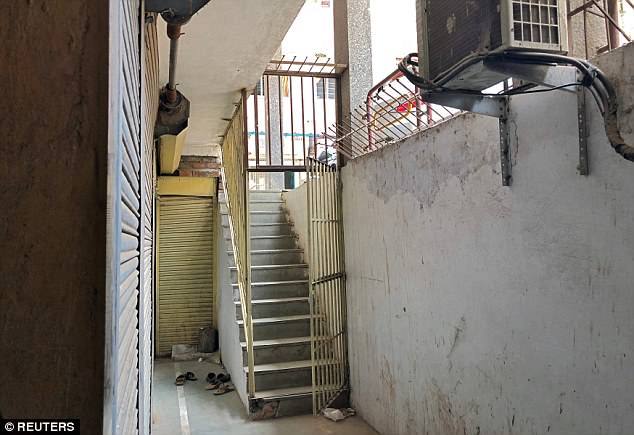 The location where the mortifying attack of a four-month-old girl took place in the city of Indore, central India

Naveen Gadke was captured on CCTV leaving the scene just 15 minutes after he took the infant, who was sleeping with her parents nearby

On April 20, Gadke was laying alongside a homeless family and their baby girl on the streets of Indore when he took away the child in the early morning.

She was taken to the empty basement of a building 50 metres from where her parents slept where she was brutally raped by odd-job man Gadke, an individual who was known the family, reports NDTV.

As the baby kept crying, Gadke killed her to shut her up.

The body was discovered later that morning by a shopkeeper who was opening his store.

Police and prosecutors worked at a furious pace to get the conviction of Gadke, reported Reuters.

The trial lasted 23 days after charged were brought against him within seven days of the crime.

The court sat for seven straight working days to hear the case, unusual in India where one court is often dipping in and out of several cases on the same day.

A government-run laboratory conducted tests on forensic evidence within four days of a police request, a process that usually takes more than a month.

Medical tests confirmed the infant was raped, and the semen from a vaginal swab was found to be a DNA match with Gadke.

After hearing details of his crime from special prosecutor Mohammad Akram Shaikh and witnesses, Judge Varsha Sharma found Gadke guilty and ordered his death by hanging.

‘This falls under the rarest of rare case and it would be appropriate to hand such a criminal the toughest punishment,’ the judge declared.

The swift conviction is the fastest known to have happened in modern India, a nation where public outrage has peaked in the wake of a series of rapes and killings. 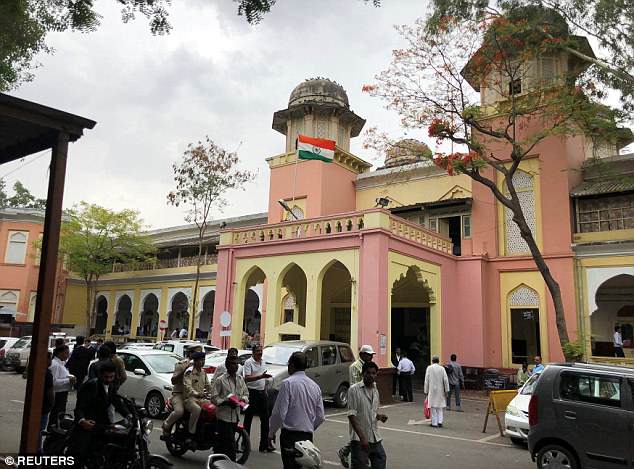 Gadke was sentenced to death by hanging at the district court in Madhya Pradesh. When he arrived, police reported that he was slapped and shoved by an angry gathering of a dozen lawyers.

Well-known Supreme Court lawyer Dushyant Dave, a vocal supporter of capital punishment, said India ‘needs to send at least 500 people to death in the next one year to end this endemic’ of rape.

Such views have resonated with the mother of the dead four-month-old girl as she sat on the front yard of a 200-year-old palace where her homeless family sleeps in the open.

She told Reuters she was happy with the swift verdict but her daughter would get justice only when Gadke is hung to death, just as quickly.

‘Once such men are hanged, no one will dare to do anything like this to any girl,’ she said.

Rape victims and their families cannot be identified under Indian law.