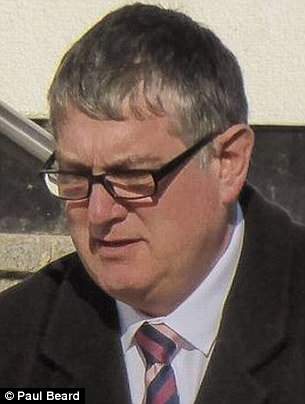 Ian Knight, 55, of Nuneaton, Warwickshire who is a former soldier was found guilty of 10 sex offences

Victims of a child rapist, who enjoyed a day out in Buckingham Palace to watch his wife being given an MBE, have spoken of their fury that he could attend such a ‘worthy occasion’.

Ian Knight, a former soldier was found guilty of 10 sex offences, including repeatedly raping one of his four victims from when she was just eight.

The 55-year-old beast attended the palace with his wife, Major Pauline Murray-Knight, which took place on the same day celebrities Ed Sheeran and JK Rowling were being honoured.

Knight watched as the Duke of Cambridge presented Pauline with an MBE for her mental health work.

She has also counselled male and female rape victims.

Speaking to the Sunday People, one of Knight’s victim’s said: ‘He is a truly appalling man who has ruined my life.

‘I can’t believe he was at the palace while police were aware he was accused of such serious offences.

Following the Palace trip in December, Knight, of Nuneaton, Warwickshire, was jailed for 12 years in March.

Warwickshire Crown Court was told he raped an eight-year-old girl several times when he was in his early teens.

During a game of hide and seek Knight also assaulted a young boy. 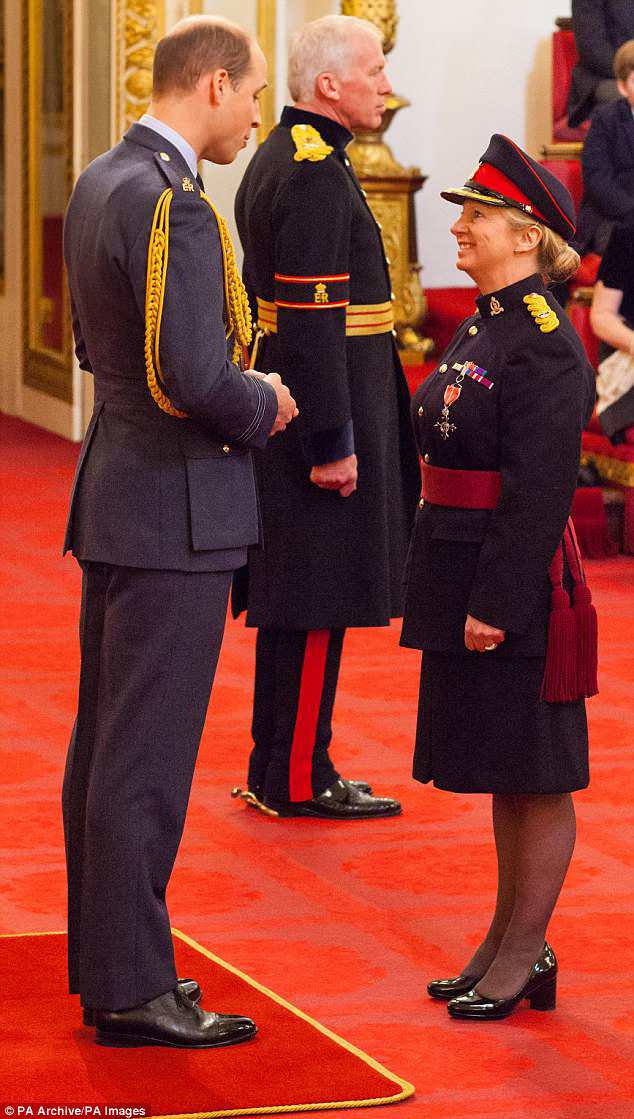 Major Pauline Murray-Knight was made an MBE by the Duke of Cambridge at Buckingham Palace, which Knight attended

The creep managed to evade ­justice for 40 years until one of his victims went to the police, after many years of counselling, which saw his other victims come forward.

The victim ­added: ‘To find out the man ­responsible for my trauma has been to such a worthy occasion fills me with fury.

‘His victims are deserve recognition and not him. I hope we can all find peace and he rots in prison where he belongs.’