SANTIAGO (Reuters) – Chilean President Sebastian Pinera said on Saturday he would shake up his cabinet to quell a week of mass protests against inequality that have rocked the South American nation. 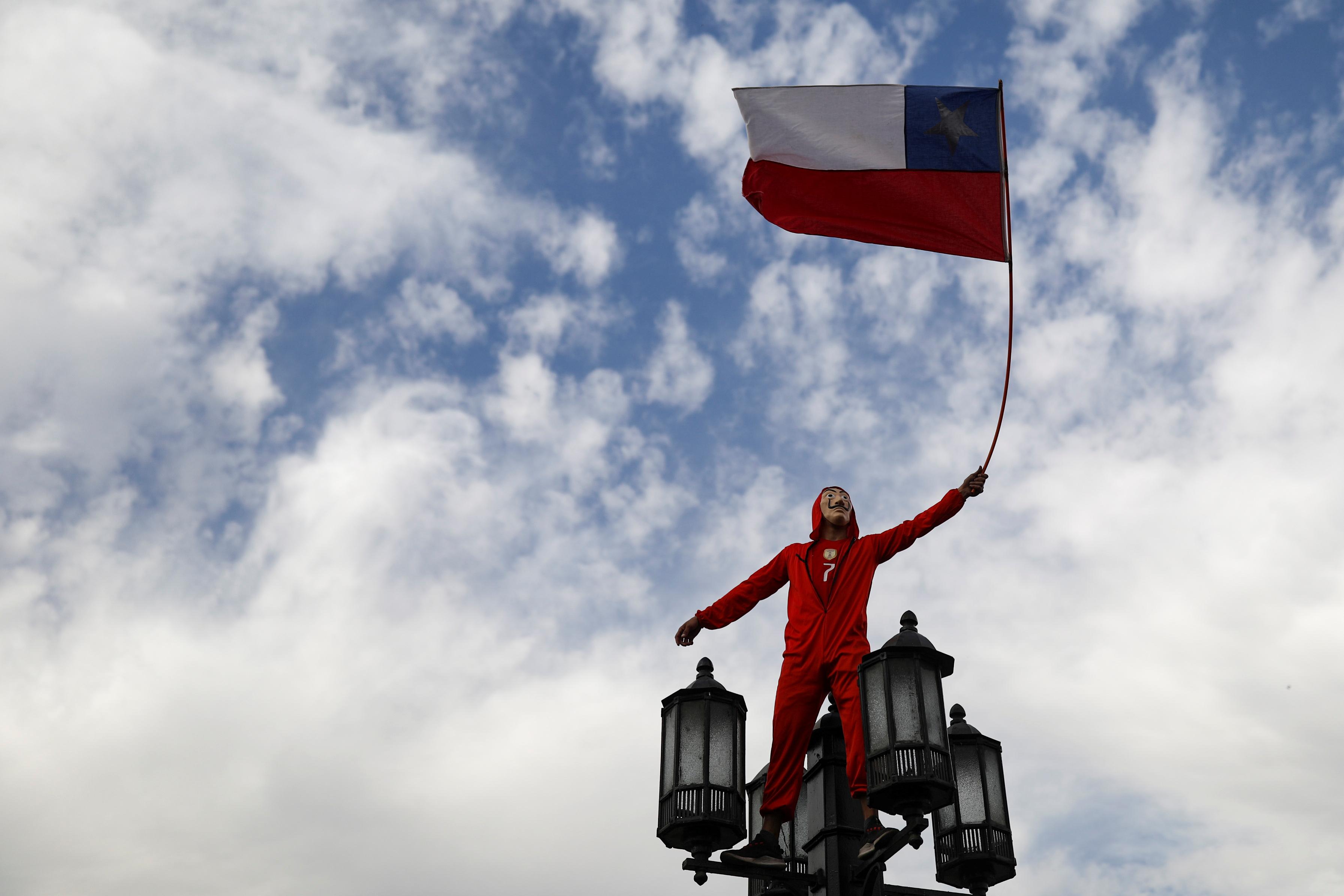 His announcement follows a peaceful rally late Friday that saw 1 million Chileans flood the streets to call for reforms to the country´s social and economic model.

“I have put all my ministers on notice in order to restructure my cabinet to confront these new demands,” Pinera told reporters from the La Moneda presidential palace.

Pinera did not announce the specifics of the reshuffle, nor did he say when he would announce them.

A document obtained by Reuters, however, suggested Pinera was considering replacing the heads of at least nine ministries, including the ministries of interior, defense, economy, transportation and environment.

Protests in Chile began over a hike in subway fares more than a week ago but boiled into riots that have killed at least 17 people, resulted in more than 7,000 arrests and caused more than $1.4 billion of losses to Chilean businesses.

The center-right Pinera, a billionaire businessman, called for a new “social pact,” earlier this week in response to protesters’ demands. He has promised to boost the minimum wage and pensions, ditch fare hikes on public transportation and fix the country’s ailing health care system.

Chile’s unrest is the latest in a flare-up of protests in South America and around the world – from Beirut to Barcelona – each with local triggers but sharing in common anger at social disparities and ruling elites.

The riots prompted Pinera to declare “war” on vandals and put the military in charge of security across much of the country. Santiago has been on lockdown every night this week, with strict curfews enforced by thousands of heavily armed soldiers on the streets.

The move sparked outrage among many in Chile, who said his words and actions harkened back to the grim era of military rule under dictator Augusto Pinochet.

Speaking with reporters Saturday morning, Pinera said he would lift the state of emergency Sunday evening at midnight “if circumstances allow.”

Chile´s military said Saturday the city “had tended to normalcy…thanks to the contribution of all of its citizens,” adding it would not enforce a curfew on Saturday evening.