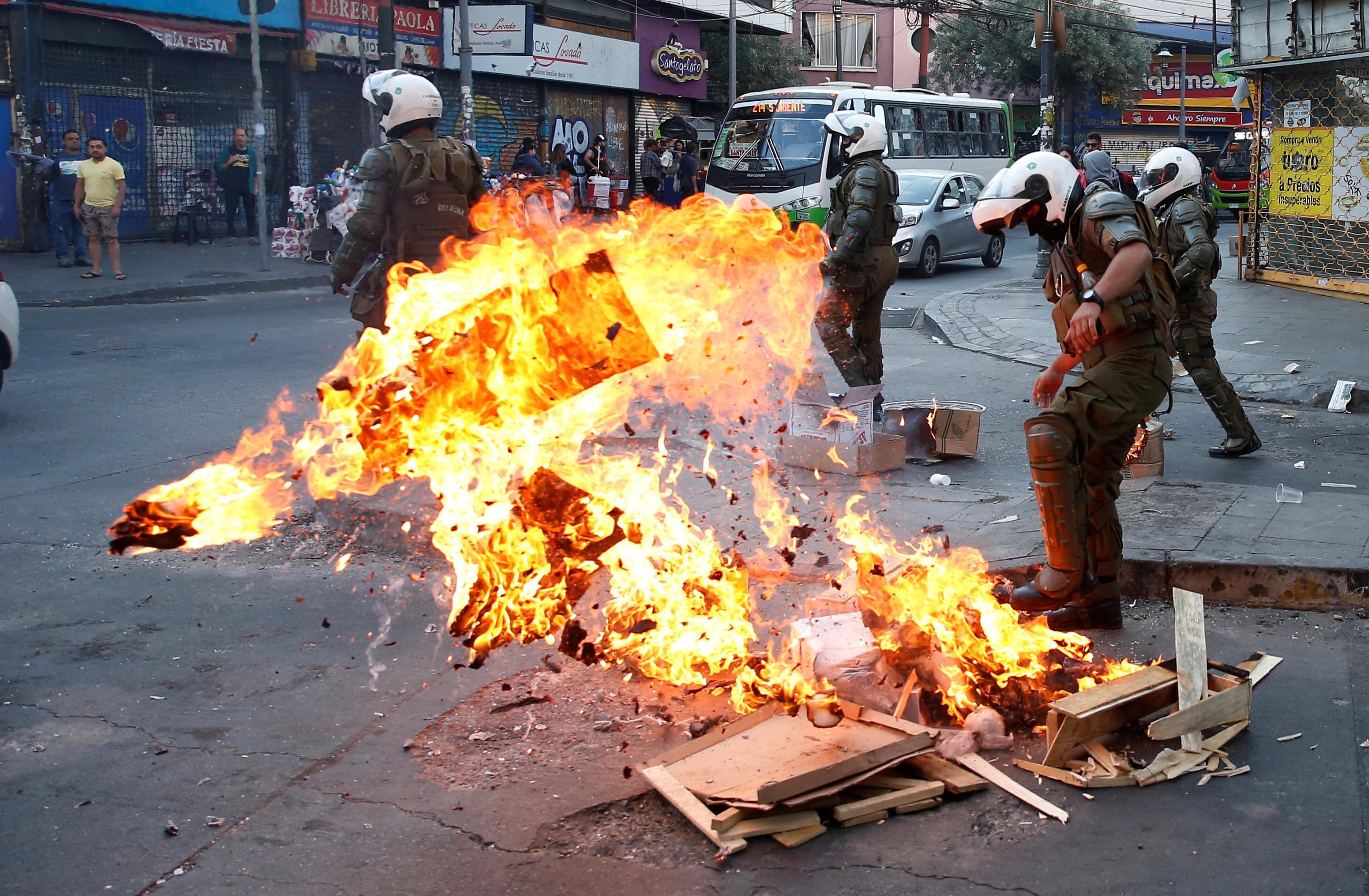 SANTIAGO (Reuters) – Chileans are increasingly turning to bikes to get to work after weeks of rioting have hobbled Santiago’s metro system, destroyed hundreds of stop lights and left broken glass and debris littering its once-orderly streets.

The unrest, the worst faced by Chile since it emerged from dictatorship in 1990, has left at least 26 dead and caused more than $1.5 billion in business losses, devastating the economy.

Though protests have simmered down in recent weeks, the damage to streets, squares and the metro remain. Traffic is regularly snarled at downtown intersections that now have no stop lights and where motorists must fend for themselves.

Cycling has emerged as the obvious solution, says Tomas Echiburu, a researcher with the Urban Development Center at Chile’s Universidad Catolica.

“Before the crisis … 450 cyclists per hour passed through here at peak commute,” he said. “Immediately after the crisis, that quantity has doubled, to 900 per hour.”

Bikes now outnumber cars at many intersections during rush hour, and cyclists in shiny new Spandex gear and fluorescent helmets are seen zipping down tree-lined bike lanes throughout much of the business district.

“Since the crisis began, the streets have filled with [cyclists],” said 60-year-old Ana Guzman as she pedaled to work at a local healthcare center. “Before, you could walk peacefully, but now it’s all congested.”

“Sales have taken off,” said Jorge Arancibia, a local shop owner. “People need to get around and so they’ve either dug out their old bike or bought a new one.”