One of the teenagers scaled Maureen Whale's side fence and opened the gate to let two other youngsters in before they robbed the 77-year-old's home in Barnet just before 6pm last night. 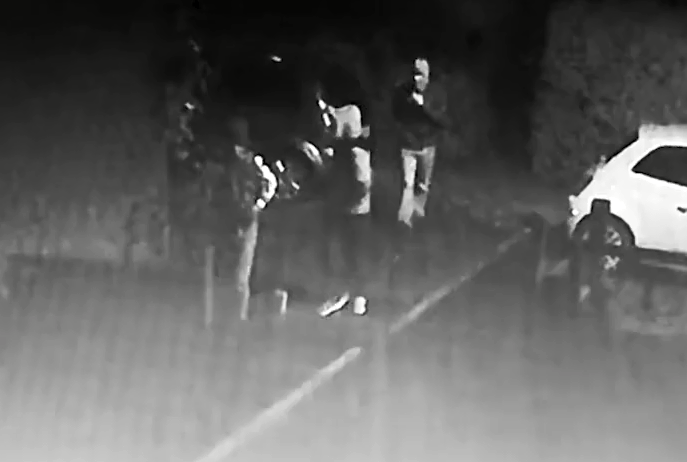 Two then broke in through a side door while a third accomplice was seen staring through a rear window to keep a lookout.

Tragically, Mauren died this morning after trying to report the break-in at her home yesterday teatime.

The brazen boys are then spooked when a neighbour turns a light on, prompting the louts to sprint out of the property.

It has now emerged the youths had targeted two properties opposite Maureen’s and they were eventually strolled away after fleeing the scene. 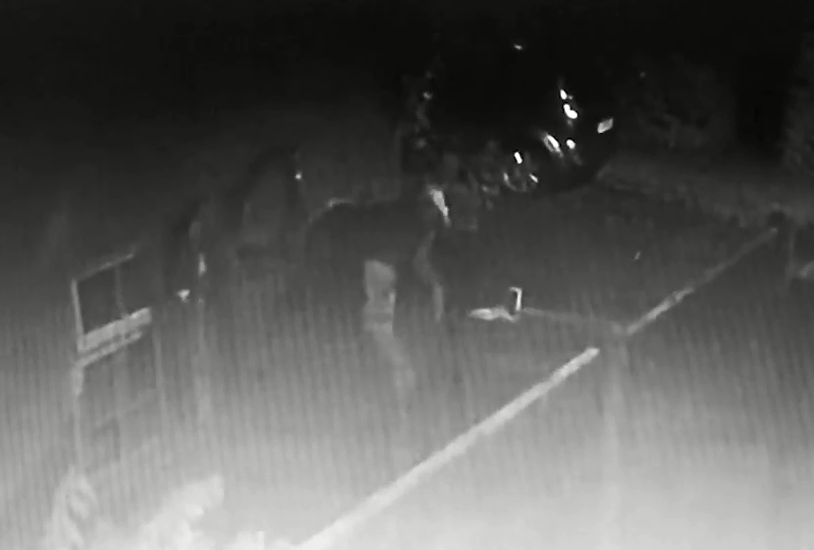 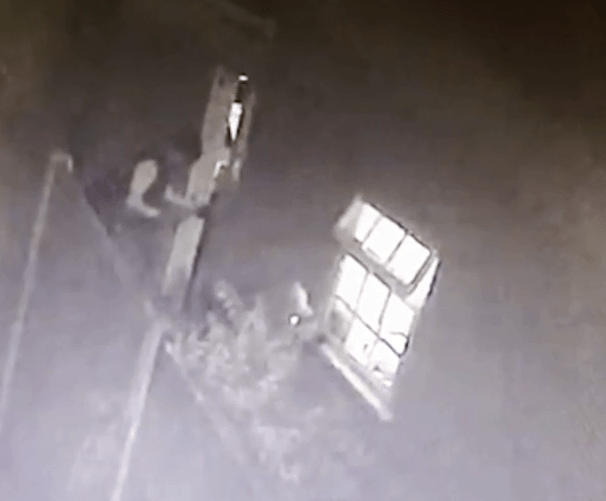 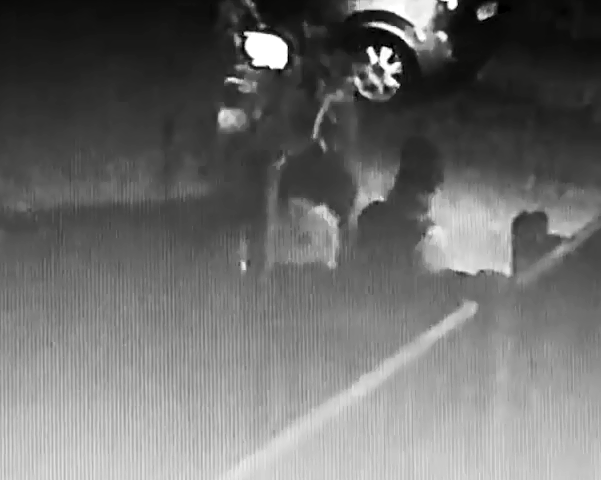 A Metropolitan Police spokesperson said: “The victim called police after two suspects had forced entry to the premises and had stolen property.

“While on the telephone to the police operator, the woman collapsed. Police and London Ambulance Service attended – emergency CPR was given by attending officers.

“The 77-year-old woman was taken to a north London hospital in a critical condition. She died on the morning of Wednesday, December 5."

Michael Murphy, 55, said Maureen was a “quiet woman who kept herself to herself”. 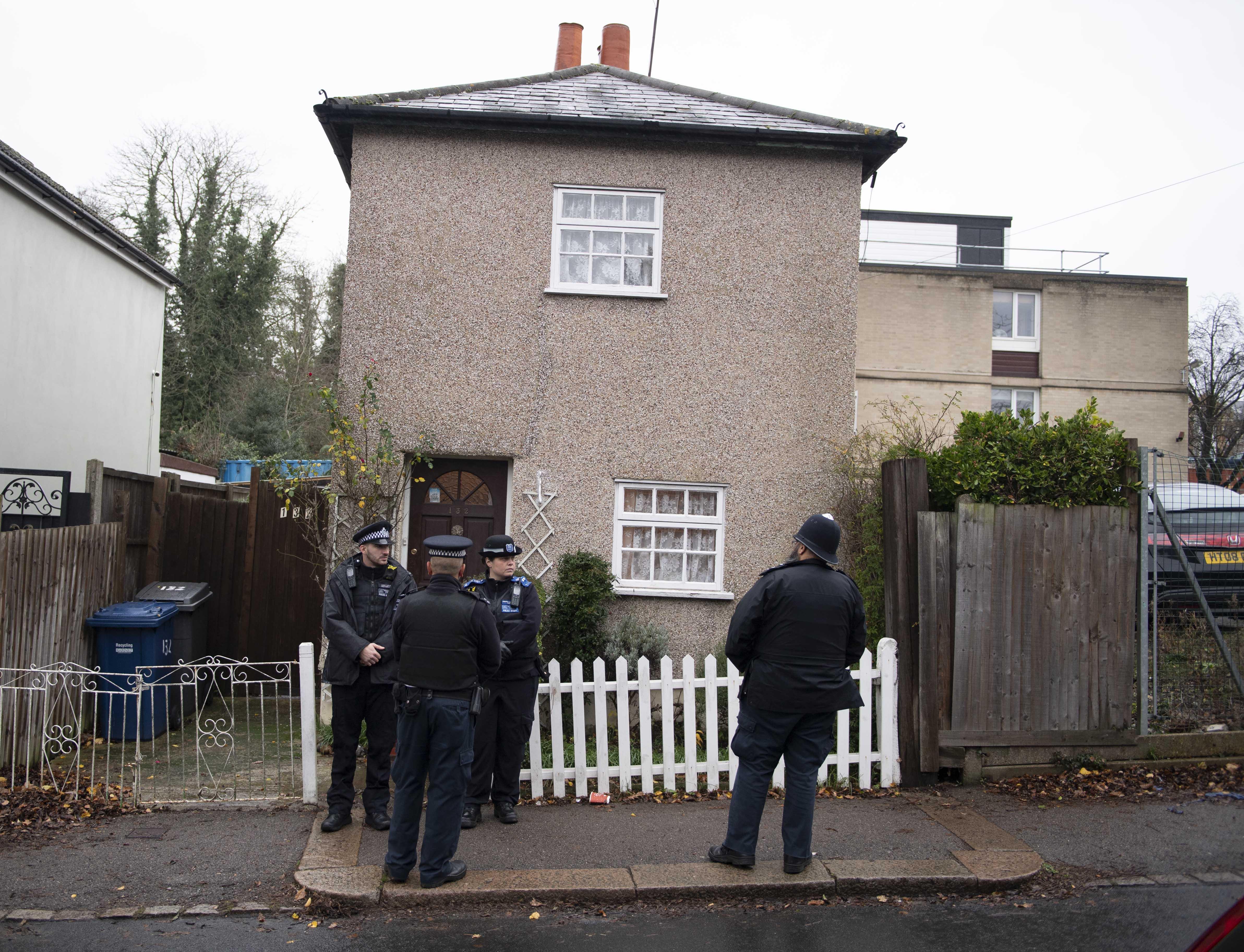 He said she lived on her own and was obsessed with gardening and loved looking after her roses.

Michael is also convinced two boys, aged between 12 and 14, were keeping a lookout on bikes as the three boys entered Maureen’s home.

More CCTV footage shows the youngsters slowly riding their bikes outside the house.

Plain-clothed officers then sprint out of the vehicle to rush to Maureen’s property. 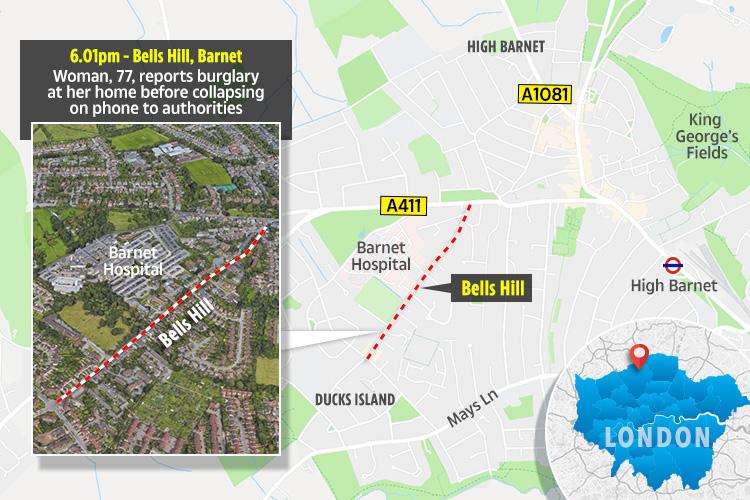 Neighbours said Maureen has lived in the property her whole life and would often leave her back door open.

Michael told The Sun Online: “I came home at 6pm and turned my light on and it must’ve spooked the three boys at Maureen’s.

“I saw two other boys, who were younger, riding bikes and I believe they were keeping a lookout.

“The CCTV is chilling. One of the boys was wearing gloves and it looks like one of them was wearing a balaclava.”

POLICE are continuing to investigate the tragic death of an elderly man who died after being battered by thieves at his home.

Peter Gouldstone, 98, suffered fatal injuries after being dragged from his home of more than 60 years in Arnos Grove, North London.

Burglars ransacked his home but escaped with just a few personal possessions and a black Panasonic TV.

The dad of two was found the next morning by his son Simon, 67.

He and sister Jane, 60, kept a vigil by his hospital bedside before Peter died on Friday.

The attack caused outrage and prompted The Sun to set up a JustGiving ap­peal.

So far, no arrests have been made.

He added: “It’s terrible what has happened.

“She had paid her debt to society but these little toe-rags decided to rob her home.

“She loved pruning her roses and was always well dressed."

DCI Noel McHugh from the Homicide and Major Crime Command said: “Our focus now is catching the culprits behind this burglary which has contributed to the death of an elderly woman.

“We are doing everything we can to build a clear picture of this incident."