John Lewis, 55, was given a life sentence for fatally stabbing girlfriend Terrie-Ann Jones, 33, 26 times at a property in Neath, South Wales last January. 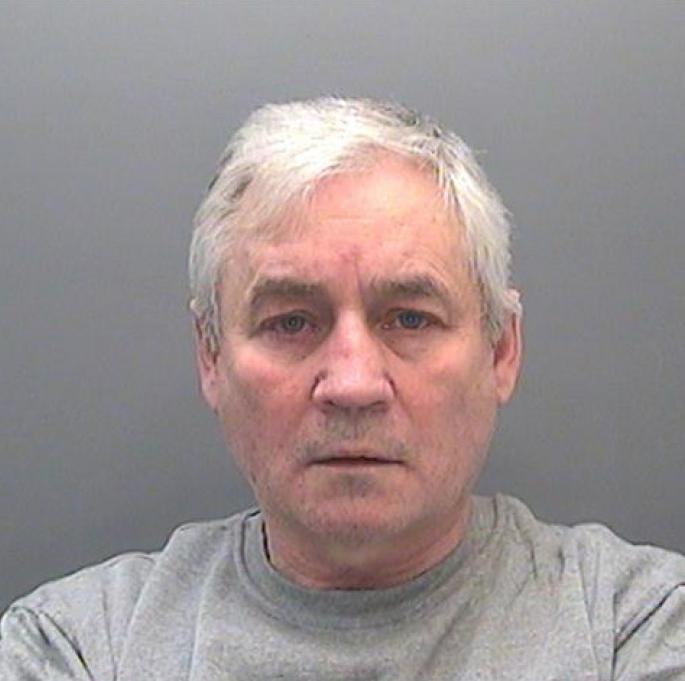 After the killing, he took money from Terrie-Ann's purse and went to the pub in "good spirits."

A court heard Lewis handed himself in to police later that night – telling them: "I've killed somebody."

He pleaded not guilty to murder and claimed he was acting in self-defence, but he was found guilty by a jury at Swansea Crown Court.

In CCTV footage captured in the hours after Terrie-Ann's death, John Lewis can be seen in Schooners pub in Briton Ferry, near Neath, South Wales calmly buying pints for friends at the bar.

And in further footage released by police Lewis says: "Sorry about this… I'm just f***ing shocked… I had to go tell my mother what I done. I thought that was a decent thing to do." 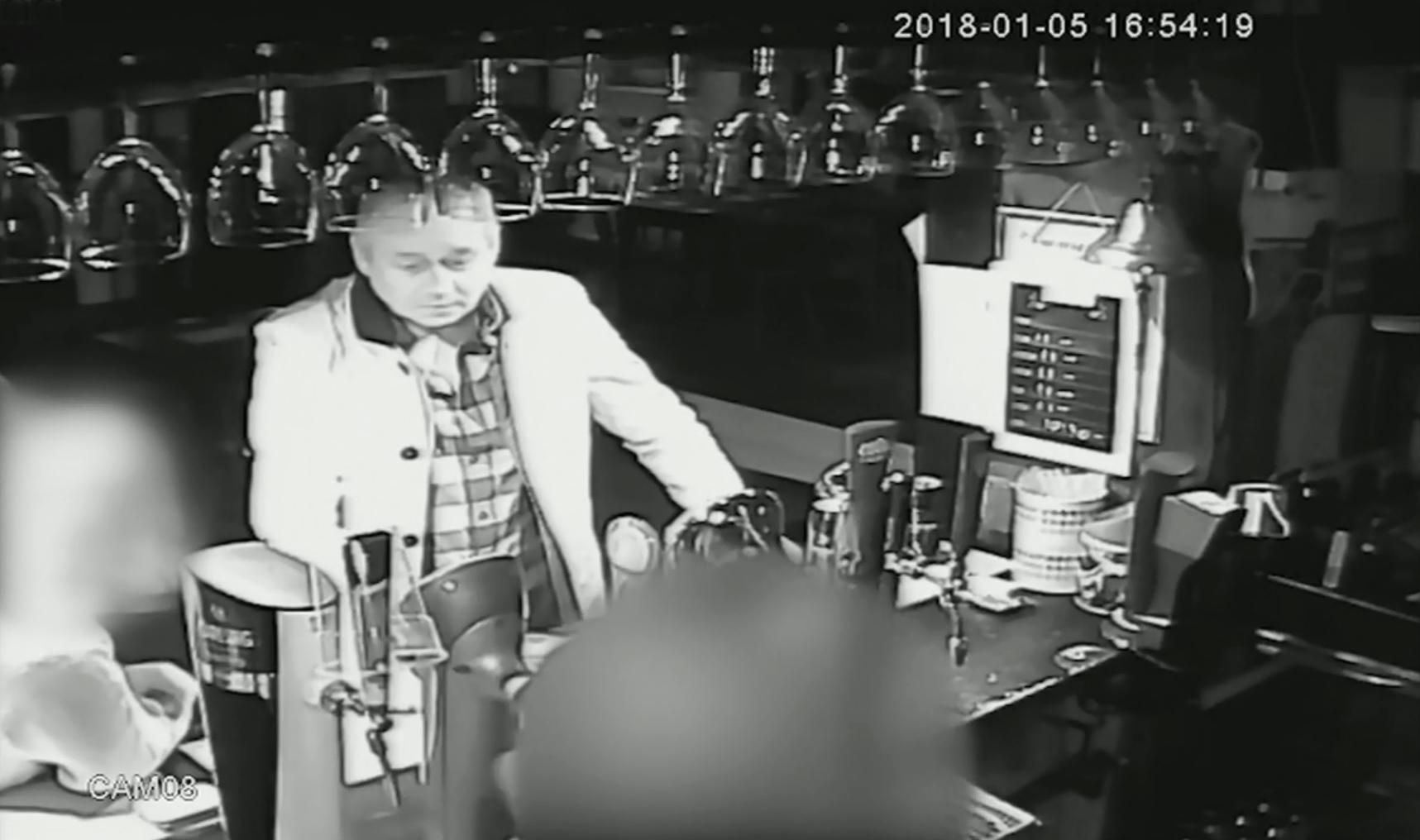 Lewis told police he had gone to collect his clothes from the house when Terrie-Ann "threw him down the stairs" before grabbing a knife.

Lewis also said it happened because he's "anti-drug" and claimed Terrie-Ann had "cocaine coming from her nose". 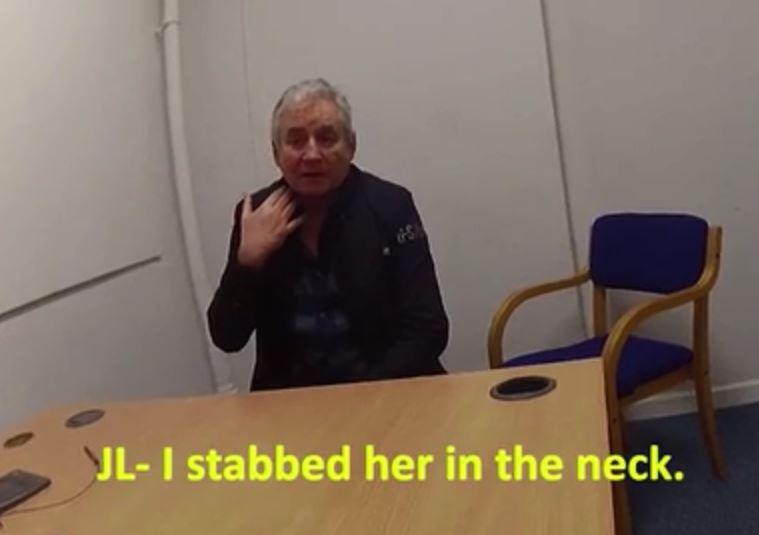 At Swansea Crown Court, prosecutor Mike Jones QC said the pair had been arguing about their relationship when Lewis attacked her in the kitchen.

The court heard two days before her death Terrie-Ann told a friend that she had met someone else and was going to end the relationship.

Mr Jones said: "Lewis claimed that when he went to the house to collect his belongings it was he who had been attacked by Miss Jones with a knife and he defended himself."

Terrie-Ann had 13 stab wounds to her neck, three to her collarbone and two to her chest.

Mr Jones said: "She also had a number of wounds to both hands typical of defence injuries."

When police found Terrie-Ann there were trails of blood on the doors, kitchen units and drops of blood on her handbag. 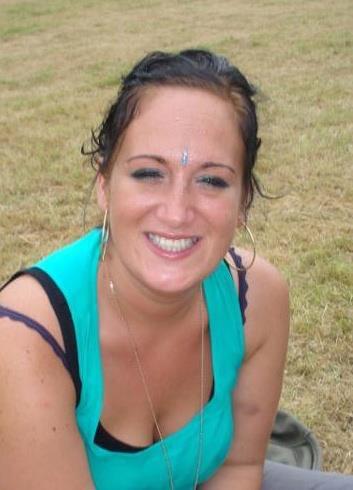 There was also blood found inside her purse at the house in Cimla, Neath, South Wales, on January 5.

The court heard Terrie-Ann had an 8cm deep wound into her heart.

Mr Jones said: "A serrated knife was found in the kitchen. The blade was bent significantly."

Lewis told police Terrie-Ann was injured when he tried to get the knife off her.

He claimed when he left the house Terrie-Ann said to him: "I love you, I'm sorry."

Lewis said he locked the door and threw the key down a drain – to "signify the relationship was over."

He told police: "When I left the house I honestly believed she was ok.

"I knew she was in a bit of blood but I didn't know it was that bad to be honest with you."

Lewis told police he had been walking around "in a daze" after the killing, and had gone to see his mother and sister before going to the police station.

But CCTV shown to the jury shows him drinking in Schooners pub in Briton Ferry, near Neath, South Wales, before going to police.

In a 999 call played to the jury Lewis can be heard saying: "I've killed somebody. My girlfriend."

He is a dangerous, calculating predator who from day one preyed on our Tan’s caring nature

Lewis, of Briton Ferry, had £60 in cash when he was arrested and Terrie-Ann's DNA was found on one of the notes.

After the verdict, her family said: "He is a dangerous, calculating predator who from day one preyed on our Tan’s caring nature.

"She was patient, kind, had a fantastic sense of humour and was quite literally the life and soul of the party.

"Her passing has forever changed the lives of her daughter and little boy, who at nine years old doesn’t understand why his mummy isn’t here to play with him anymore.

"We are thankful that he will no longer be able to hurt any other person. He has been found guilty of the murder of our Tan and will hopefully spend the rest of his life in prison, which we feel is nothing short of what he deserves."

“This was a brutal and needless attack which rocked the community and impacted on the lives of so many.
"John Lewis will now spend a significant amount of time in custody as a result of his actions; and I hope this provides some comfort to those closest to Terrie-Ann and allows them to begin rebuilding their lives. "