The Colorado man convicted of killing his pregnant wife and two young daughters confessed chilling new details to investigators about how he carried about the crimes, according to a report released by authorities Thursday.

The alleged details surfaced when investigators met with convicted killer Chris Watts on Feb. 18 at the Dodge Correctional Institution in Waupun, Wisconsin.

Chris Watts told investigators he put both of his hands around his wife Shanann Watts’ neck and strangled her at their home in August, according to the report.

“Every time I think about it, I’m just like, did I know I was going to do that before I got on top of her?” he told investigators, according to the report. “I don’t even want to say it felt like I had to. It just felt like there was already something in my mind that was implanted that I was gonna do it and when I woke up that morning it was gonna happen and I had no control over it.” 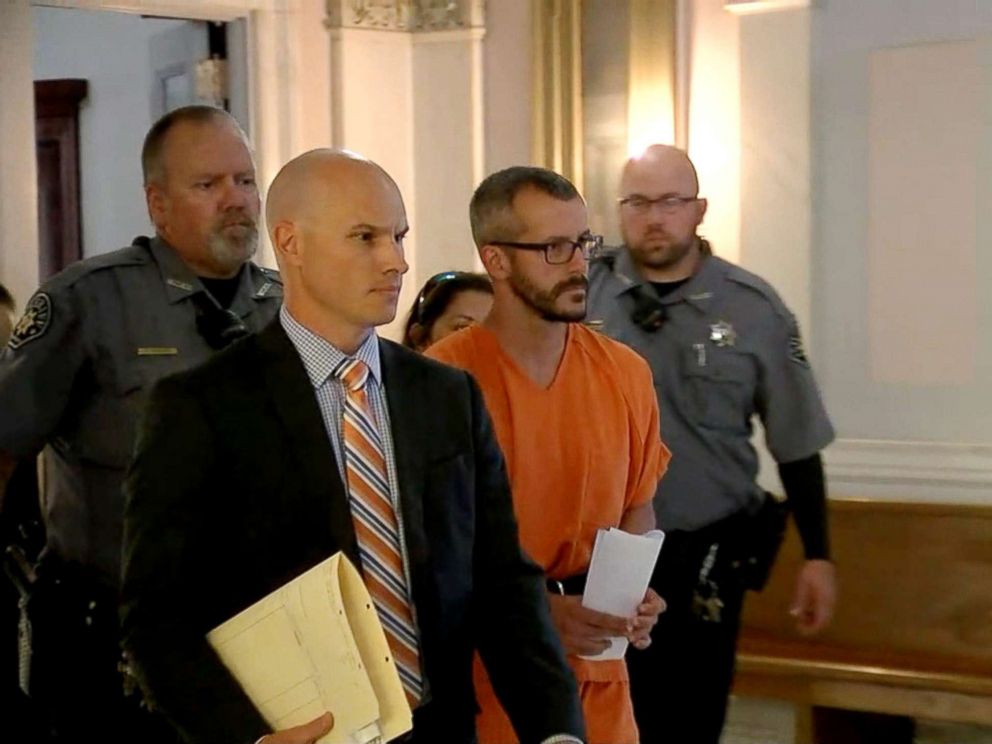 He said his wife never fought back or screamed, according to the report.

Watts told investigators his 4-year-old daughter, Bella, walked into his bedroom holding her blanket and asked what was wrong with his mother; he told her that her mom didn’t feel well, the report said.

Watts wrapped his wife face-down in a bed sheet and tried to carry her downstairs, but lost his grip and ended up pulling her down the stairs, the report said.

Bella watched her father drag her mother down the stairs and began to cry, and asked, “What’s wrong with mommy?” Watts told investigators.

Watts then backed his truck into the driveway and put his wife’s body into the backseat on the floorboard, and when he came back inside, his 3-year-old daughter, Celeste, was awake, he told investigators.

Watts told investigators he put both daughters in the back of his truck on the bench seat, and he said Bella asked, “Is mommy okay?”

Bella and Celeste each had a blanket with them and Celeste had a stuffed animal, Watts told police, the report said.

Watts then started to drive to the oil site where he had worked, and during the ride, his daughters dozed off and on and laid in each other’s laps, he told investigators.

At the oil site, Watts told police he took Shanann Watts’ body out of the truck and laid her on the ground near where he ultimately buried her, the report said.

Bella and Celeste, who were in the truck, asked him, “What are you doing to mommy?” the report said. But he doesn’t remember what he told them, according to the report.

Watts told police he put Celeste’s blue Yankees blanket over her head and strangled her in the backseat, the report said.

Bella was sitting next to Celeste at the time but Bella did not say anything, Watts told police, according to the report.

Watts told police he took the 3-year-old’s body to the oil tank and dropped her inside.

Watts told police he later killed Bella and dropped her body into a separate oil tank and then buried his wife’s body, the report said.

Chris Watts was sentenced in November to life without parole for the murders of his wife, Shanann Watts, 34, and their daughters Bella and Celeste.

In August, right after Shanann Watts and the children went missing, Chris Watts lied to reporters, saying his family disappeared.

“When I came home and then walked in the house, nothing. Vanished. Nothing was here,” he told ABC Denver affiliate KMGH. “My kids are my life.”

Within days, Chris Watts was arrested and the bodies of his wife and children were found.

Chris Watts pleaded guilty to all charges again him, and in exchange, prosecutors did not pursue the death penalty.

This story is developing. Please check back for more updates.