Chian claims nearly all of the disputed sea where it has built military installations on artificial islands. 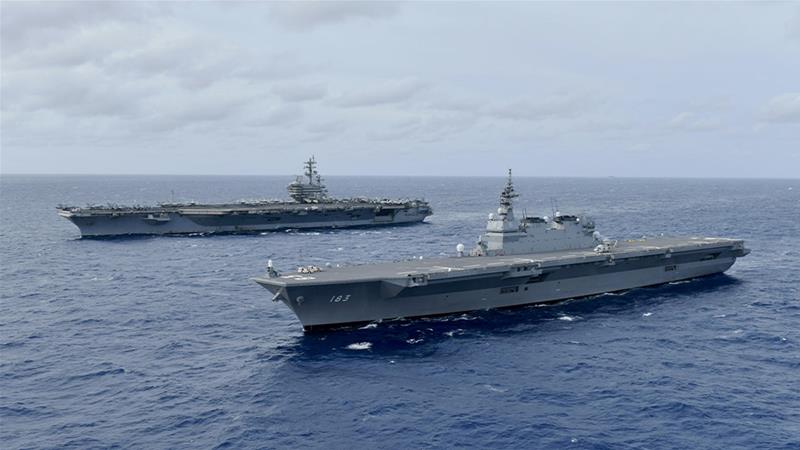 China on Monday called on the United States to stop flexing its muscles in the South China Sea and to avoid adding “new uncertainties” over Taiwan, during high-level talks that highlighted the tension between the world’s two major powers.

It also came a day after Esper publicly accused Beijing of “increasingly resorting to coercion and intimidation to advance its strategic objectives” in the region. 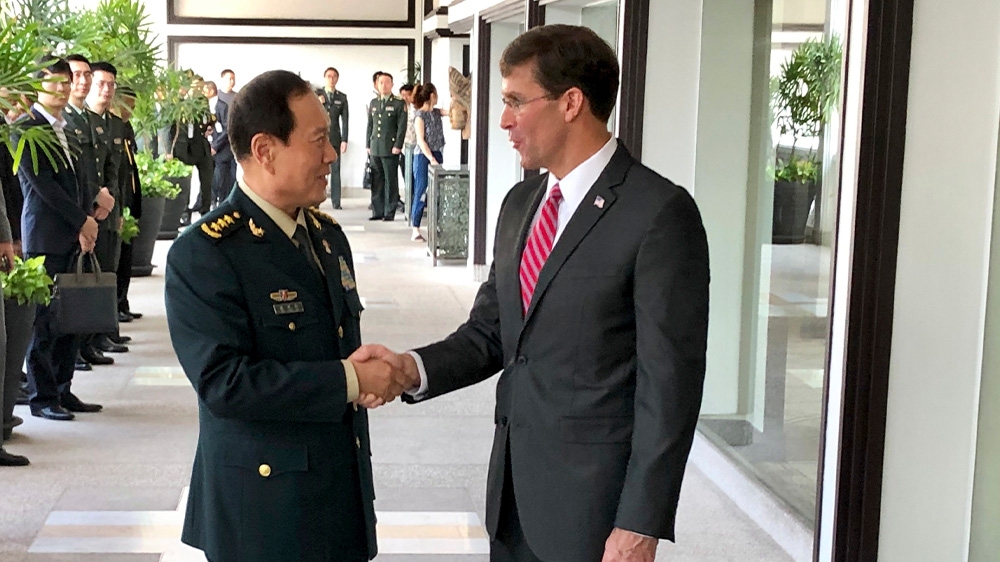 China claims almost all the energy-rich waters of the South China Sea, where it has built artificial islands to establish military outposts. Brunei, Malaysia, the Philippines, Taiwan and Vietnam also have claims to parts of the sea.

The US accuses China of marshalling its military to convene in the South China Sea and trying to intimidate Asian neighbours.

China is upset by so-called “freedom of navigation” operations by US ships in the disputed seas.

The two men also discussed Taiwan, a democratic self-ruled island that China claims as its own, as China confirmed on Monday that its first domestically-built aircraft carrier had sailed through the Taiwan Strait in what it said was “routine” training.

Taiwan’s defence ministry said on Sunday a group of Chinese vessels led by the carrier passed through the sensitive strait tailed by ships from the US and Japan.

The carrier, which was launched in 2017, crossed the sensitive waters on Sunday before entering the South China Sea for “scientific research tests and routine training”, navy spokesman Cheng Dewei said on an official social media account.

Cheng said it was “normal practice” for carriers that are under construction to conduct cross-regional tests.

“It is not aimed at any specific target and has nothing to do with the current situation,” Cheng said without elaborating.

It did not mention the US and Japanese ships.

Taiwan has accused the mainland, which considers the democratically-ruled island a wayward province, of intimidation ahead of January’s presidential election.