Beijing: China has denied allegations that its forces targeted US military aircraft with high-powered lasers near its military base in Djibouti, resulting in minor injuries to two American pilots.

On Friday, the US accused China of mounting a campaign of harassment against its forces in the Horn of Africa by using military grade lasers to disorient its fighter pilots. 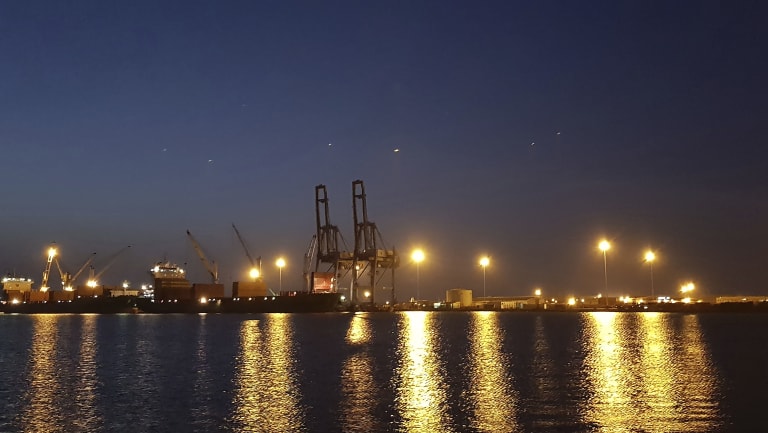 The port of Djibouti, an arid Horn of Africa nation with less than 1 million inhabitants, has become a military outpost for the US, China, France, Italy and Japan.

The Pentagon issued a formal complaint, demanding that Beijing investigate a series of incidents in recent weeks in the skies above Djibouti, where China and the US operate military bases just kilometres apart. The Pentagon said the incidents represented a serious threat to US airmen and warned them to exercise caution when flying near certain areas.

Foreign Ministry spokeswoman Hua Chunying said China had informed the UUS that "after strict verification, we have told the US side that what they alleged is absolutely untrue". 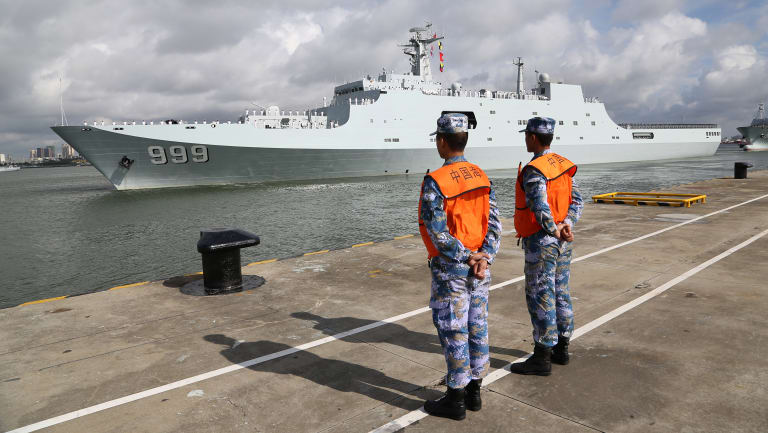 A Chinese ship heading to the Djibouti base last year.

The Defence Ministry issued a similar denial, saying it had refuted the accusations from the American side through formal channels.

"China always strictly abides by international law and the law of the country of residency and is committed to maintaining regional security and stability," said the statement posted to the ministry's microblog.

The pilots suffered minor eye injuries. There were no aircraft crashes or other more serious problems. 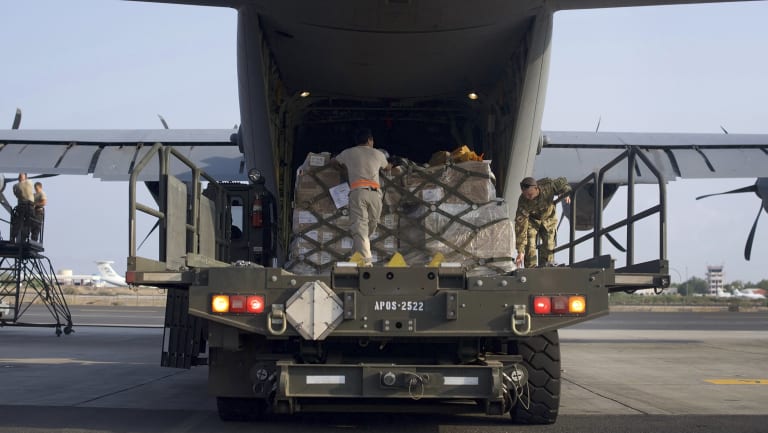 US air force personnel load pallets of medical and humanitarian aid supplies destined to Somalia at at Camp Lemonnier, Djibouti.

Lasers present a serious problem because when aimed at aircraft they can injure pilots or temporarily blind them – which can present safety risks particularly as they are taking off and landing.

Djibouti stunned Washington by allowing China to build its first overseas military base, completed last year, within 18 miles of Camp Lemonnier, headquarters of US Africa Command.

While China stated originally that the base was intended as a logistics hub for UN peacekeeping missions and anti-piracy patrols, it is seen as part of a Chinese military expansion into the Indian Ocean that has alarmed regional rival India.

The military confrontation between the two powers is the most serious so far in Africa, where Beijing has worked assiduously to project its growing economic and geopolitical heft.

Washington's fears that the Chinese were planning to mount surveillance operations of US counter-terrorism operations in Somalia and Yemen were brushed aside after China pledged about $1.7 billion to upgrade Djibouti's ports and airport.

Home to 4000 US service personnel, Camp Lemonnier also serves as a platform for American special forces and drone operations against Islamist militants. Djibouti has become the scene of deep international intrigue, drawing comparisons with Vichy Casablanca.

France, Italy and Japan also have military bases in the tiny country with a population of under a million, while Saudi Arabia is believed to be angling for one.

Spanish and German troops are also stationed in Djibouti, which is considered of strategic importance because of its relative stability. It also sits on the Bab el-Mandeb, or the "Gate of Tears", the strait separating Africa from the Arabian peninsular, which guards the entrance to the Red Sea and the Suez Canal. "It's a serious matter and we're taking it very seriously," said Dana White, the Pentagon's chief spokesman.