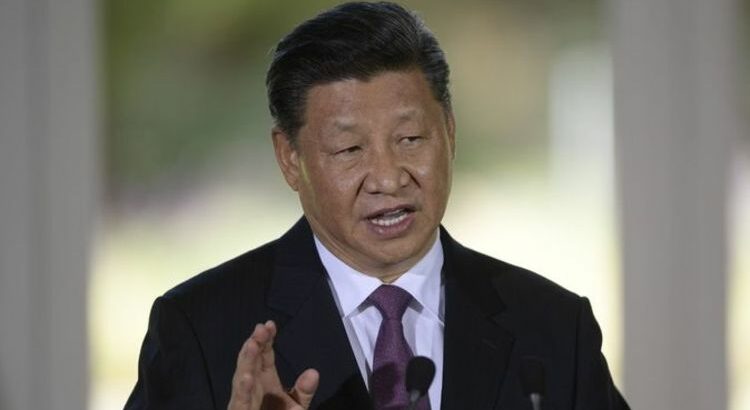 “If Australian troops come to fight in the Taiwan Straits, it is unimaginable that China won’t carry out a heavy attack on them and the Australian military facilities that support them,” he tweeted.

“So Australia (had) better be prepared to sacrifice for Taiwan island and the US.”

He ended the message with a thumbs up emoji.

Mr Xijin’s warning came after the Financial Times reported Australia was prepared to team up with the US in order to defend Taiwan from a Chinese invasion.

China has repeatedly staked its claim on the democratically ruled island of Taiwan and has not ruled out using force to reunify the island with the mainland.

The threat appeared to be a response to remarks Peter Dutton, Australian Defence Minister, said on Saturday it is “inconceivable” for Canberra not to join the US in defending Taiwan.

“We need to make sure that there is a high level of preparedness, a greater sense of deterrence by our capability, and that is how we put our country in a position of strength,” he said.

“China is an economic and military superpower. They spend 10 times a year more than what we spend on our defence budget, and every 18 months they produce, on a tonnage rate, more by way of military assets than the whole Royal Navy has in her fleet.

“So the thought that we could compete with China is of course nonsense. That’s not the question before us. The question is, would we join with the US?

“It would be inconceivable that we wouldn’t support the US in an action if the US chose to take that action.

“And again, I think we should be very frank and honest about that, look at all of the facts and circumstances without pre-committing, and maybe there are circumstances where we wouldn’t take up that option.

“I can’t conceive of those circumstances.”

On Wednesday, Anthony Blinken, US Secretary of State, also staked his support for Taiwan and said the US and its allies would take “action“ if China were to use force in an attack against Taiwan.