Beijing: The Chinese air force has landed long-range bombers for the first time at an airport in the South China Sea,  a state newspaper reported on Saturday, in a move likely to further fuel concerns about Beijing's expansive claims over the disputed region.

The China Daily newspaper reported that the People's Liberation Army Air Force conducted takeoff and landing training with the H-6K bomber in the South China Sea. 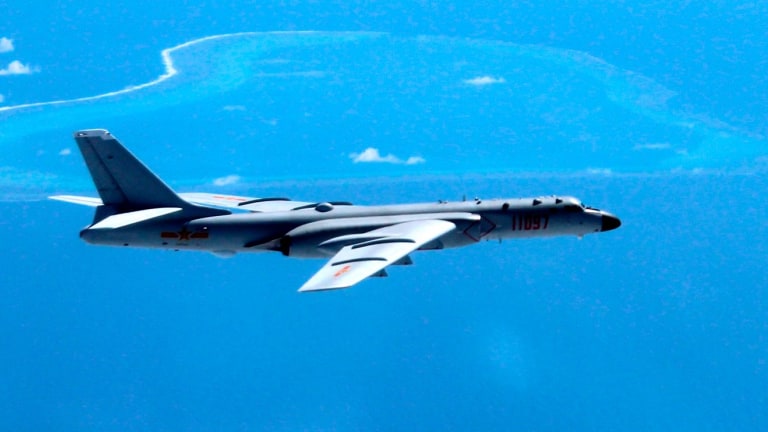 In this undated photo released by Xinhua News Agency, a Chinese H-6K bomber patrols the islands and reefs in the South China Sea.

With a combat radius of nearly 1900 nautical miles (3520 kilometres), the H-6K bomber would put all of South-East Asia in its range from Woody Island, AMTI said.

Farther south in the Spratly group of islands, China has constructed seven man-made islands and equipped them with runways, hangers, radar and missile stations, further cementing its vast territorial claims in the busy waterway.

The US and others accuse Beijing of militarising the region to bolster its claims. Admiral Phil Davidson, the new head of the Pacific Command, said recently that China had reached the tipping point in its control over the South China Sea.