Daredevils can now take a brisk stroll hundreds of feet above the ground on a cliff-side walkway that measures less than 20 inches in width.

The extreme attraction opened late last month and is part of a via ferrata path, which is a rock-climbing route with a safety system permanently installed. 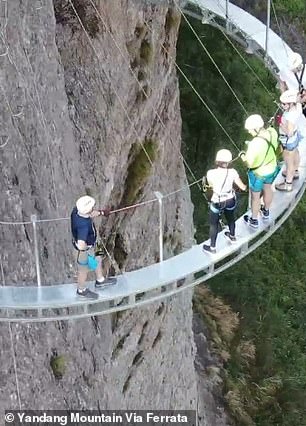 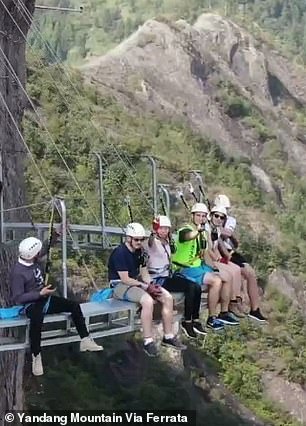 A via ferrata, an Italian term which means ‘an iron way’, gives people with little or no experience in rock climbing the opportunity to scale or move across precarious cliffs safely and without heavy-duty climbing equipment. 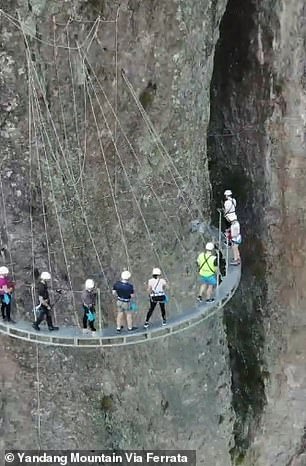 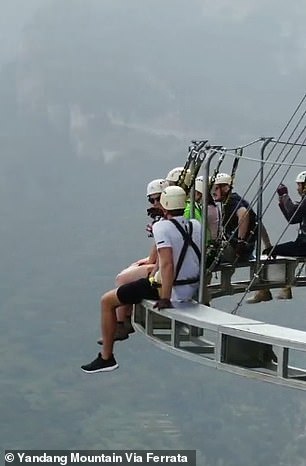 Daredevil tourists can walk or chill on the gravity-defying attraction after being strapped into harness. The crescent-shaped walkway is part of a 2,952-foot-long rock-climbing route

All of the three routes are fitted near the top of 300-metre-tall (984-foot-tall) Taping Peak, and the whole project cost £1 million to realise.

Fang Yuan, General Manager of the Yandang mountain via ferrata project, said the extreme sport was becoming more and more popular in China, especially when the country’s interests in glass-bottom bridges waned quickly.

Glass-bottom bridges are walkways paved with see-through panes, and have proved to be hugely popular. 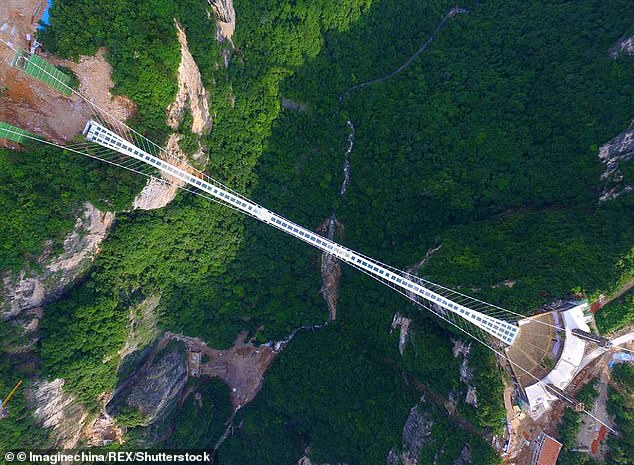 Hundreds of glass-bottomed bridge, such as the one pictured, has been built across China 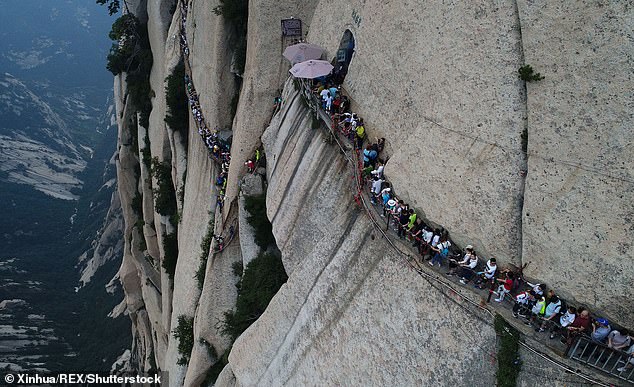 They are usually suspended hundreds of feet above the ground in valleys. Some of them are attached to the side of cliffs.

Hundreds of such perilous attractions have been cropped up across the country. In 2017 alone, more than 70 of them were constructed in various scenic spots.

News of the via ferrata walkway came just days after China had to close down dozens of glass-bottom bridges out of safety concerns.

The country is also home to the world’s most infamous cliff-side walkway in Huashan Mountain.

Situated more than 7,000 feet above the ground, the perilous hiking trail includes vertical ladders, a wooden path measuring just 11 inches wide and a series of steps carved into the cliff face.