Chinese missiles have reappeared on a disputed island in the South China Sea amid rising tensions with the United States.

Satellite images of Woody Island, China’s largest base in the Paracel Islands that are also claimed by Vietnam and Taiwan, taken at the beginning of this month showed the missiles had been removed.

But new images taken by Israeli intelligence firm ImageSat International (ISI) on Friday revealed the missiles are back where they were before. 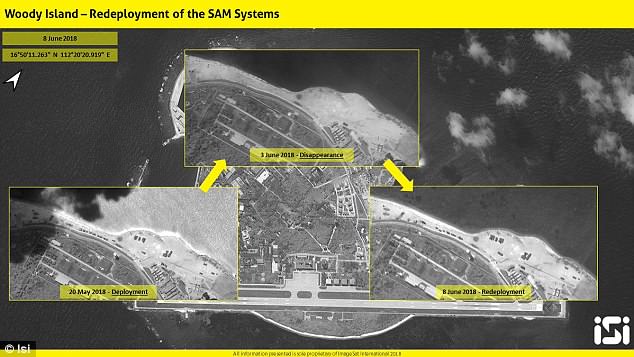 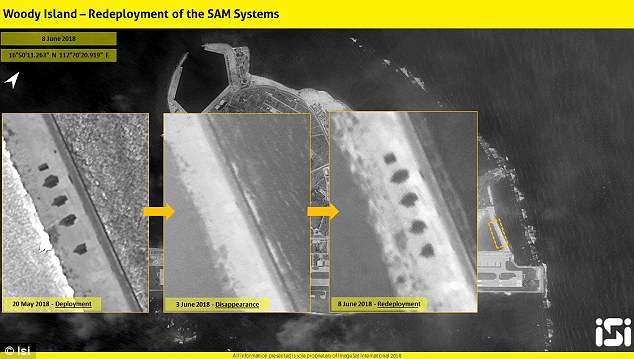 ISI said when the HQ-9 surface-to-air missile systems were initially removed it was possible they had simply been redeployed to another island, or moved as part of a drill.

Experts were doubtful the launchers had been permanently removed, suggesting they may have been sent for maintenance.

‘Due to the corrosive effects of salt and humidity in the islands, must be removed and sent back to the mainland for maintenance periodically,’ said Timothy Heath, a senior defence analyst at the Rand Corporation told CNN.

Tensions have been rising between the United States and China over its militarisation of the South China Sea.

At the end of last month the Pentagon withdrew its invitation for China to participate in a multinational naval exercise the U.S. is hosting this summer, which it said was a response to the expansion of the Chinese military capability in the area.

Last week the US sent two nuclear-capable B-52 bombers to fly over the disputed Spratly Islands, south of Woody Island. 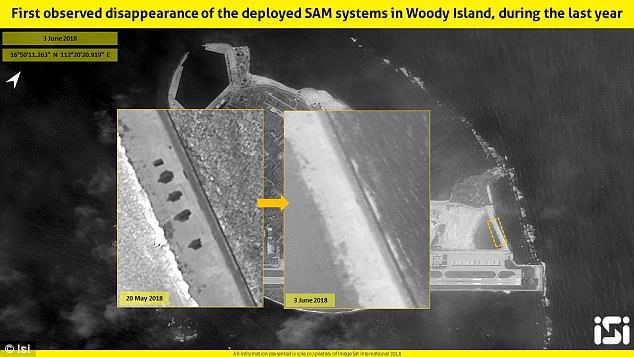 Experts were skeptical that the Chinese had permanently removed the missiles, suspecting that they had been sent for maintenance 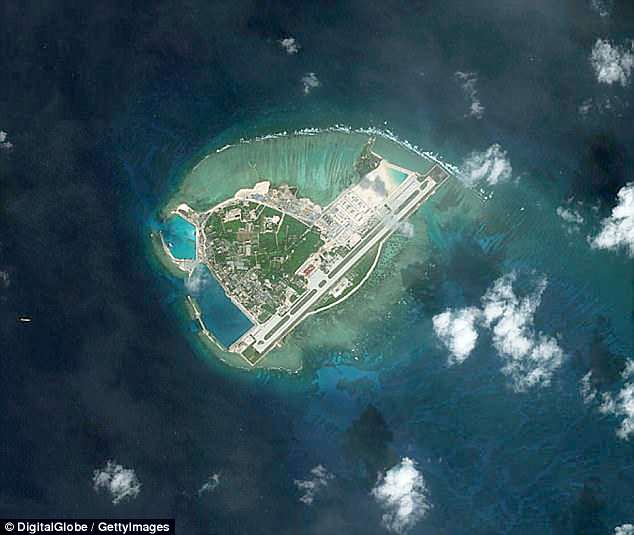 The Chinese air force recently landed a strategic bomber on Woody Island (pictured), which lies in a disputed part of the South China Sea

It is also reported to be considering sending warships to the Taiwan Strait and stepping up naval patrols in the South China Sea.

Washington warned that Beijing would face unspecified ‘consequences’ over its militarisation of the South China Sea.

With a combat radius of nearly 1,900 nautical miles, the H-6K bomber would put all of Southeast Asia in its range from the island.

Farther south in the Spratly group of islands, China has constructed seven man-made islands and equipped them with runways, hangers, radar and missile stations, further cementing its vast territorial claims in the busy waterway.

China’ claims nearly all the South China Sea and has ignored counter-claims from the Philippines, Vietnam, Taiwan, Brunei and Malaysia to various parts of the area.

Its claim has been a source of friction with the United States and its allies, who regularly sail warships through the South China Sea in a bid to assert freedom navigation rights.

A flyby of bombers prompted the China’s Foreign Ministry spokeswoman Hua Chunying to warn the U.S.against ‘hyping up militarization and stirring up trouble’.