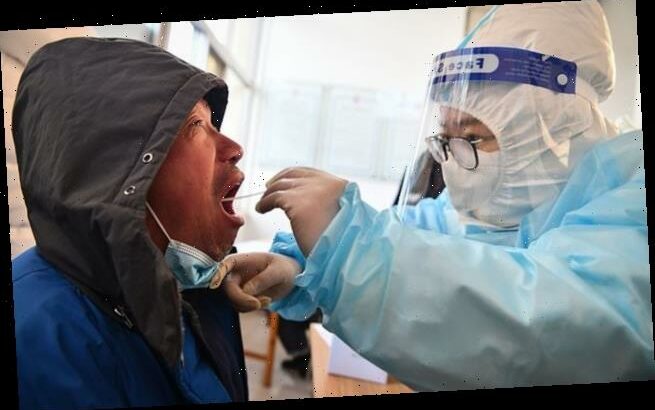 A city in northern China is urging its citizens to report on those who refuse to get a coronavirus test by offering cash rewards amid a new outbreak.

Anyone who successfully helps authorities track down COVID-19 test evaders will receive 500 yuan (£57) in cash, according to health officials of Nangong.

The offer comes as millions in the city and the surrounding province of Hebei are being tested during a mandatory campaign as part of efforts to control China’s most serious outbreak in six months. 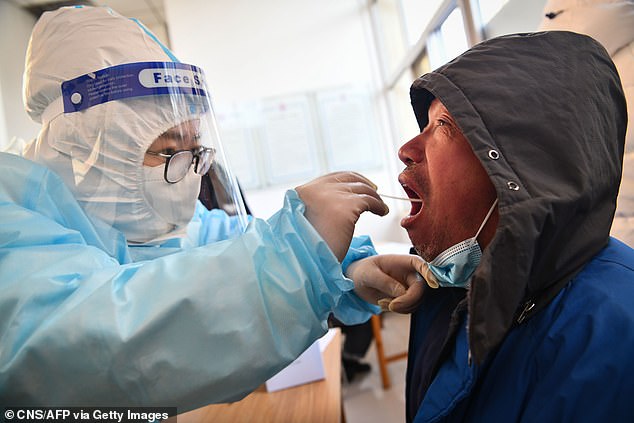 Nangong, a city in China’s new coronavirus ground zero Hebei, is urging its citizens to report on those who refuse to get a COVID-19 test. Pictured, a medical worker taking a swab sample from a man in Shijiazhuang, the provincial capital of Hebei, on January 6 amid a new outbreak

All residents, companies and social organisations can tip off the government if they know someone who does not wish to be swabbed, according to the directive issued on Friday.

Test dodgers will be given compulsory screening and then quarantined for 14 days at official isolation centres regardless of their testing results.

The order was issued by a team of Nangong officials in charge of the prevention and control of the coronavirus outbreak. The prefecture-level city has a population of around 500,000. 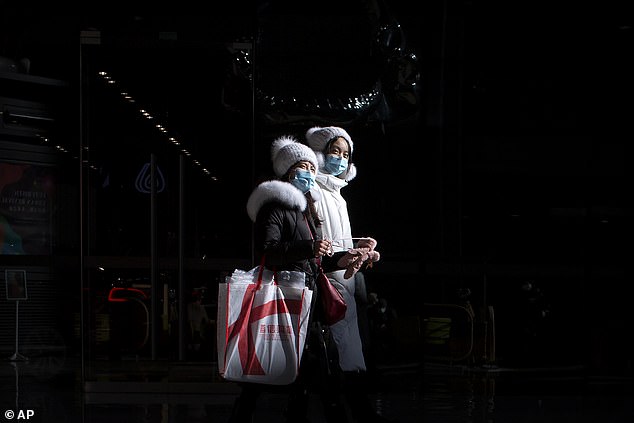 Test dodgers will be given compulsory screening and then quarantined for 14 days at official isolation centres regardless of their testing results, according to the government of Nangong. People wearing face masks are pictured walking in a mall in Beijing on January 8 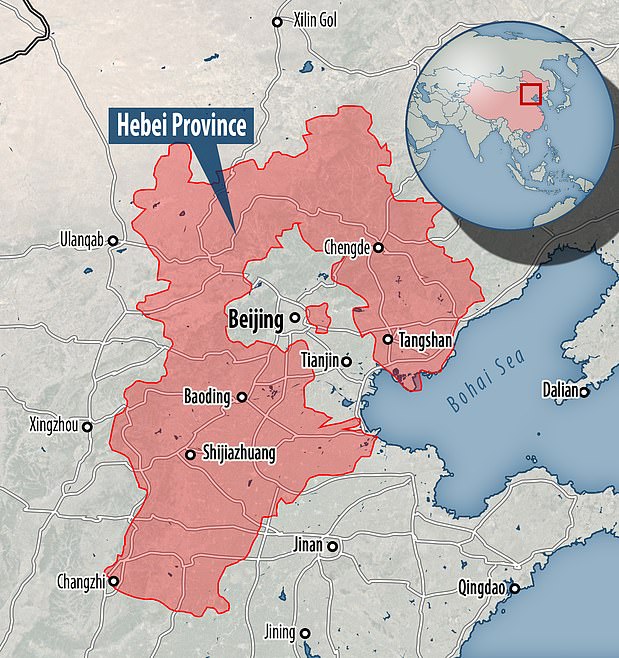 The Chinese province of Hebei, which surrounds Beijing, has emerged as a new virus hot spot

China has largely controlled local transmission of the virus through the use of measures considered by some to be extreme and highly intrusive, including lockdowns of entire cities, close electronic monitoring of people’s movements and bans on travelling to and from parts of the country.

But the province of Hebei, which surrounds Beijing, has seen 127 new COVID-19 cases, plus an additional 183 asymptomatic infections, in the past week.

Authorities today ordered Shijiazhuang and Xingtai – two cities in Hebei with a combined population of 18million – to be locked down to stem the country’s largest COVID-19 crisis since July. 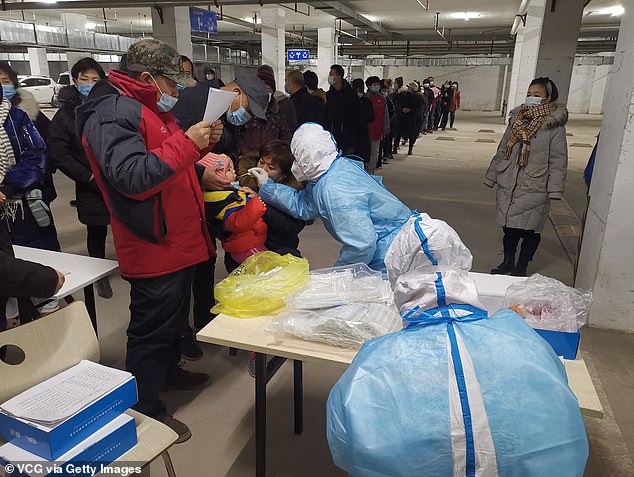 Shijiazhuang locked down all residential compounds and shut schools on Tuesday after detecting 11 confirmed cases and 30 asymptomatic cases. People are seen queuing up for nucleic acid testing at a residential community in Zhengding County, Hebei, on January 7

Both cities have cut transport links, banned residents from leaving and launched mass-testing drives to prevent the spread of the disease.

The Chinese National Health Commission has reported 53 confirmed cases for Thursday, including 37 native patients and 16 imported infections. Among the local cases, 33 were detected in Hebei.

Mass testing programmes started on Monday from Shijiazhuang’s Gaocheng District, the epicentre of the Hebei outbreak.

As of Friday noon, all of the district’s 673,787 residents had been tested and 511,219 swab samples had been analysed by labs, which found 259 positive cases, the city’s vice mayor said at a press briefing.