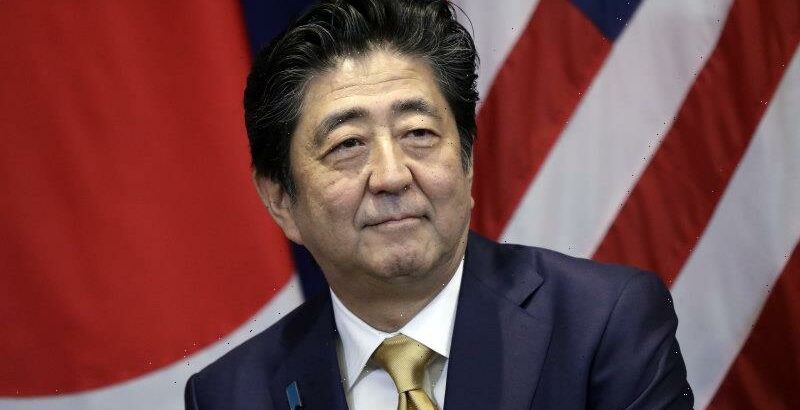 When US President Joe Biden called British Prime Minister Boris Johnson in March he put forward a novel idea. Democratically-minded countries like the US and Britain should help fund infrastructure projects in less wealthy countries.

The proposal from Washington came eight years after China’s President Xi Jinping travelled to Kazakhstan to announce Beijing would embark on the world’s largest infrastructure project – the $1.5 trillion Belt and Road Initiative. It was then called the “Silk Road Economic Belt” and it would span Asia, the Pacific and the borders of Europe. 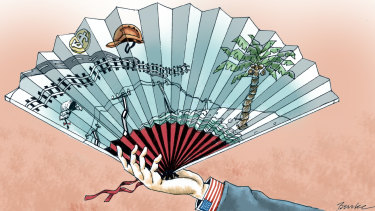 The first signs of a competitor to China’s Belt and Road Initiative are emerging: The Japan-US backed “Free and Open Indo Pacific”.Credit:Joe Benke

“I suggested we should have, essentially, a similar initiative, pulling from the democratic states, helping those communities around the world that, in fact, need help,” Biden said on March 26.

China, for all of its false starts, debt traps and bungled projects, had outplayed a myopic West with its overall vision. The one-party state had been able to achieve what a cornucopia of western democratic states could not – unity of purpose.

In doing so it had convinced dozens of developing nations to back key parts of its international agenda. At the 46th session of the UN Human Rights Council, 64 countries issued a joint statement to support China’s policies in Xinjiang, where it has been accused by the US of genocide, and 71 backed its right to implement national security laws in Hong Kong.

Now, almost a decade after the BRI began laying highways in Pakistan, stadiums in Qatar, and ports in Sri Lanka, the first signs of a competitor are emerging: The Japan-US backed “Free and Open Indo Pacific”.

The concept was first laid out by Japan’s former prime minister Shinzo Abe in Kenya in 2016. Abe said it would maintain fundamental principles of the international order through people-to-people networks and quality infrastructure including ports, railways, roads, energy and technology.

Japan continued to do the heavy lifting, particularly in south-east Asia where it has invested more than $US200 billion ($258 billion) across Thailand, Indonesia, Vietnam and Malaysia, but there was little interest from other major players. Former US President Donald Trump got tough on China throughout his four years in office but showed a minimal appetite for actual aid or investment that might help mitigate some of its influence. 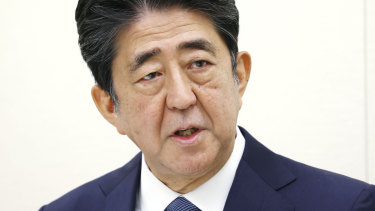 Tokyo was also frustrated with Canberra. Australian aid to south-east Asia and east Asia had fallen by about $384.7 million, or 29.8 per cent, over the past five years. The region got an infrastructure and development package worth $575 million in the May budget but years of dithering had left the door wide open for China’s rising influence. It is now Cambodia’s “most trustworthy friend”.

At the beginning of 2020, seven major projects had been completed under Japan’s initiative, tunnels in Vietnam, a bridge in Laos and a highway in Cambodia. More are on the radar but compared to China’s vast initiative the Free and Open-Indo Pacific remains in its infancy.

Biden’s phone call with Johnson shows that could be about to change.

The US and Japan will now take the lead on drawing up guidelines for the development of infrastructure throughout the region. 5G technology and hydrogen power will be the first priorities, but the guidelines will cover preconditions for investment, systems for carrying out projects, and recommendations on cultivating local talent. They will also set procurement standards and put restrictions on technology leaks.

“When governments come together at the highest level, this shows a whole new level of cooperation to create a new anchor for peace and stability in the Indo-Pacific,” Morrison said.

Australia was the only one of the four countries to have a state government sign a Belt and Road agreement. Until this week, Victoria’s 2018 deal stood out as an incongruous marker of disunity in the world’s most troubled China relationship.

Having now torn it up, the Morrison government will rely on all four members of the Quad to buttress the economic fallout.

To date, the $20 billion in exports that have been hit by China have remained remarkably resilient, according to an analysis by the Lowy Institute. Barley growers have found other markets, Australian beef is proving popular elsewhere and coal is finding new power plants in India, South Korea and Japan.

Wine and lobster remain the outliers, having struggled to replace the enormous demand from China, they now face an uncertain future.

‘The idea has been around for a fairly long time but walking the talk has not happened yet. The reason it did not is because of Trump.’

More ominously, Wednesday’s decision to tear up the BRI opens other exporters to the risk of further retaliation. Education and wool are vulnerable. Both are markets that may struggle to again replace the demand from China and its huge population.

“The relationship is in a complete disaster state,” says Perth USAsia Centre trade expert Jeffrey Wilson. “If this carries on for another 10 years, new things will come up in the future and that will be a problem.”

Wilson says that in a way, the unrelenting trade strikes have freed Australia up to be more ambitious in its foreign policy. “Once you have thrown the kitchen sink at someone, the government is liberated to do whatever the hell it wants,” he says.

China was unambiguous with its threats in response to the decision on Thursday.

The episode shows the dangers of the BRI and the need for a viable alternative through a US-Japan led infrastructure push.

“The acid test is probably going to be this year,” says Wilson. “The idea has been around for a fairly long time but walking the talk has not happened yet. The reason it did not is because of Trump.

“So the question now is by Christmas this year, are we going to see some of that walking happening?”

Start the day with major stories, exclusive coverage and expert opinion from our leading business journalists delivered to your inbox. Sign up here.