Beijing: US Commerce Secretary Wilbur Ross left Beijing on Sunday with no word of a breakthrough that could avert a trade war between the world's two biggest economies.

Instead, China issued a public warning that any deal is off if US President Donald Trump makes good his threat to impose punitive tariffs on Chinese technology.

Trump has stunned US allies Canada and the EU in recent days by imposing tariffs on those nations' steel and aluminium, invoking swift threats of retaliatory measures against US jeans, bourbon and maple syrup, among many other products.

In the days prior to Ross' arrival in Beijing, the US President had set a June 15 deadline for naming $US50 billion in Chinese products to be hit with a 25 per cent punitive tariff in another apparent attempt at trade brinksmanship.

But the meeting on Sunday between Ross and Chinese Vice Premier Liu He was held against a backdrop of global frustration with the Trump administration's negotiating style. A G7 finance ministers' meeting issued a rebuke to the US, with protests directed at US Treasury Secretary Steven Mnuchin.

Mnuchin had been part of the first trade delegation to Beijing, which sought to pressure China to cut $US200 billion from its US trade surplus and stop promoting Chinese technology companies if Beiing wanted to avoid a trade war. The US and China have threatened each other with $US150 billion in tariffs. 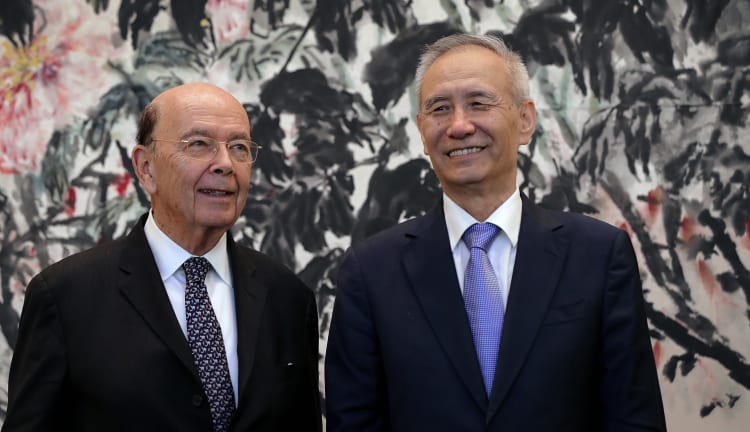 US Commerce Secretary Wilbur Ross and China’s Vice Premier Liu He. The US envoy left Beijing with no clear sign that the two countries could avert a trade war.

Ross' failure to publicly comment or immediately release a statement on the outcome of the talks may have been due to the US delegation needing to assess Trump's willingness to accept a Chinese deal.

Analysts had noted in recent weeks a seesawing of US demands of China, that may reflect division among Trump's inner circle on whether reducing the trade deficit, demanding structural change to China's economy or addressing forced technology transfers was the priority.

The Chinese news agency Xinhua said the talks between Ross and Liu had made "positive and concrete progress", and had discussed agriculture and energy.

"If the United States introduces trade sanctions including raising tariffs, all the economic and trade acheivements negotiated by the two parties will be void," the Xinhua statement warned.

China wanted the US to meet it half way, Xinhua said.

Mnuchin had said on Saturday the US wanted China to agree to structural change to its economy.

In the previous round of talks in Washington, China had agreed to greatly increase its imports of US food, agriculture and LNG to reduce the $US375 billion trade in goods imbalance.

But US critics charged that those talks had failed to address American business concerns about intellectual property theft. 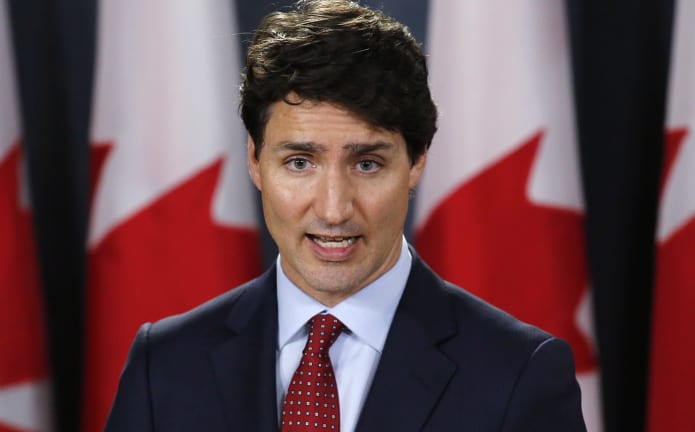 China announced last week it was cutting tariffs on a range of foreign consumer items, including clothes, home appliances, seafood and healthcare goods from July 1.

The European Union lodged a complaint with the World Trade Organisation last week over China's technology transfer practices, targeting a similar concern to that which has prompted the Trump administration's more unorthodox use of national security law to trigger punitive tariffs against China.