The warplanes from the People's Liberation Army (PLA) Air Force took part in a flypast yesterday as the grand finale to a six-day airshow in Zhuhai. 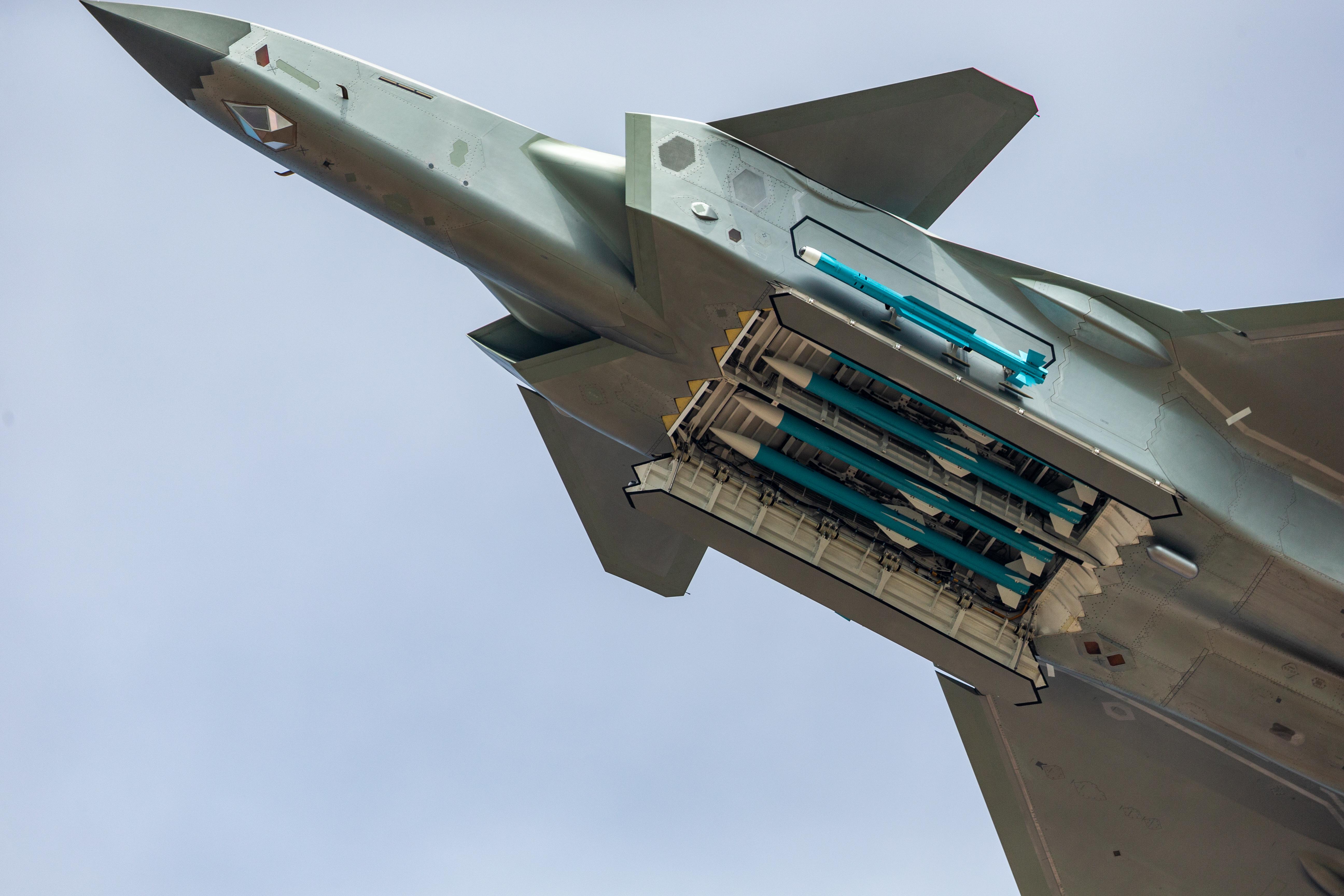 In a first for the state-of-the-art jets, the missile bay doors were opened during to reveal each plane had four missiles in its fuselage and one on either side.

Media reports in China covered the airshow, which comes on the 69th anniversary of the founding of the country's air force.

Top Chinese officials, according to the Global Times, said the demonstration displayed the J-20's superiority to the top US fighter jets, the F-22 and F-35.

Only three J-20s in formation had flown in the previous day's show. 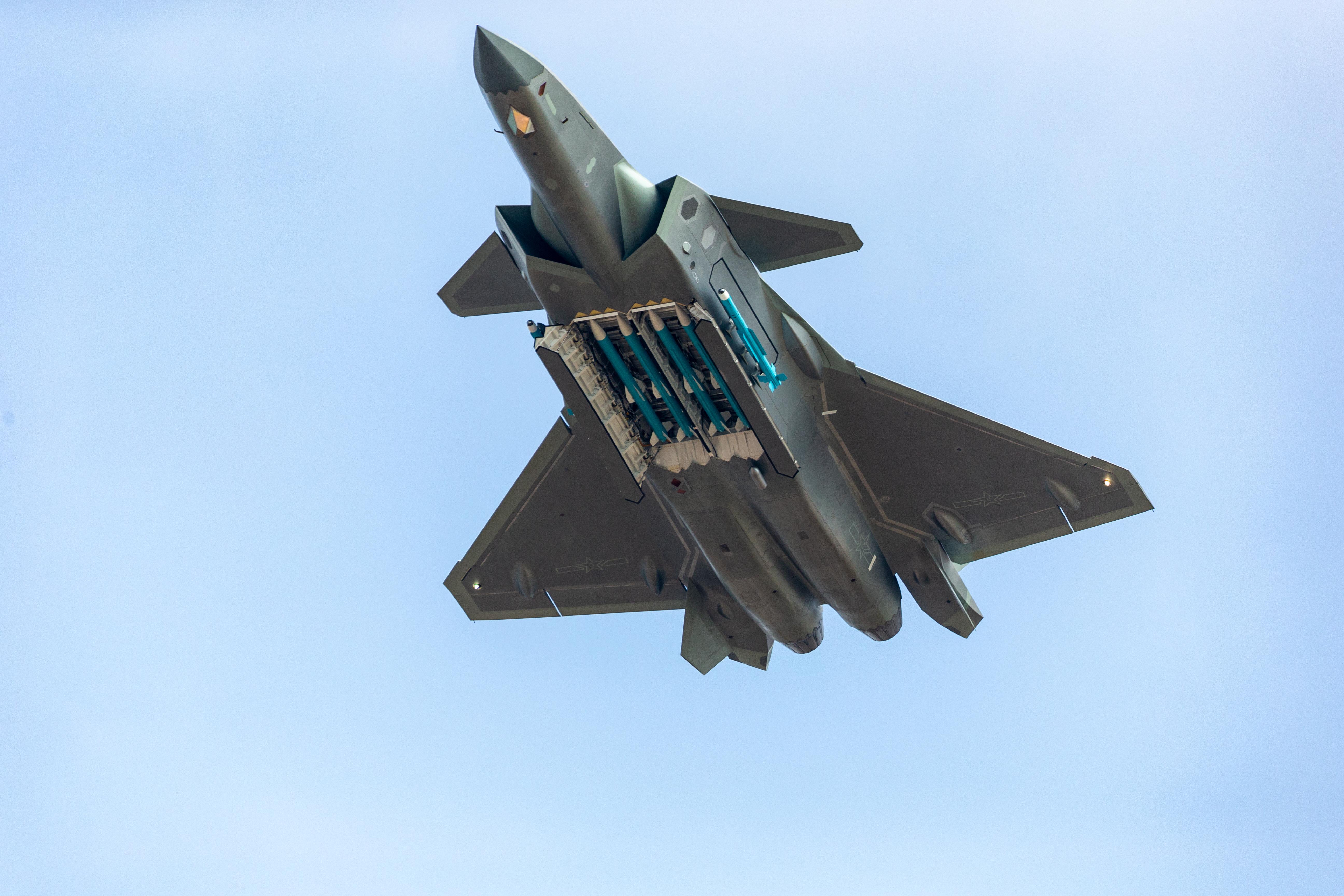 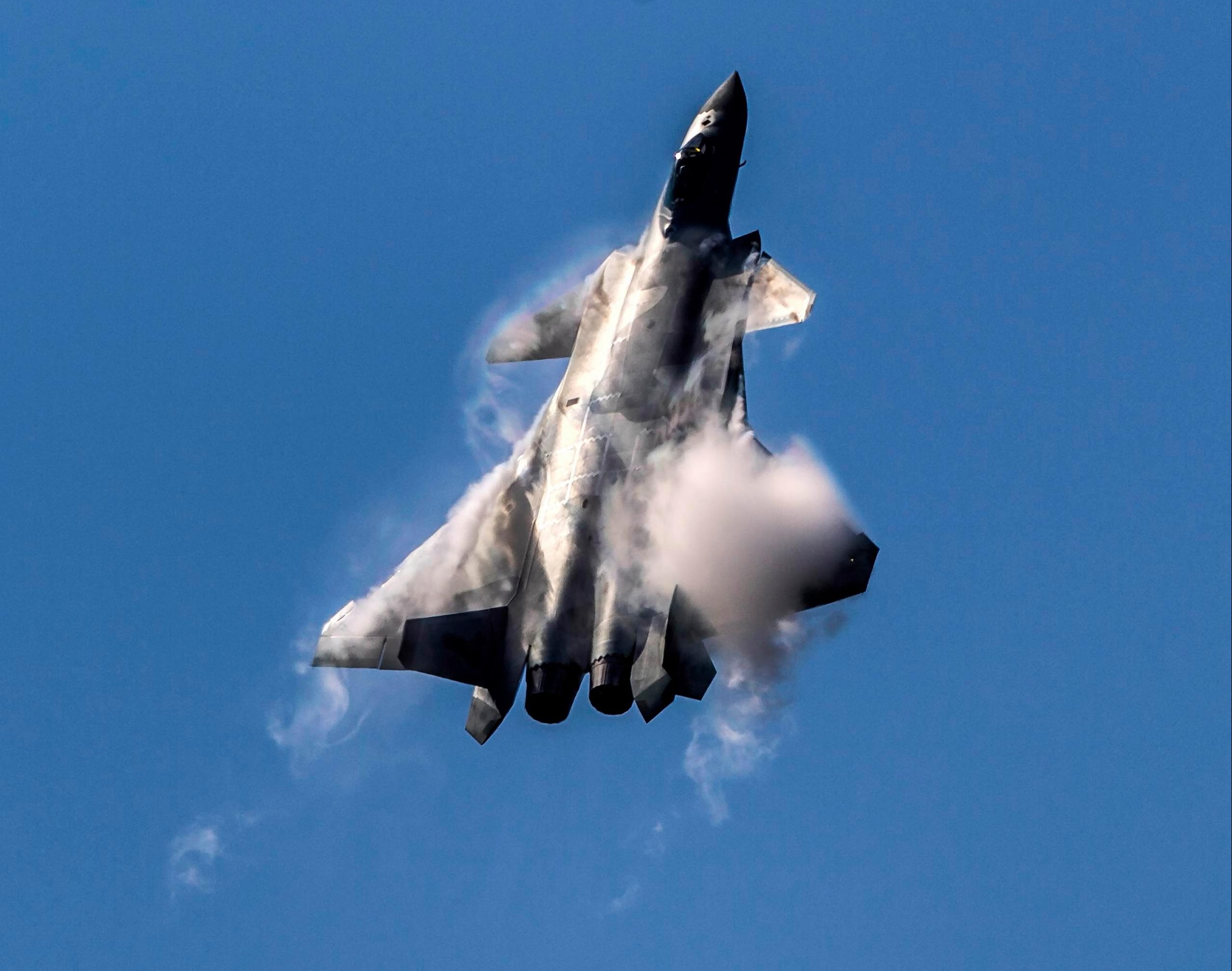 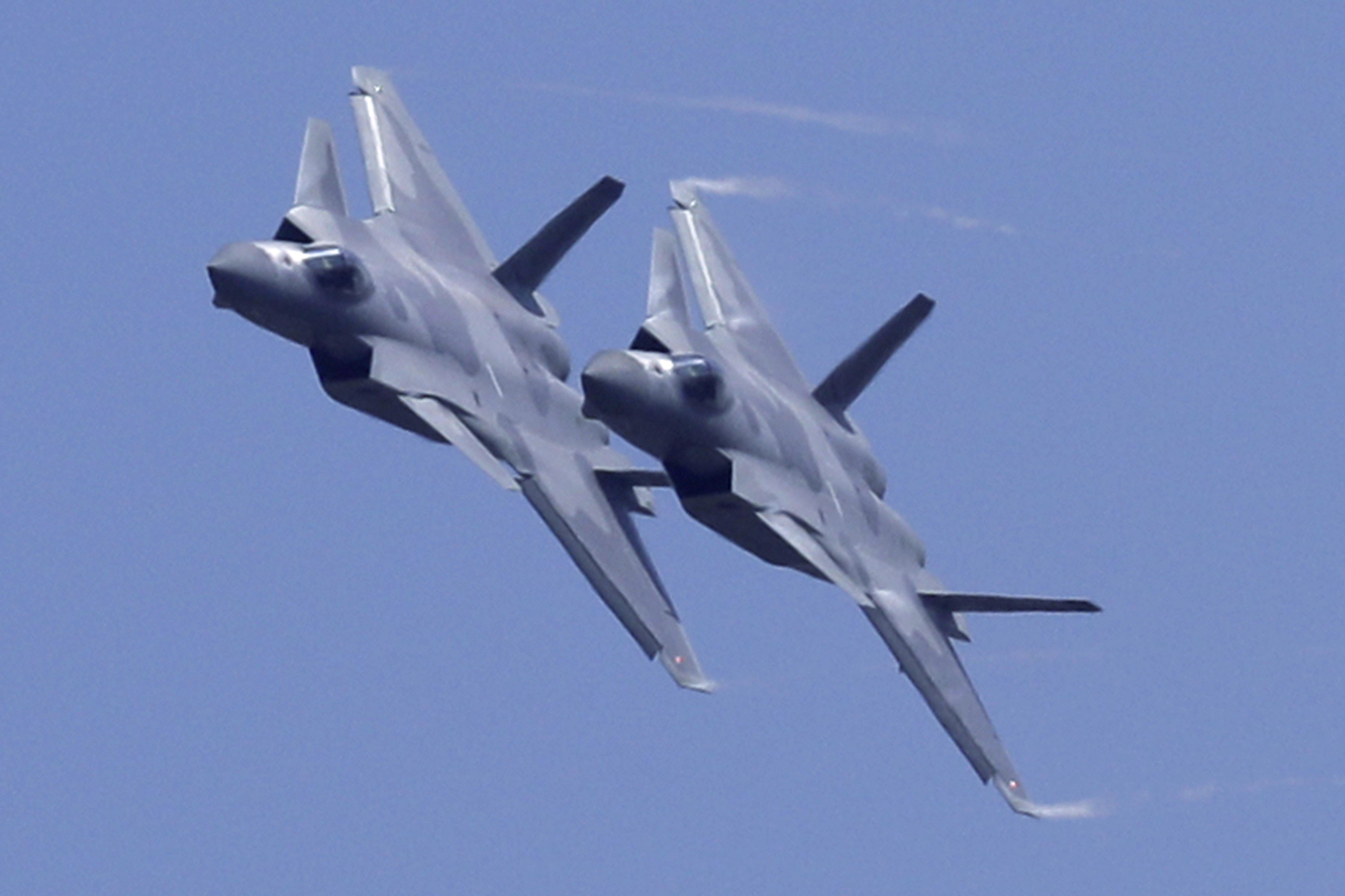 Song Zhongping, a military expert and TV commentator told the Global Times that the four missiles in the J-20's fuselage were long-range air-to-air missiles, while the two on the sides were short-range combat missiles meant for aerial combat.

Song said that despite being fully-loaded with missiles, the fighter jet can still perform remarkably, which means it has incredible manoeuvrability even in real-combat scenarios.

Footage released by China Central Television Station showed the J-20 is equipped with four PL-15 mid-range air-to-air missiles and one PL-10 short-range missile on either side.

In a post on the PLA’s website earlier this year, Chinese military expert Song Zongping said the J-20 will “engage with rivals in the future who dare to provoke China in the air.” 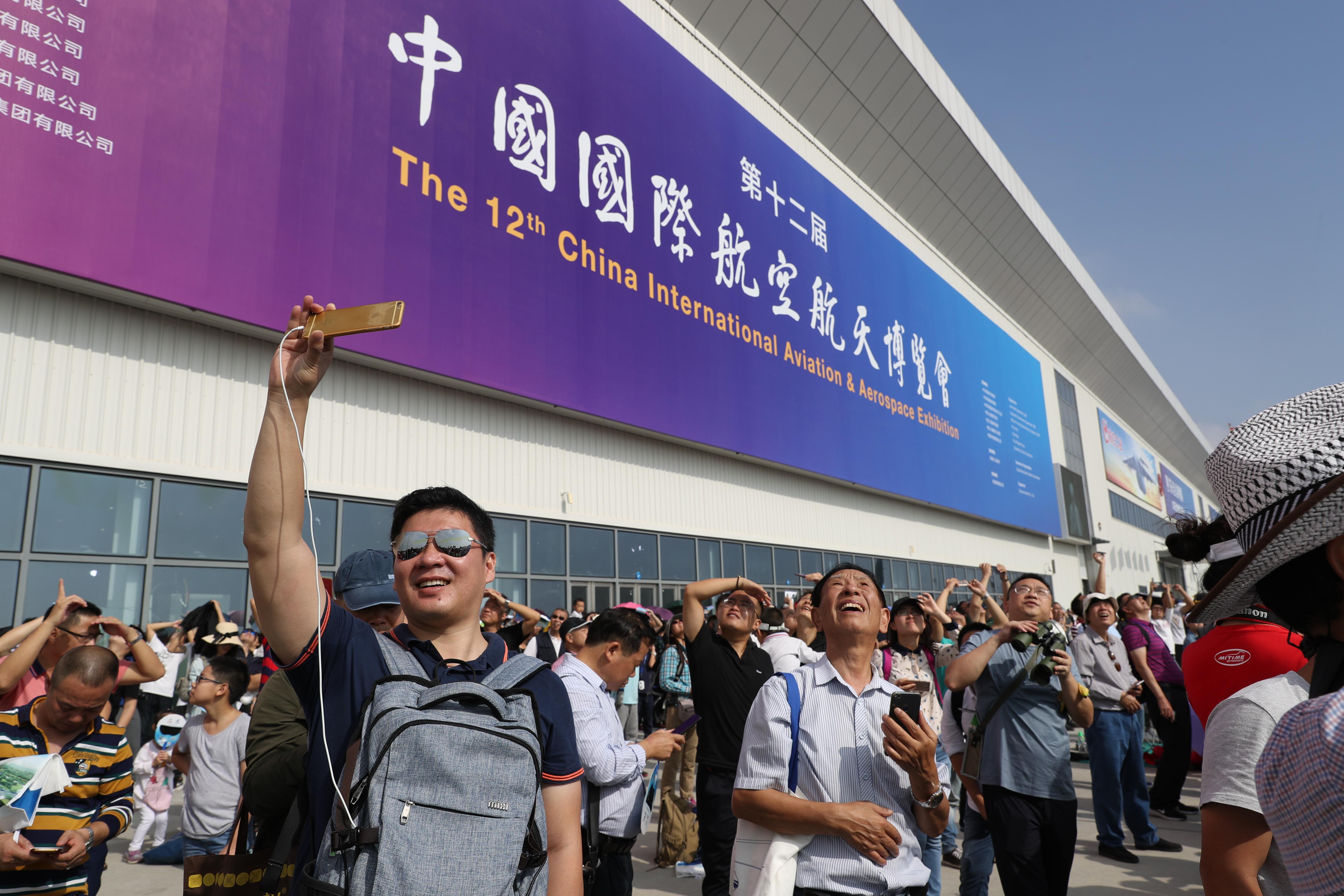 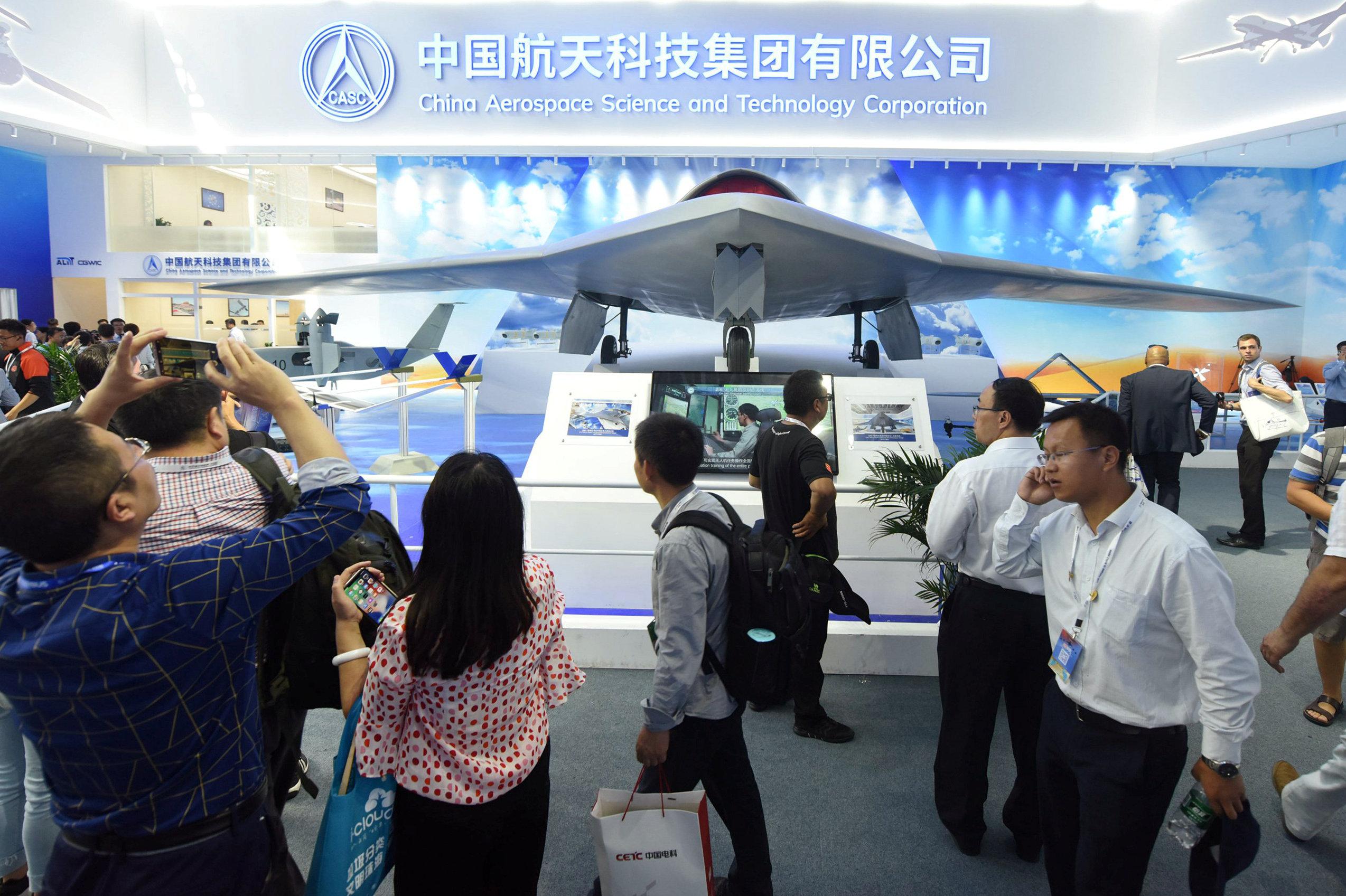 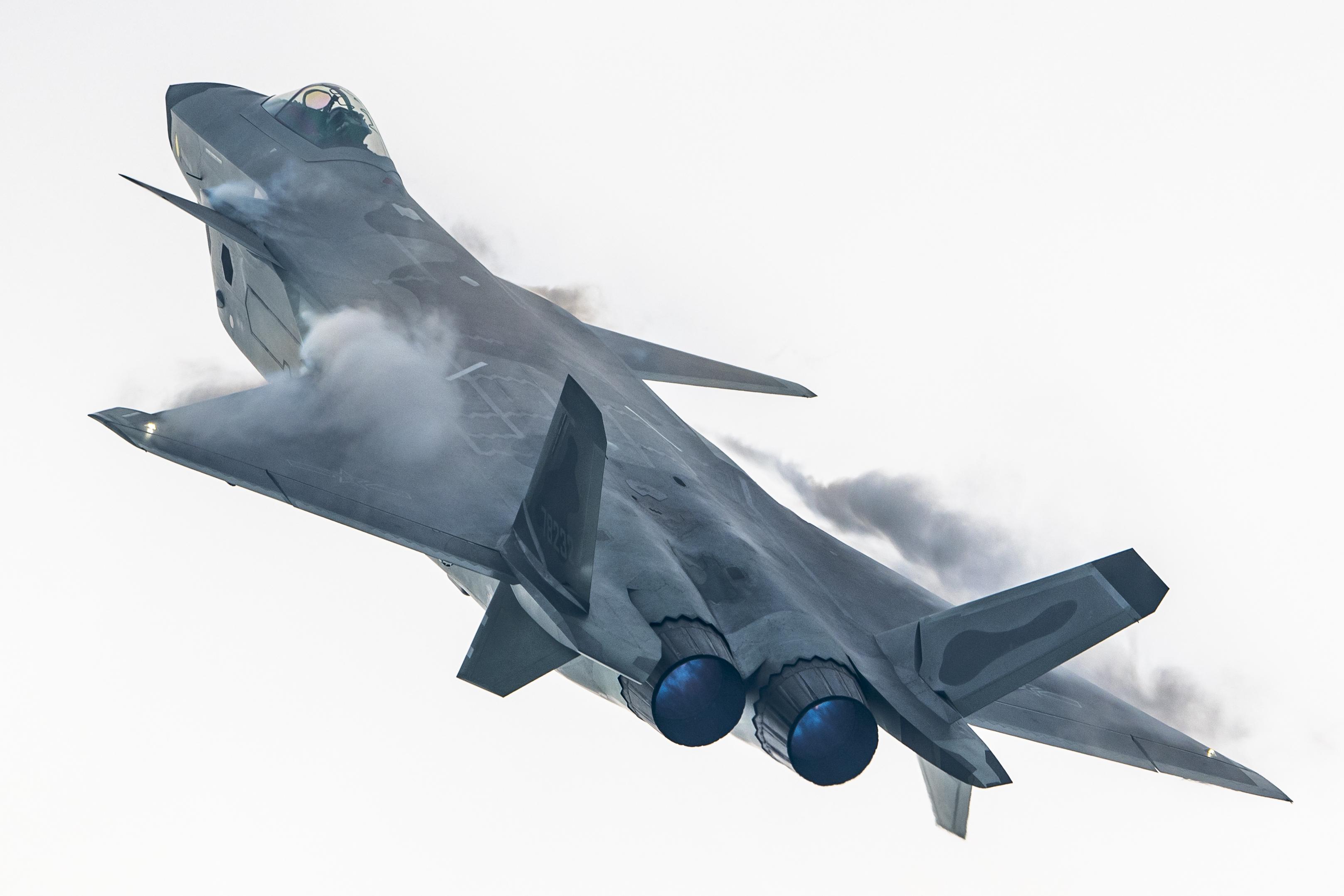 Military officials also said the J-20 would tip the balance of power in the region in favour of the communist regime.

A PLA post said: "In the past, only the US and its allies like Japan were capable of arming stealth fighter jets.

"But now, their monopoly in this region has been broken by China's J-20."

But some have noted that the fighter jets still seem to be powered by Russia-built rather than Chinese engines, reported the Daily Star. 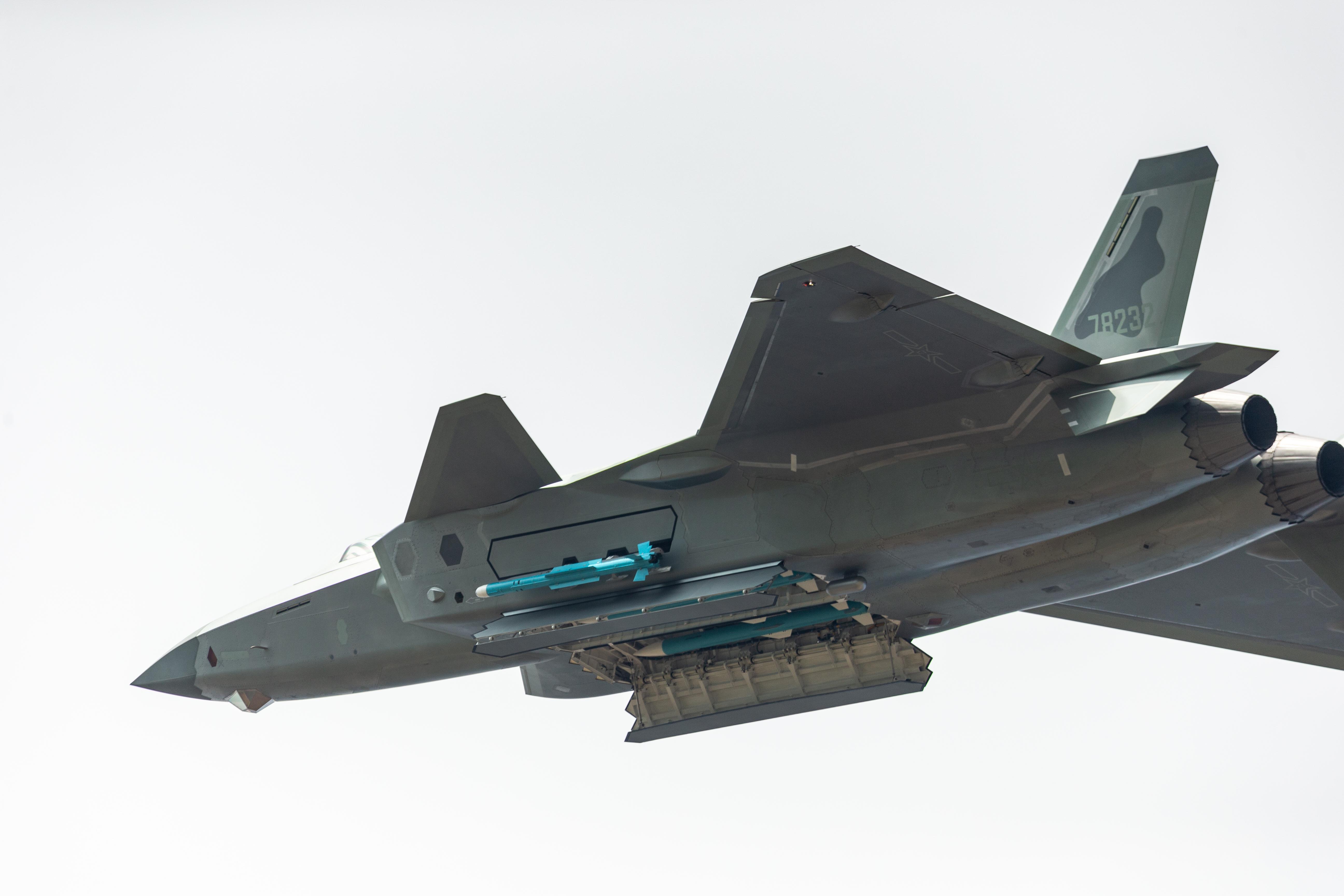 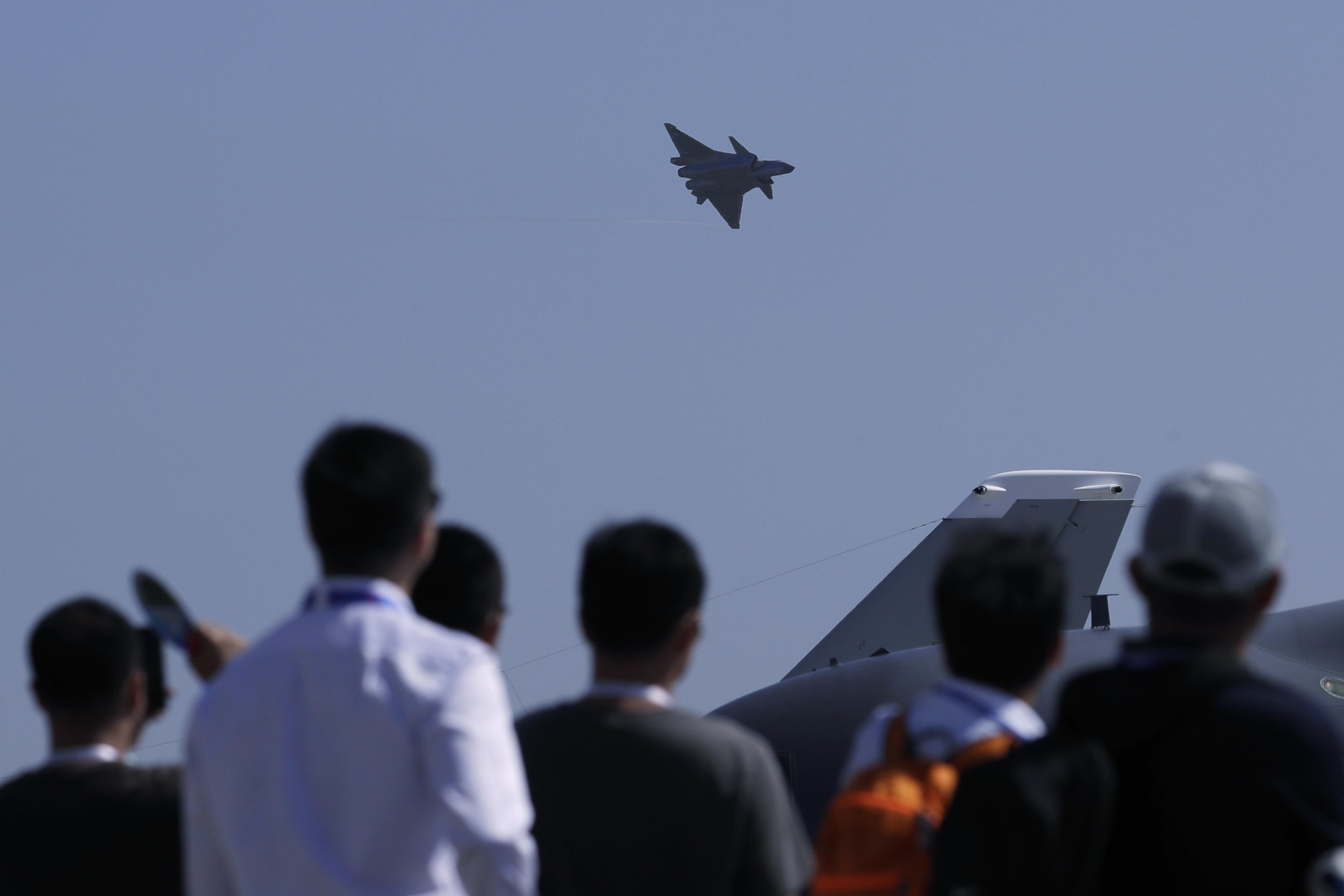 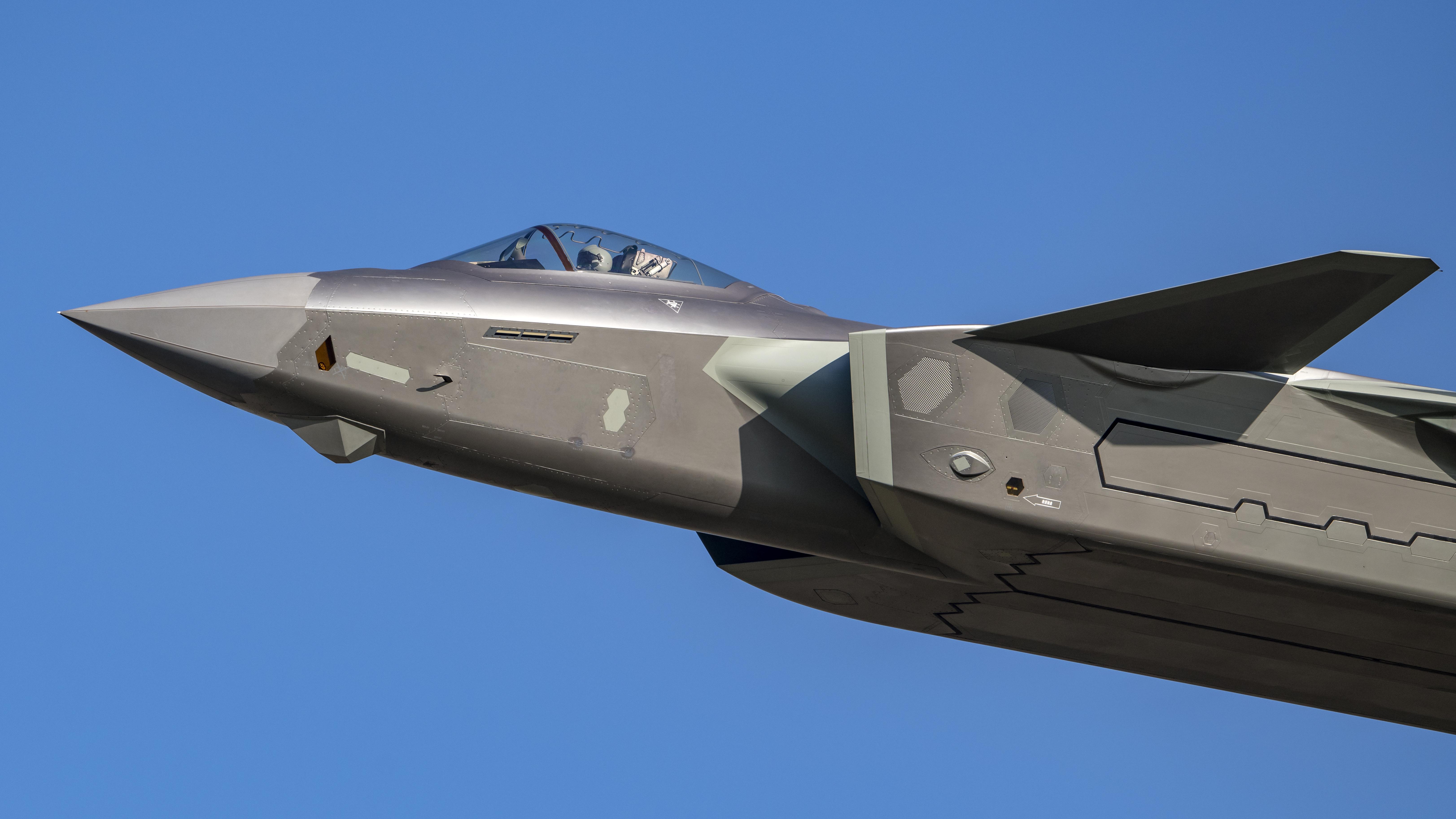 This year's drills come at a time of massive tensions in the region.

China also plans to increase its military spending by more than eight per cent to £127bn- as it battles to become the world superpower.

The news comes as President Xi Jinping works to increase both the sophistication and reach of his country's military might.

He has vowed to make China the world’s most powerful fighting force by 2050.

PLA has gone from strength-to-strength in recent years – thanks to trillions of pounds in investment.

China also has the ability to strike enemy targets with millimetre-level precision after sending Beidou 3 satellites into orbit to boost its space-based navigation system.

The move is the latest in a long list of military upgrades from the People’s Liberation Army, with China’s military looking to assert dominance on the battlefield.

From stealth fighter jets to long-range air-to-air missiles to an increased push into artificial intelligence and quantum computing, China’s progress in military technology may have the ability to pose a serious threat to the rest of the world.