‘We note the protests taking place in London and Catalonia’: Chinese government takes a swipe at European countries who condemn their crackdown on Hong Kong demonstrators – warning that condoning of violence will eventually backfire

Beijing has taken a swipe at European countries condemning its crackdown on Hong Kong demonstrators, pointing out recent protests in London and Barcelona.

Chinese foreign ministry spokeswoman Hua Chunying claimed Western powers were using notions of democracy and human rights as a ‘pretentious cover’ for interfering in China’s affairs, a strategy that would backfire.

‘We have noticed the affairs taking place in Catalonia and London. These are the internal issues of related countries. We hope the issues will be properly handled under their laws and systems,’ Hua said on Monday.

Cities across Catalonia have been rocked by pro-independence protests over the last week, while London has been shutdown by climate activists and anti-Brexiters.

‘There can only be one standard and one attitude towards violence and in the end, double standards will only lead to self-harm.’ 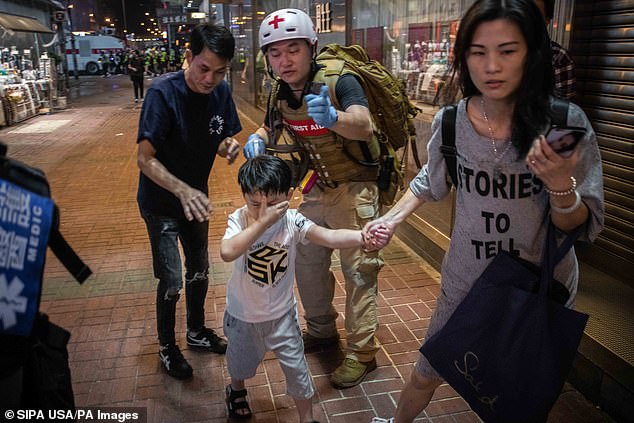 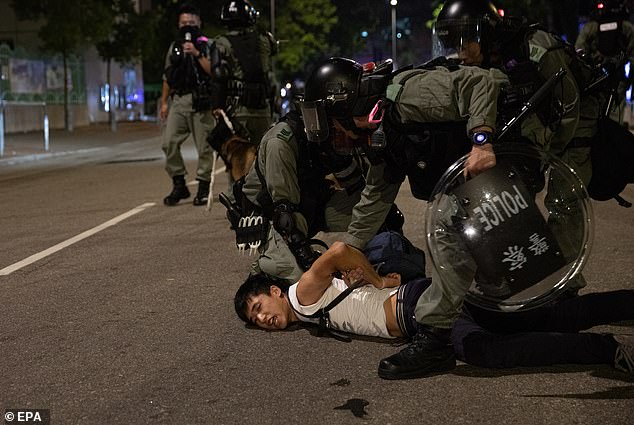 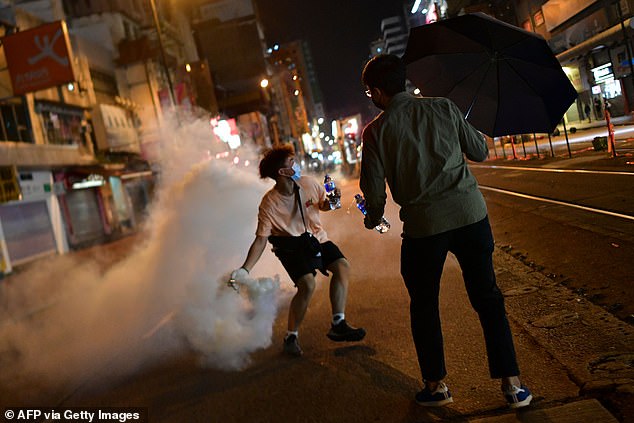 ‘There are foreign forces which are encouraging this sort of violence in the streets with the aim of destabilising Hong Kong, sowing chaos… to wipe out the historic progress made since the one-country-two-systems policy was applied,’ China’s Foreign Minister Wang Yi told AFP on Monday.

Such action will never succeed,’ he added, insisting that the Hong Kong government would be able to re-establish ‘social order and respect for the rule of law’.

With ‘support from Beijing, Hong Kong will continue to apply the one-country-two-systems formula’, Wang stressed.

Wang also took aim at foreign media, complaining that some of them ‘call this violence democratic and peaceful, in total disregard to reality’. 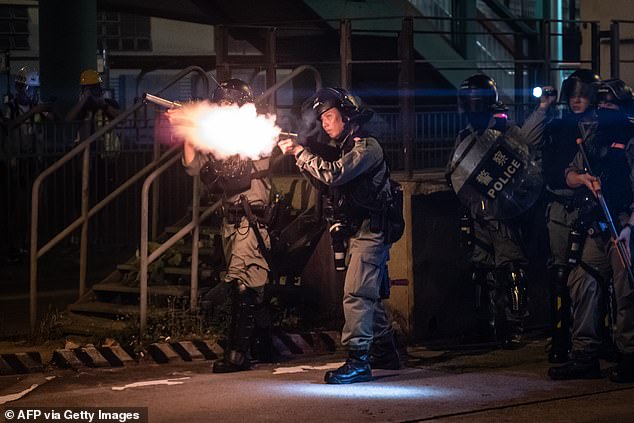 These media outlets ‘do not hesitate to describe the actions of the police as violence. If such allegations can be perceived as reality, how can we imagine that there is still justice in this world?’

On Monday, tens of thousands joined an unauthorised but peaceful afternoon rally which quickly descended into chaos as small groups of hardcore protesters threw petrol bombs and rocks at a police station, mainland China businesses and multiple subway station entrances.

The clashes in the Yuen Long neighbourhood came a day after widespread violence in which tens of thousands marched through Kowloon district and hardcore activists threw petrol bombs at police, torched metro entrances and trashed shops.

Police ordered protesters to disperse, at one stage rushing them and detaining one person. Scuffles broke out between pro-Beijing supporters and protesters and angry residents emerged from apartments to jeer officers, calling them ‘black police’. 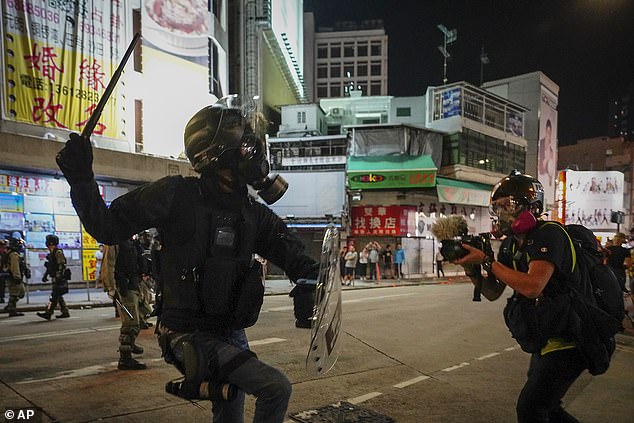 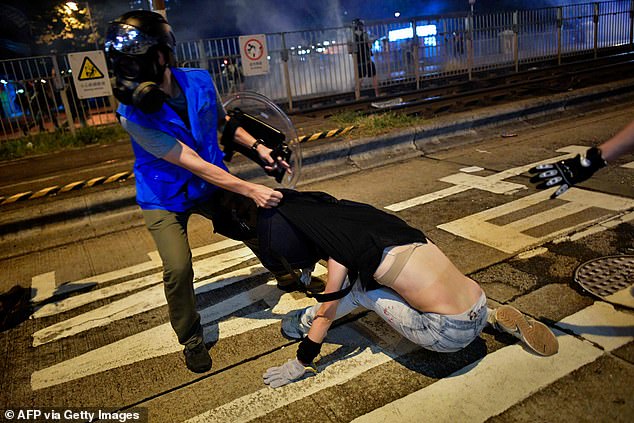 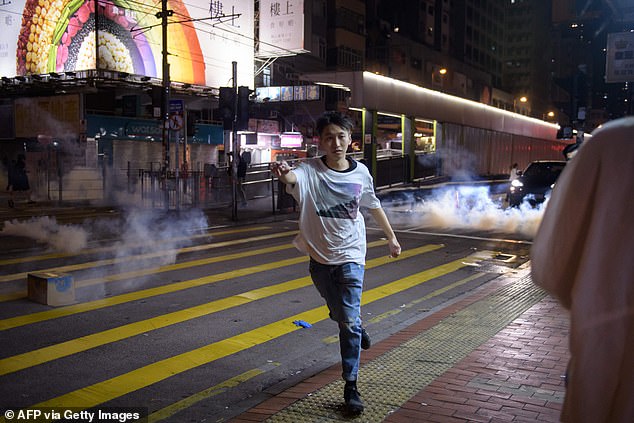 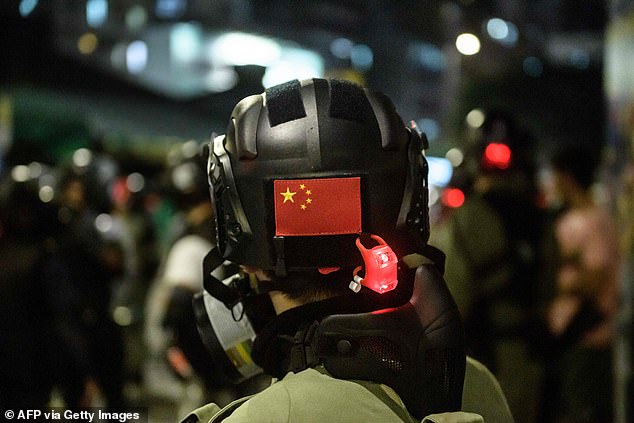 A police statement said police resorted to tear gas after some protesters hurled ‘hard objects’ at them and vandalised bank facilities in the vicinity. It urged residents to stay indoors, keep windows closed and avoid local streets.

After a few hours most protesters had scattered but police remained on the streets in force, occasionally firing tear gas at small groups and chasing down individuals. A few masked protesters taunted police but quickly disappeared up side streets when officers approached.