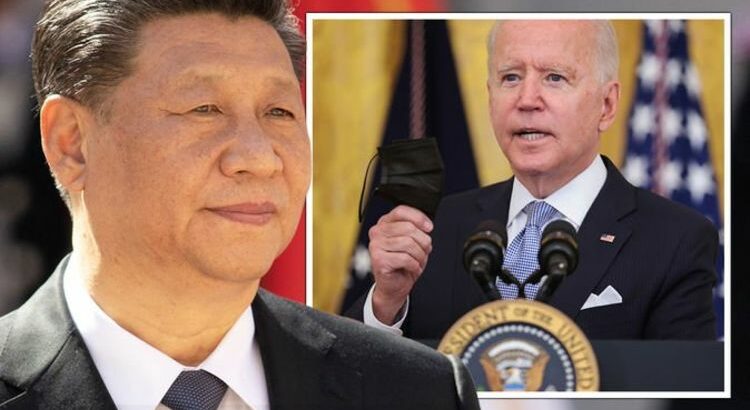 A Chinese military spokesperson warned the US on Thursday that its provocative remarks and acts send wrong signals to “Taiwan independence” separatist forces and need to stop immediately. In a press conference, Wu Qian, spokesperson for the Ministry of National Defense, commented on the recent provocations from the US including advancing a Taiwan-related bill, landing a military transport plane in Taiwan in mid-July and accused US official of making false remarks.

The spokesperson said that China firmly opposes the remarks made by the Joe Biden administration as they violate the international law and basic norms governing international relations.

On top of that, Mr Wu Qian claimed that the remarks interfere in China’s internal affairs and gravely undermine China’s territorial sovereignty and security interests, as well as severely threaten peace and stability across the Taiwan Strait.

The spokesperson further urged the US to respect and abide by the one-China principle conditions of the three joint agreement between the two countries.

He added that any attempt to seek “Taiwan independence” by counting on foreign forces will only lead to a dead end and bring harm to people in Taiwan and the DPP itself.

The Chinese People’s Liberation Army will be on high alert and take all necessary measures to foil any attempt seeking “Taiwan independence,” he said.

The news comes after it was announced that Russia and China will team up for huge joint military exercises with 10,000 troops next month, in a show of strength against the US.

The exercises will take place in northwest China and will mark Beijing’s first joint military drill since the beginning of the COVID-19 pandemic.

They will aim to strengthen and develop a comprehensive strategic partnership between Russia and China, maintain regional peace and stability and demonstrate the resolve to fight terrorism.

The Chinese troops that will participate in the drills will mainly come from the PLA Western Theater Command.

The Russian participating forces will be from the Eastern Military District.

The troops will be mixed into teams and will make plans, as well as carry out training, together.

The aim of this will be to verify and improve both troops’ capabilities of joint reconnaissance, search and early warning, electronic information attack, and joint attack and elimination.

The announcement of the military exercise comes after Joe Biden warned that cyber attacks aimed at the USA could lead to a “real shooting war”.

The US president suggested that cyber attacks could escalate into a full-blown war as tensions with Russia and China are growing due to a series of hacking incidents targeting the US government agencies, companies and infrastructure.

Mr Biden claimed that cyber attacks are “increasingly able to cause damage and disruption in the real world”.

In a speech at the Office for the Director of National Intelligence Mr Biden said: “If we end up in a war, a real shooting war with a major power, it’s going to be as a consequence of a cyber breach.”

The US President and his administration have blamed the governments of Russia and China for some of the attacks.

Last month at a summit in Geneva, Mr Biden warned Mr Putin that the US would “respond with cyber” if Russia or Russian-based hackers targeted critical US infrastructure.

Mr Biden also claimed that the Chinese president Xi Jinping was “deadly earnest” about China becoming the most powerful military force in the world by 2040, as well as the largest economy.