More than 3,000 people in northern China have been diagnosed with a bacterial infection after an outbreak caused by a leak at a biopharmaceutical company last year.

Almost 22,000 people in the city of Lanzhou, capital of Gansu province, were tested and 3,245 came back positive for brucellosis, the National Health Commission (NHC) of Lanzhou has said.

The infection is a highly contagious zoonosis, which according to the NHS website is caused by drinking unpasteurised milk or dairy products, or contact with bodily fluids of farm animals, such as cows, goats, sheep and pigs. 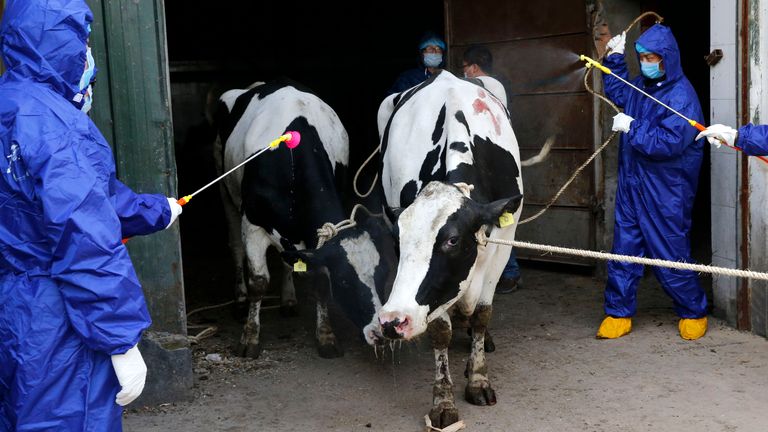 Symptoms include a high temperature, loss of appetite, sweating, headaches, extreme tiredness and back and joint pain.

In a statement, the NHC said brucellosis was detected in November 2019, after a leak “caused by contaminated exhaust from a vaccine factory in Lanzhou, due to the use of expired disinfectant from late-July to mid-August last year”.

Staff at the Lanzhou Veterinary Research Institute, an institution of the Chinese Academy of Agricultural Sciences near the factory, were infected – according to a report released by the Gansu Provincial Center for Disease Control and Prevention in late December.

The NHC says in response, 11 public hospitals in the city offered “free examinations and treatment”.

It added that the local government also organised medical psychological experts to give lectures on the infection and “reduce people’s anxiety”.

The factory’s licence to produce the brucella vaccine was revoked and it shut down its production department.

The commission says anyone diagnosed will start to receive compensation in October. 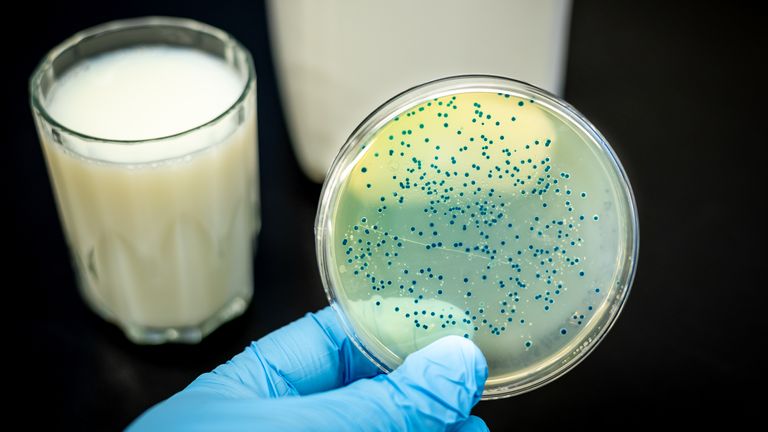 It comes as Chinese scientists working on a vaccine for COVID-19 – which originated in the city of Wuhan – recently told Sky News they are “99%” sure it will be effective.

Sinovac, a Beijing-based biotech company, currently has its vaccine in stage 2 trials, with more than 1,000 volunteers participating.

The company also said it is in preliminary talks to hold stage 3 trials – the final part of the trials process – in the UK.

China has more than 90,000 cases of coronavirus, and 4,736 people have died with the disease, according to the Johns Hopkins University, which is tracking the virus.

A Chinese health official this week said the country may have a vaccine ready for public use as early as November.

Teams of scientists have around 200 candidates globally in the race to develop and bring to market a jab for the virus, with President Donald Trump claiming the US could have one ready for distribution before the election on 3 November.