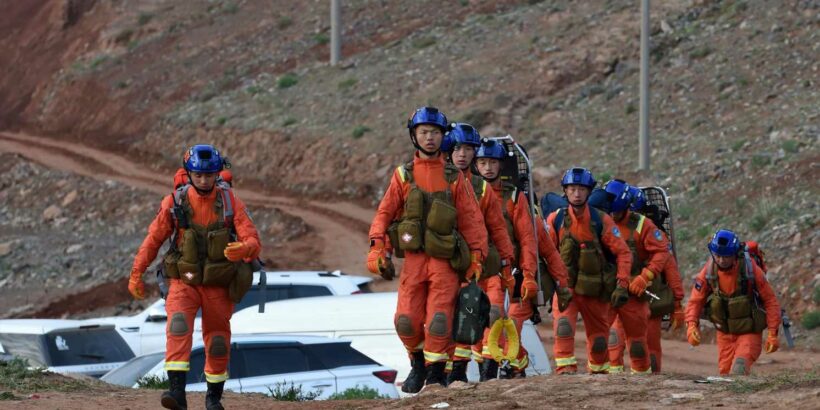 China’s top sports governing body vowed to improve safety in ultramarathons and other long races following the gruesome death of 21 runners in a race in Northwest China’s Gansu Province.

The victims were among more than 170 runners who began the 100 kilometer race – 62 miles, or almost 2 1/2 marathons – in warm temperatures Saturday. But the weather turned severe: Hail and winds were so strong it was difficult to stand much less run, and fast-dropping temperatures created chaos for the runners.

Rescuers and local officials blamed the deaths on the sudden, extreme weather and lack of emergency preparation. The Chinese government, through state broadcaster CCTV, called the tragedy “a wake-up call for marathon events that have bloomed almost everywhere in China in recent years.”

China’s General Administration of Sport urged race organizers to take responsibility for safety and make detailed protocols and contingency plans, including setting up a “circuit breaker” if safety becomes a problem during the race.

Marathons have become extremely popular in China, and some draw close to 40,000 runners. Many runners sign up despite insufficient training.

Some of the victims of Saturday’s tragedy at the Huanghe Shilin Mountain Marathon, however, were accomplished runners. Among the dead were top domestic marathon runners Liang Jing and Huang Guanjun. 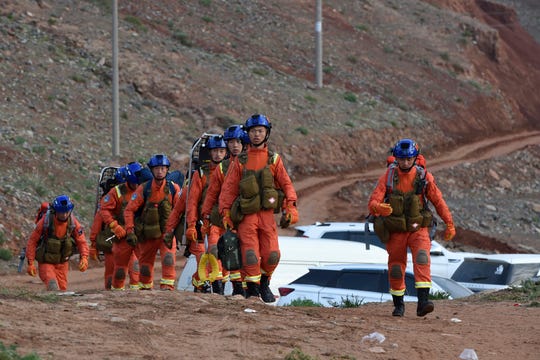 Liang had won multiple Chinese ultramarathons in recent years. Huang, who was deaf-mute, won the men’s hearing-impaired marathon at the 2019 National Paralympic Games held in Tianjin.

Baiyin Mayor Zhang Xuchen told state media at around midday a section of the ultramarathon course was “suddenly affected by disastrous weather”.

“In a short period of time, hailstones and ice rain suddenly fell in the local area, and there were strong winds. The temperature sharply dropped,” Zhang said.

Participants posted videos requesting help in a WeChat group chat. Some of the runners went missing and the race was halted. Local governments initiated an emergency response and organized over 1,200 rescue workers to search for the missing athletes amid mudslides and localized flooding.

Thermal-imaging drones, radar detectors and demolition equipment were brought in to aid the search.

More than 170 runners were in the race. In addition to the fatalities, eight people were injured, one critically.

An editorial in the Beijing News said safety has failed to keep pace with the fast-growing popularity of long races. Organizers and local authorities are often more interested in attracting big numbers of runners and making money, the editorial said.

“The needs and enthusiasm of popular sports should be met and cared for, but events should not ‘run wild’ at the expense of safety,” it said.