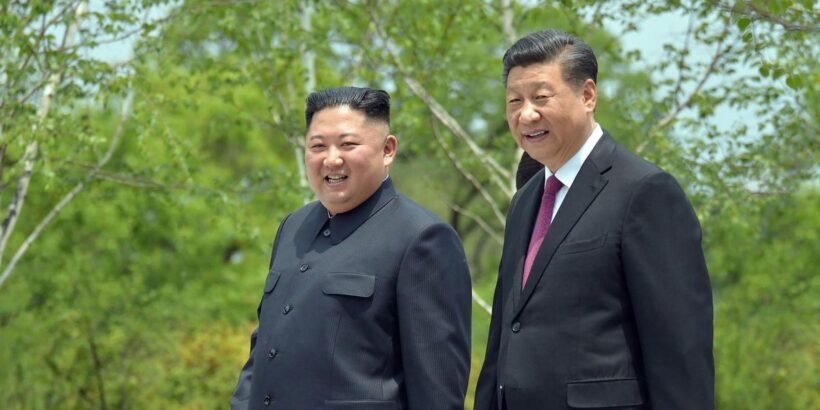 Xi reportedly made the declarations in a letter replying to North Korean leader Kim Jong-un's earlier letter to mark the 72nd Chinese National Day, according to the Korean Central News Agency (KCNA).

Xi stated that he has taken note of the relations between North Korea and China, and expressed his willingness to raise bilateral ties to a "new level.”

Xi expressed "intent to steadily propel the relations to a new stage by strengthening strategic communications, deepening the friendship and cooperation and leading them to be conducive to mutual support through joint endeavors with Kim Jong Un," according to the KCNA report.

The report said Xi also noted that North Korea and China "are linked by the same mountain and rivers, and the traditional friendship between the two countries is getting more solid over time”.

North Korea and China have deepened their close friendship amid an escalating Sino-U.S. rivalry.

While North Korea has been seeking to maintain closer ties with its traditional ally amid an impasse in nuclear negotiations with the United States.

Previously, Kim vowed to raise the Pyongyang-Beijing "friendship to a new strategic point as required by the times and as desired by the peoples of the two countries.”

China fought alongside the North against South Korean, U.S. and United Nations troops during the Korean War, and last Sunday marked the 70th anniversary of China's entry into the war.

It comes after North Korea criticised the United States for its “reckless” backing of Taiwan in a nod to China.

“This reality proves that the U.S. is in its bid to stifle our country and China, both socialist countries, in order to hold on to its supremacy,” he said.