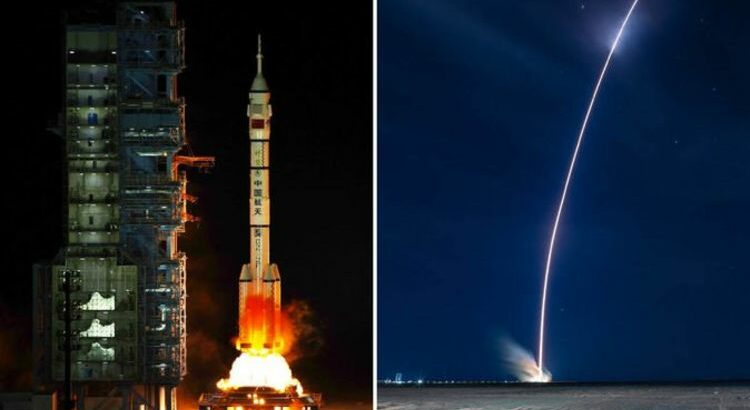 These fly lower, faster and crucially are easier to manoeuvre than traditional ballistic weapons, making them harder to shoot down. It is understood China fired a rocket carrying a hypersonic glide vehicle that flew at about 3,850mph around the globe. However, it missed its target by more than 20 miles. A report claims the secret test took place in August.

It comes as China launched two men and a woman into space on Saturday aboard a Shenzhou-13 spacecraft propelled by a Long March 2F rocket. The crew docked at the core module of the future Tiangong space station, where they will spend six months, a new Chinese record.

It is reported that Chinese President Xi Jingping’s progress on hypersonic weapons has stunned US intelligence, which was “caught by surprise”.

America is among a handful of countries, including Russia, developing the tech. Pentagon spokesman John Kirby said: “We have made clear our concerns about the military capabilities China continues to pursue, capabilities that only increase tensions in the region and beyond.”

China said its military development was “defensive in nature” unlike in the US.