Beijing: When US Defence Secretary Jim Mattis met with Chinese President Xi Jinping on Wednesday, he hoped to start a conversation on China's position in the South China Sea. He left knowing just how firm Xi is on the issue.

"We cannot lose even one inch of the territory left behind by our ancestors," Xi told him, according to Chinese state media. "What is other people's, we do not want at all." 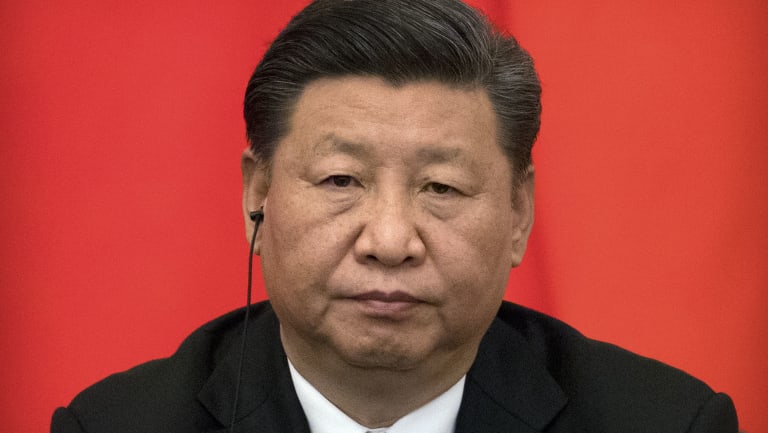 Xi Jinping has not made any concessions on the South China Sea when meeting with US Defence Secretary James Mattis in Beijing.

Disagreements between Washington and Beijing over the Chinese military's expanding presence in the South China Sea and the US policy toward Taiwan were two of the most prominent issues raised during meetings between Mattis and senior officials in Beijing, the first stop on a trip that will take him to South Korea and Japan.

Mattis, who has assailed the Chinese military for its expansion in the South China Sea, made clear the Pentagon's stance on contested waters, stressing the need for freedom of navigation in the region and China's adherence to international law, according to defence officials who spoke on condition of anonymity.

During a meeting with his counterpart, General Wei Fenghe, Mattis reminded the general of Xi's remarks during a 2015 White House visit when Xi said he had "no intention to militarise" islands in the South China Sea, according to the officials.

At a conference in Singapore this month, Mattis accused China of "intimidation and coercion" for placing surface-to-air missiles and other military equipment on islands in the South China Sea, many of which are also claimed by Taiwan, Vietnam, the Philippines and Malaysia. 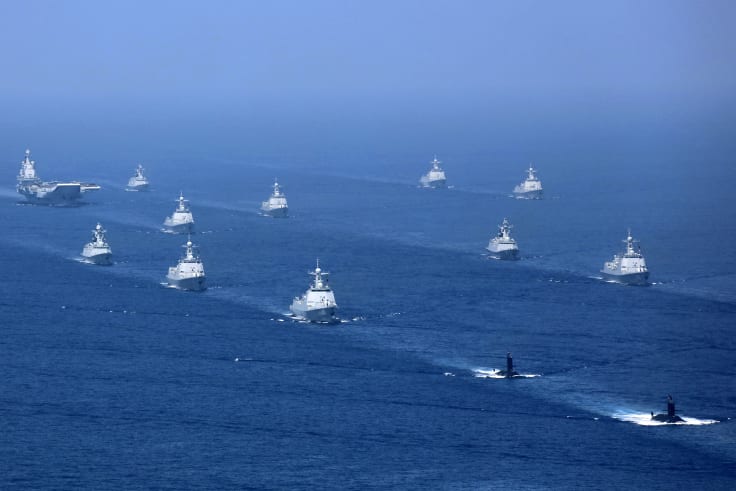 Chinas’s Liaoning aircraft carrier is accompanied by navy frigates and submarines conducting an exercises in the South China Sea.

The discussions, which came as the Trump administration looks to lower the possibility of a trade war with Beijing, were not focused on trade, the US said. Mattis tried to concentrate on security issues between the two countries, including finding areas of mutual interest and ways to avoid provocation and conflict between their countries.

"This is an important time in the history of China and the United States," Mattis said during his meeting with Xi. "So I'm here to keep our relationship on the right trajectory."

The Chinese also reiterated their support for the negotiations with North Korea and the denuclearisation of the Korean Peninsula. According to the defence officials, they also expressed their backing of the Afghan peace process following the recent ceasefire in the country.

Jia Qingguo, associate dean at Peking University's School of International Relations, said it was crucial for the two countries to end what he called "a downward spiral in relations" by working on shared interest in providing global security. He mentioned peacekeeping and humanitarian operations.

Coincidentally, on Tuesday China's drug-enforcement agency announced a series of arrests that involved international co-operation, including that of the United States.

Jia said actions and reactions by both countries — involving the South China Sea and Taiwan — were intensifying, driven by "a lot of suspicion and speculation" that is increasing the risk of a confrontation spinning out of control.

"Even in areas of conflict they need to talk to each other, to manage the conflict, to prevent them from developing into something disastrous," he said.

On Taiwan, in particular, he echoed the government's view that the island's political status made it particularly fraught.

"If it's not handled well, I think you will see the complete destruction of the relationship," he said. "I think a lot of Chinese are worried that this administration will seek to test the limits on this."

The Trump administration took office with officials hinting at stronger support for Taiwan, a self-governing democracy that China considers part of its territory, though the communist government has never controlled the island. Congress has also pressed the administration to do more, passing a Taiwan Travel Act that authorised the White House to increase contacts and trade.

While the administration has offered a package of arms sales and opened up the possibility of sharing submarine technology, it has stopped far short of any actions that would provoke Beijing.

When the United States opened a new representative office in Taiwan's capital, Taipei, it sent a low-level delegation to the ceremony, though some officials had argued for a more robust show of support.

The US Navy and Air Force have been more confrontational in the South China Sea, but mostly symbolically. Two B-52s, for example, recently flew over the Spratly Islands, the archipelago of shoals and reefs where China has been building artificial islands and equipping them with missiles and radar systems.

The Navy also recently sent two warships — the first time it sent two at once — on a patrol through the South China Sea. It maintained, as it always has, that they were enforcing the US interpretation of free passage in international maritime law, not sending a political message to China or anyone else about the competing claims.

The increased tempo of patrols has led to sharp exchanges. US pilots flying over the East China Sea have been targeted by lasers at least 20 times in recent months, The Wall Street Journal reported last week, mirroring tactics used by China near the US base in Djibouti.

But both sides seem intent on not letting the high-seas encounters escalate.