Officials said the film was part of Beijing’s strategy to instil fear and broaden Chinese influence across the Asia-Pacific region. The Chinese air force video showed nuclear-capable H-6 bombers carrying out a simulated attack on what appears to be Andersen Air Force Base on the Pacific island of Guam. The video, posted on the People’s Liberation Army Air Force Weibo account, came as China carried out drills near Chinese-claimed Taiwan in response to the visit of a senior US State Department official to Taipei.

Pacific Air Forces, the major US command tasked with operating in the skies over more than half of the planet, said it was “aware of the video released by the PLA”.

A spokesman said: “It is yet another example of their use of propaganda in an attempt to coerce and intimidate the region.

“Maintaining the safety of our personnel and resources, as well as our allies and regional partners, is of the utmost importance and we remain committed to ensuring a free and open Indo-Pacific for all nations.” 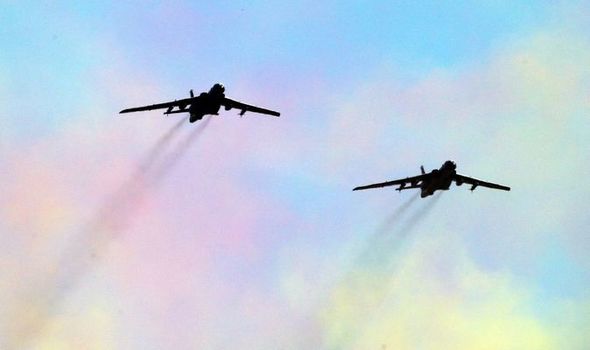 The two-minute video is called “The god of war H-6K goes on the attack!”

It shows H-6 bombers taking off from a desert base and is set to a soundtrack of solemn, dramatic music described some as the sort that would be used in a trailer for a Hollywood movie.

Halfway through, a pilot presses a button and fires a missile at an unidentified seaside runway.

The missile homes in on the runway, a satellite image of which is shown that looks exactly like the layout of Andersen.

The music suddenly stops as images of the ground shaking appear, following by aerial views of an explosion. 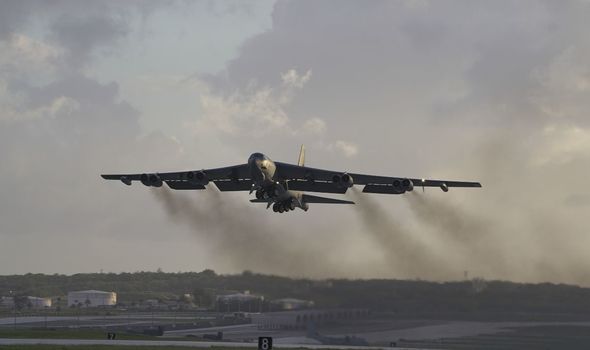 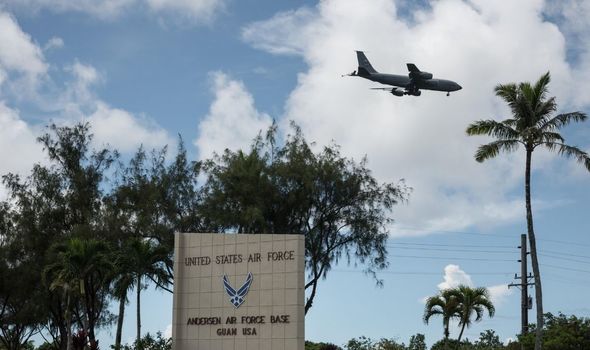 The Chinese air force’s description of the video said: “We are the defenders of the motherland’s aerial security.

“We have the confidence and ability to always defend the security of the motherland’s skies.”

Guam is home to major US military facilities, including the air base, which would be key to responding to any conflict in the Asia-Pacific region.

He said: “The video is meant to warn the Americans that even supposedly safe, rearward positions such as Guam may come under threat when conflicts over regional flashpoints, be it Taiwan or South China Sea, erupt.”

The H-6 has been involved in multiple Chinese flights around and near Taiwan, according to Taiwan’s air force, including those last week.