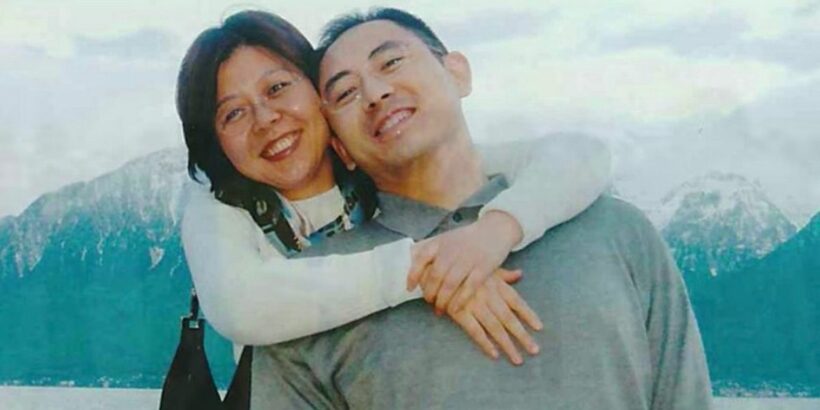 China's richest entrepreneur made billions before "disappearing" off the streets.

Weihong 'Whitney' Duan grew up poor but went on to become China's most successful businesswoman, wheeling and dealing her way to a billion-dollar fortune.

But on September 5, 2017, aged 50, she simply disappeared from the streets of Beijing.

Her ex-husband Desmond Shum is unsure whether she was thrown in jail by the secret police or secretly executed, the New York Post reports.

He said in his new book, Red Roulette: "She was last seen the day before in her sprawling office at Genesis Beijing, a $2.5 billion development project that she and I had built.

"There, Whitney had masterminded real estate projects worth billions more. And now suddenly she was gone."

He thinks that the story of Whitney's vanishing reveals how precarious it is to do business in China, where success has less to do with your acumen and more to do with your connections.

She learned that to succeed at anything in China, you must have excellent relations with others, especially with officials in key positions.

Before long, Whitney connected with the family of the incoming Premier, Wen Jiabao.

Her ex-husband writes: "Ministers and deputy ministers, presidents of state-owned enterprises, and entrepreneurs angled to get an invitation to our table.

"Together we scoured the landscape for opportunities, scrutinizing potential partners and candidates for vacancies at top government posts that [Wen] could fill."

Her position helped Whitney cut billion dollar deals and make her family fabulously wealthy, but it was also to play a part in her downfall.

She had aligned herself with a party faction that was losing its pull and in 2012 the foreign press reported that Wen's family had accumulated a fortune worth more than $2.7 billion during his official career.

Chinese people became angry after finding out that party officials and their families have become wealthy off their political influence and Whitney's role in helping the former Premier's family amass the huge fortune was now exposed.

Xi Jinping, who became China's President in 2013, launched a ruthless "anti-corruption" campaign to shine up his image.

He also made it clear that billionaires were living on borrowed time, predicting in an early speech “the eventual demise of capitalism and the ultimate victory of socialism.”

Whitney had also aligned herself with Sun Zhengcai, a rising star in the Chinese Communist Party who was being singled out as a potential President one day.

As her ex-husband writes: "During his many trips to the capital, Sun sought Whitney out. Late at night, Whitney and Sun would meet at a teahouse on the east side of Beijing to discuss how Sun could beat out [competitors] for the top spot.

"She would help Sun move his pieces on China’s political chessboard.”

But Xi Jinping had decided he wanted to be president for life, making Sun – and Whitney by association – vulnerable.

Sun's career took a nosedive in early 2017 when he was placed under investigation by the Party, and in September of that year, Whitney disappeared.

Her housekeeper was taken at the same time so it is suspected she was at home when the secret police came.

Her ex-husband Shum can only speculate since none of the officials the couple had befriended over the years wanted to make inquiries into her whereabouts.

Shum, who is living in exile in the UK with the couple's son, now 13,, is not sure whether she was thrown into one of China's 'black jails', where citizens are snatched off the streets and held for years without trial, or whether she was secretly executed.

He said: "Whitney invited me on a journey into China’s heart. Each bend of the river carried us deeper.

"With each twist, we became more and more creatures of China’s ‘system,’ a Chinese code word for the highest levels of the Chinese Communist Party.

"While most of China’s 1.4 billion people spend their lives under the spell of the system, we joined it and thrived inside it."