Washington: ZTE Corp has signed an agreement in principle that would lift a US Commerce Department ban on buying from US suppliers, allowing the Chinese telecommunications equipment maker to get back into business, according to sources familiar with the matter.

ZTE ceased major operations and has been on life support since the seven-year ban was imposed in April on the company for breaking a 2017 agreement reached after it was caught illegally shipping goods to Iran and North Korea. 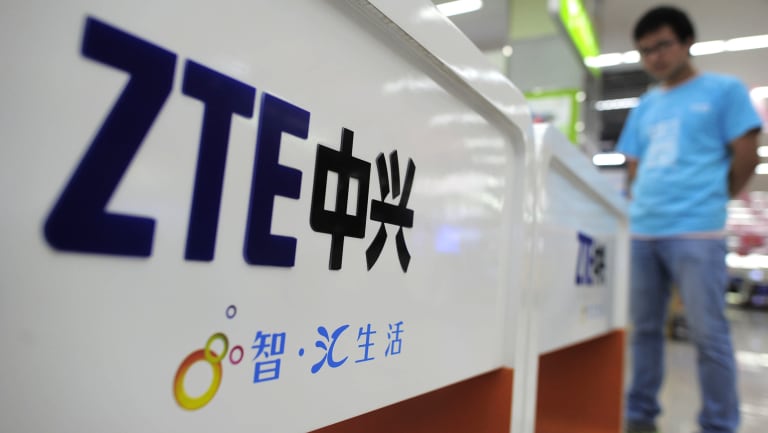 A salesperson stands at counters selling mobile phones produced by ZTE Corp. at an appliance store in Wuhan in central China’s Hubei province.

Commerce Department spokesman James Rockas said on Tuesday that "no definitive agreement has been signed by both parties."

ZTE did not immediately respond to requests for comment.

The preliminary deal includes a $US1 billion fine against ZTE plus $US400 million in escrow in the event of future violations, sources said, adding that the terms were in line with Reuters reporting on the US demands on Friday. 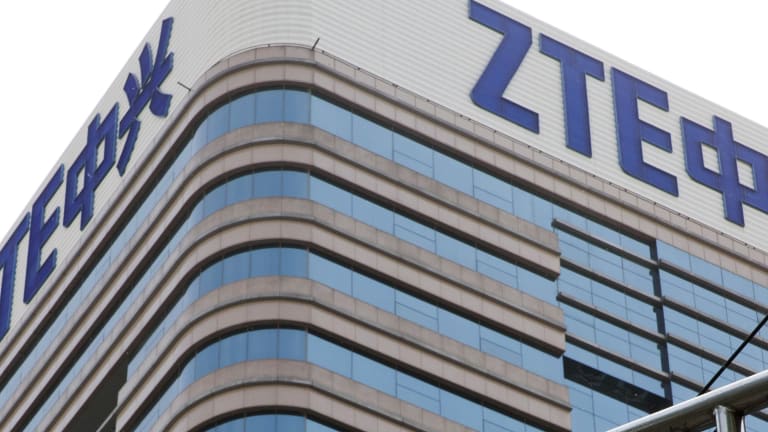 A man walks past a building with the ZTE logos in Beijing.

The Commerce Department plans to amend its settlement agreement from last year and count the $US361 million ZTE paid as a part of that, allowing the US to claim a total penalty of as much as $US1.7 billion, sources said.

Over the weekend, ZTE signed the agreement in principle drawn up by the United States, but the amended settlement agreement has not been signed, sources said.

As part of the deal, ZTE must also allow unfettered site visits to verify that US components are being used as claimed by the company, post calculations of the US components in its products on a public website, and replace its board and executive team in 30 days, sources said.

US companies provide an estimated 25 to 30 per cent of components in ZTE's equipment, which includes smartphones and gear to build telecommunications networks.