A Chinese developer has developed a new mobile app that can let their female users appear to have longer, slimmer legs and larger breasts.

The app, developed by Beijing-based company SenseTime, can apparently let users alter the shape of their body without disrupting the background – thanks to the augmented reality technology.

Although the mobile app is yet to launch, it has caused a stir on the Chinese social media platforms after the company released a promotional video. 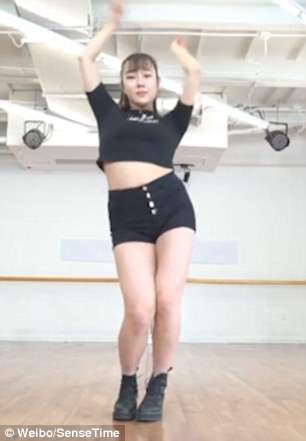 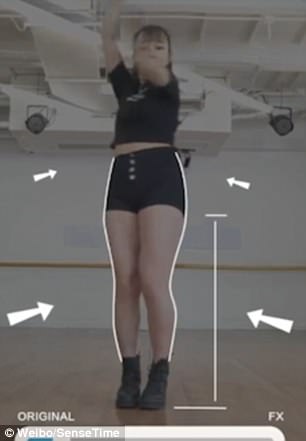 SenseTime is yet to launch a mobile app to allow users to alter the body figures (left). The real-time interaction can track movement to make adjustment (right)

The new app, which the name has not been revealed, is a video recording app that allows users to alter their body shapes accordingly.

Video posted on SenseTime’s Weibo account, the Chinese equivalent of Twitter, has drawn over 1.4 million views since it first posted on April 28.

The augmented reality (AR)-enabled app shows a girl dancing in front of a camera. The application shows a cursor to adjust the overall body figure.

It can also re-shape the length of the legs, the waistline and even the breast size.

The results are shown in real-time as the girl carries on dancing.

As most of the photo enhancement apps will disrupt the background, this new video app gives the users better control to adjust on the person only.

According to Apple Daily, SenseTime introduced the app in their press conference recently.

The app uses SenseAR, including the use of augmented reality and body alignment features, to pinpoint any moving objects accurately.

The technology can track and follow the users’ movement and enhance the shape instantly. 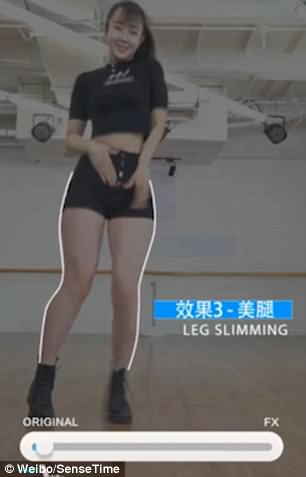 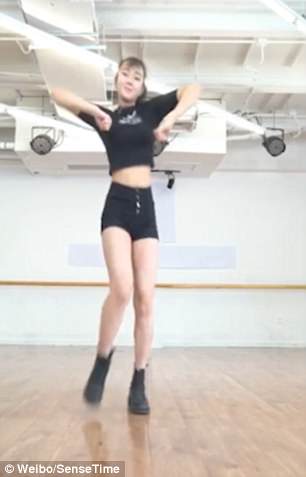 Users can adjust a slimming effect using a cursor (left). The enhancement techniques can lengthen and elongate the legs without altering the background (right). 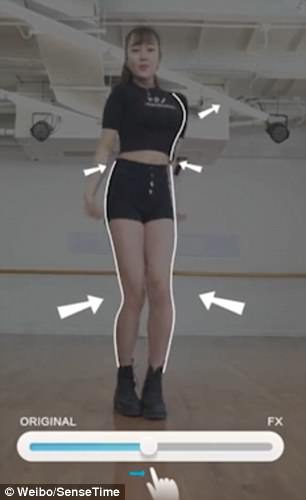 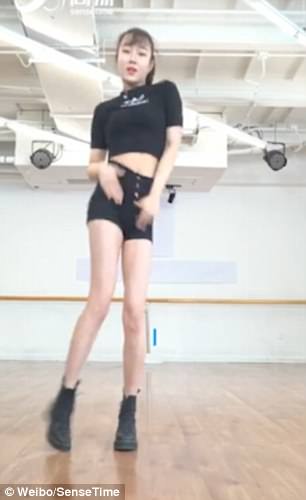 Web users are enthused over the new app as they ask to test the app before its official launch.

However, some said the enhancement technique has dragged people to live in a distorted world.

‘I can’t tell what is true and what is fake anymore if everything can be altered into an ideal shape,’ said ‘daniwozuo’.

‘There is no way to tell if the blogger is slim or fat when you watch live-streaming videos,’ wrote ‘Wxixixixinai’.

SenseTime was first created by the department of Engineering at the Chinese University of Hong Kong in 2014. It then led by Xu Li, then one of the PhD students in the class and developed as a company.

Having established partnerships with companies such as OPPO, Honda and Suning, the largest consumer electronics retailer in China, the artificial intelligence-focused company is now backed by Alibaba Group with a funding of US $600 million.