Chinese President Xi Jinping is set to visit Pyongyang next month at the invitation of North Korea leader Kim Jong-un to attend the celebrations of the 70th anniversary of North Korea’s founding, according to a report.

It will be the Chinese leader’s first visit to the North Korean capital since he took power in 2012, and 13 years after the last visit by a Chinese president, when Xi’s predecessor Hu Jintao visited in 2005, Singapore’s Straits Times newspaper reported on Saturday.

North Korea’s celebrations are set to take place on September 9 and the newspaper report said that Xi’s visit could still be subject to last-minute changes. 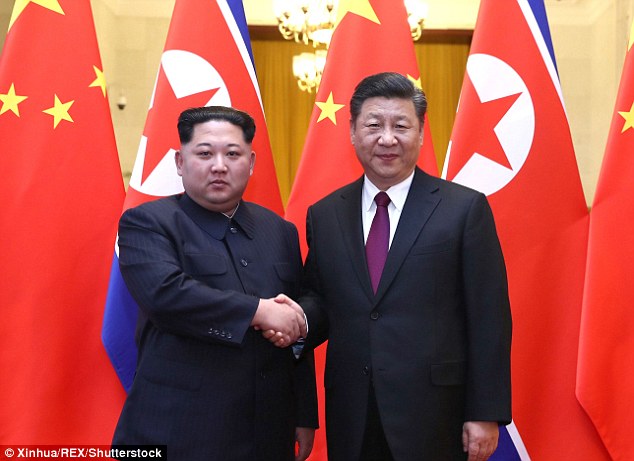 Chinese President Xi Jinping first met North Korea leader Kim Jong-un in March (pictured). Xi will visit Pyongyang next month to attend North Korea’s 70th anniversary celebrations, according to Straits Times. It will be Xi’s first visit to the capital since he took power in 2012

The Straits Times did not say where it obtained the information and the Chinese foreign ministry did not immediately respond to a request for comment.

China is the reclusive country’s most important trading partner and Kim has visited China three times so far this year – twice to Beijing and once to Dalian – during which he has held talks with Xi on improving cooperation between the two countries and economic reforms.

The first two meetings, in March and May, were held before the Singapore summit between Kim and United States President Donald Trump in June. The third came after the summit, to brief China on the outcome.

The United States has stepped up sanctions on North Korea to pressure Pyongyang to give up its nuclear program.

This week, the United States imposed sanctions on Chinese firms for exporting alcohol and cigarette products to North Korea in breach of those sanctions. 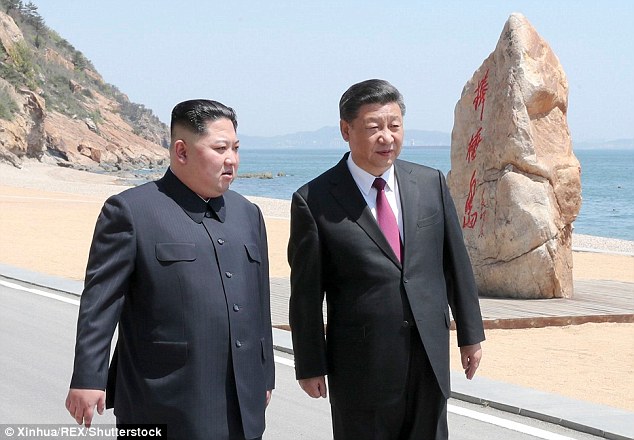 The second meeting between the two leaders took place in May in Dalian (pictured). The third came after the summit between US President Trump and Kim, to brief China on the outcome