The changes, which Mr Grayling made in 2013 as Justice Secretary were blamed for a 47 per cent spike in reoffending over three years. 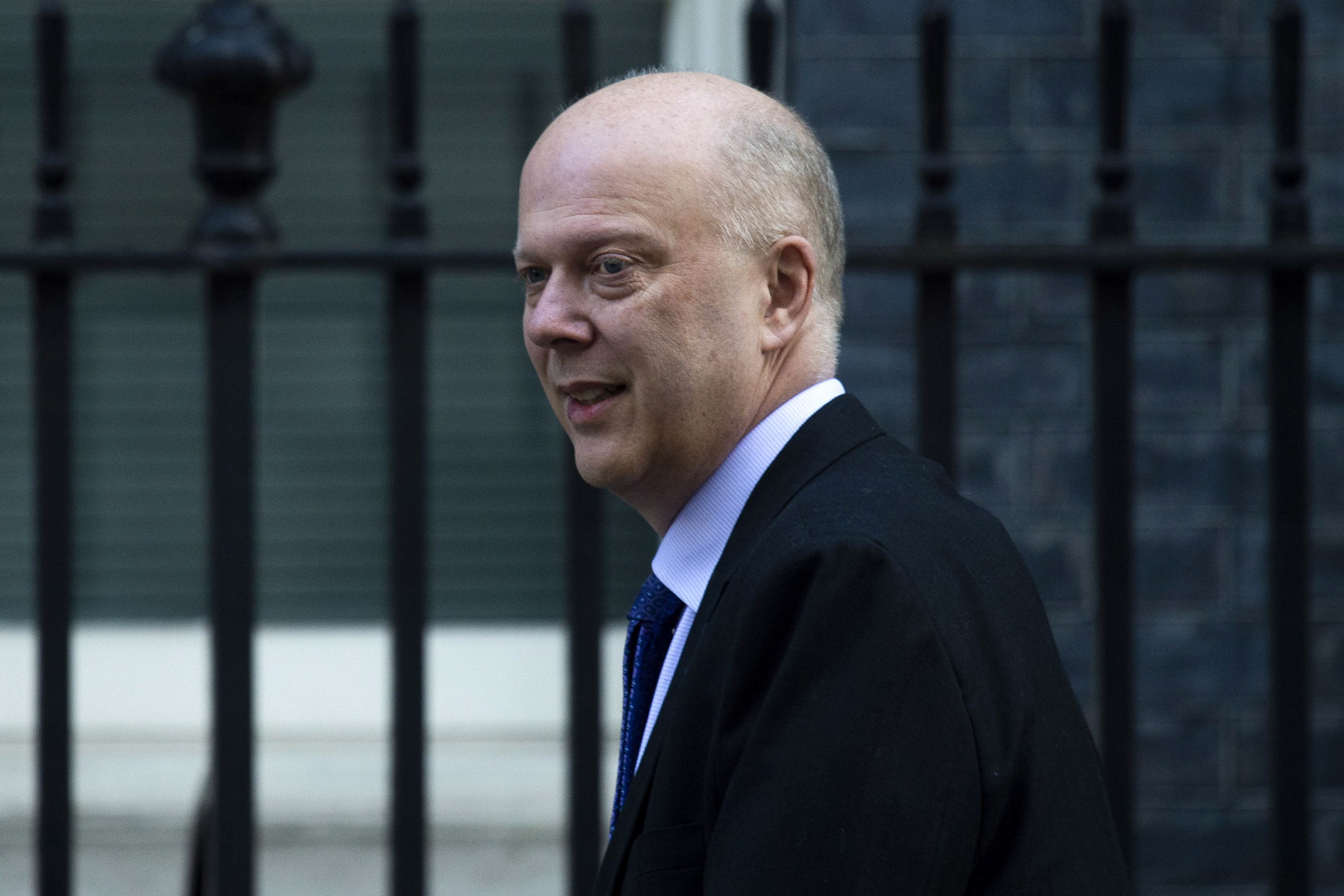 And yesterday Mr Grayling, who is now Transport Secretary, conceded: “They haven’t worked as well as we would have wanted.”

But he fought accusations he is at fault for another government cock-up – over the £33million No Deal ferry farce.

Mr Grayling piled the blame on Health Secretary Matt Hancock for the decision to payout the cash to Eurotunnel after it threatened legal action for shutting it out of the bidding process for No Deal freight ferries.

Mr Grayling said: “The decision that we took last week was taken by the Department of Health to protect drugs supplies to the UK in a no-deal in the same way as these contracts were let in the first place, after a discussion and a decision by a Cabinet committee because we had to prepare for all eventualities,” he said as he arrived in Downing Street for the weekly meeting of the Cabinet.

“We are still working for a deal, we don’t want to leave without a deal, but we have to be ready for all eventualities. This was a sensible part of contingency planning to make sure that we had all resources that we needed, all the medical supplies that we needed for the NHS.

“That is why the Cabinet took the decision that it did. That is why we collectively last week decided, however regrettable the Eurotunnel court action was, that we had to take a decision to protect the interests of the country in the circumstances of a no-deal Brexit. And that is the right thing to do.”

Asked if he felt under pressure to resign, he said: “I will carry on serving the Prime Minister as long as she wants me to.”