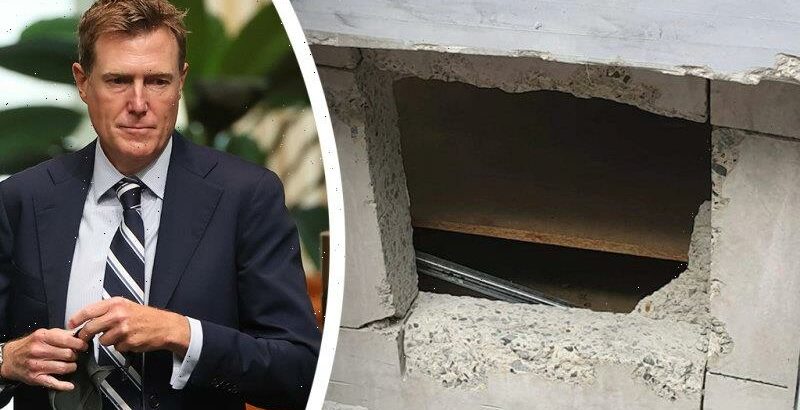 Former attorney-general Christian Porter has returned to private legal practice, acting as a defence lawyer in a high-profile Perth gun heist trial which commenced on Monday.

Once touted as a potential future prime minister, Porter announced his retirement from federal politics in 2021 and a new member for his highly contested seat of Pearce will be elected on Saturday. 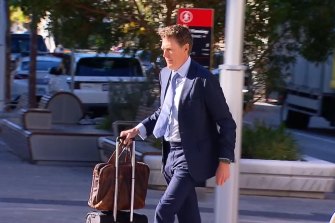 Former federal attorney-general Christian Porter has returned to the bar as a lawyer in Perth. Credit:Nine News Perth

His exit from parliament followed historical rape allegations, which he strenuously denies, and his decision to accept donations from a blind trust to pay for his defamation action against the ABC, which initially reported the allegations.

Dressed in a suit and robed, the 51-year-old was back behind the bar table at Perth District Court on Monday, tasked with defending Hamilton Hill man Ashley Christensen.

The 29-year-old is accused on being part of a trio of thieves who carried out a sophisticated gun heist by cutting through two thick concrete walls to access a vault at Claremont Firearms in the southern suburb of Yangebup about 11.30pm on November 21, 2019.

The men are accused of stealing more than 200 weapons, with some later found buried in bushland after a member of the public noticed tracks and disturbed ground.

State prosecutor Laura Christian SC alleged the men stole a ute to carry out the burglary and then set it on fire, with Christensen’s DNA found on car keys next to the wreckage and on a saw found near the buried weapons.

A large cargo case matching the description of one Christensen was seen buying from Bunnings 10 days before the burglary along with co-accused Nicholas Ronzitti was also recovered from the ground.

The state alleges Christensen’s DNA was also found on the SIM card of a hidden camera set up overlooking the rear of the gun shop and one of the stolen firearms was later recovered from his aunt’s house.

In his first opening to a jury since returning to private practice, Porter said his client denied any involvement in the burglary.

“Mr Christensen, because of the presumption of innocence, does not have to prove anything in this trial,” he said.

“It’s very different from the civil standard [which is] the balance of probabilities.”

Porter described the state’s case as a circumstantial one with no direct witnesses.

“Sometimes the jigsaw will be missing too many pieces, they don’t fit properly … and sometimes at the very end of the trial, the picture at the end is very different from the picture that you hear at the beginning in open addresses,” he said.

“Keep an open mind, don’t jump to conclusions, wait till you hear all the evidence before you start deciding important things.”

Porter was a member of parliament from 2013 to 2022, after formerly working as a prosecutor for the Director of Public Prosecutions, and a stint in state politics as WA’s attorney-general and, later, treasurer.

The trial, expected to take four to six weeks, continues.