The shrinking sprouts! Christmas dinner staple will be closer to pea-size this year after the summer’s heatwave and lack of rain stunted their growth

The festive dinner plate may offer a little less than usual this year as supermarkets stock their shelves with Brussels sprouts closer to the size of a pea.

The tiny vegetable, which is already being sold in supermarkets such as Waitrose, measure about 15mm compared to their usual size of up to 40mm.

As demand for the green vegetable soars over the Christmas period, the unusual sprouts, which have come about to a lack of rain during the summer’s heatwave,  may leave some buyers disappointed. 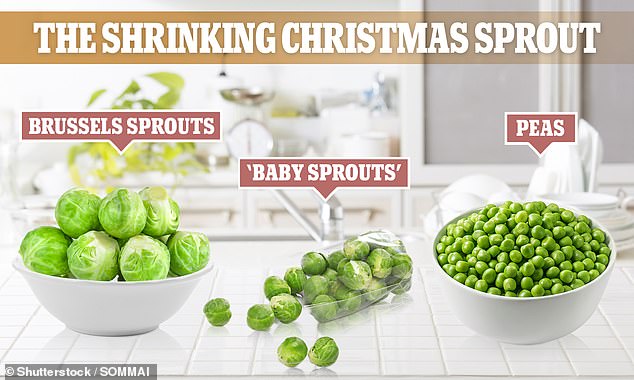 The sprouts are now widely available across Waitrose stores across the country, with a 100g bag of the trimmed ‘baby sprouts’ being sold for £1.10 according to the company’s website.

Hannah Steward, technical manager at Waitrose, told The Telegraph: ‘Sprouts have had a tricky time this year but our suppliers have worked incredibly hard and the quality this year is superb.

‘Due to the very warm weather over the summer and the long growing period, we spoke with our farmers to figure out the best way to maximise the crop.’ 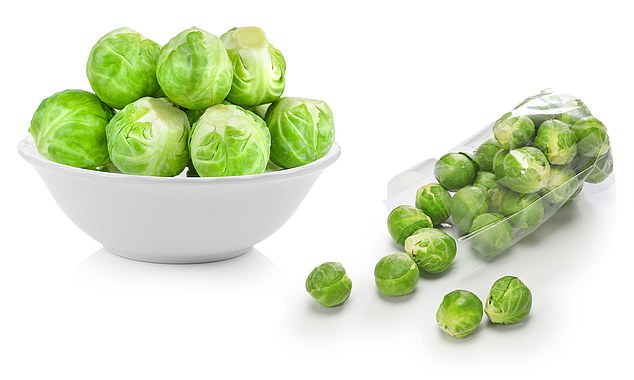 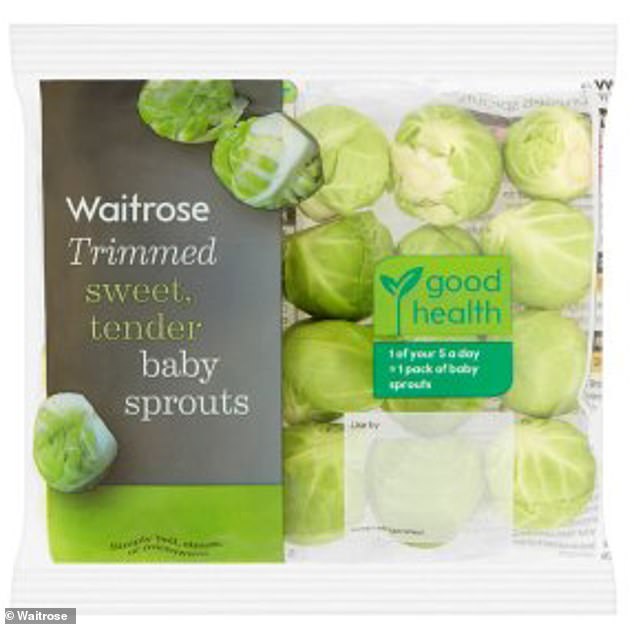 Due to this year’s summer heatwave and a lack of rain, there has been a shortage of the ordinary sized sprout- which have not been able to grow to their full size.

Therefore the decision to sell the smaller sized sprouts by Waitrose will allow farmers to maximise the crop.

With the vegetables making a resurgence this time of year, the tiny sprouts may offer diners the chance to give the small vegetable a try and may even be slightly easier to cook too.