DAEGU, South Korea (Reuters) – Usually teeming with thousands of worshippers, the church at the center of South Korea’s largest coronavirus outbreak was shuttered and silent on Friday, surrounded by empty streets. 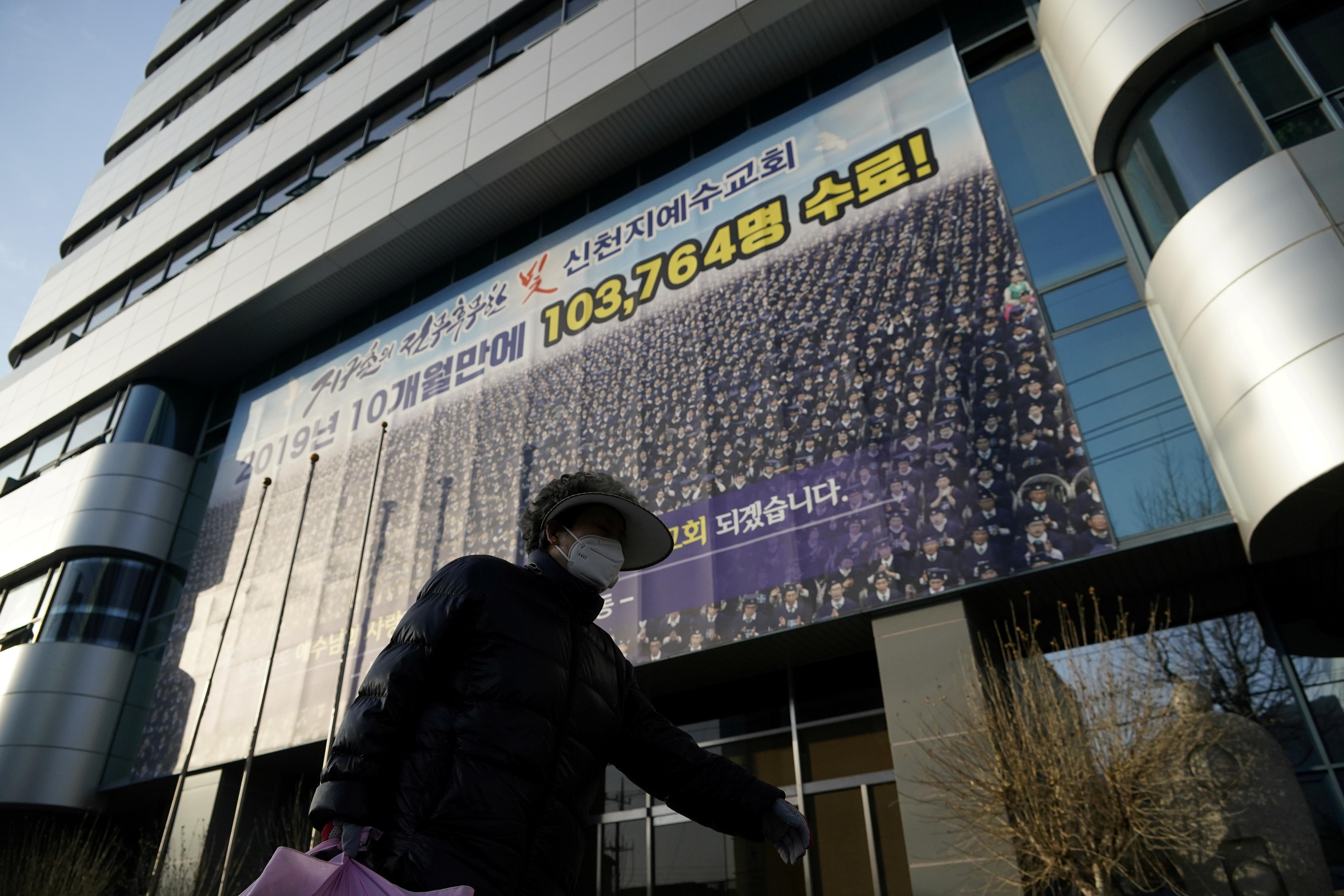 After a few minutes, a young man came out of the Shincheonji Church of Jesus the Temple of the Tabernacle of the Testimony in the city of Daegu and threatened to call the police if anyone tried to get in.

He was the only one there, he told Reuters – “all of our 9,000 believers are at home.” Staff had already cleaned and disinfected the building twice this week, on Tuesday and Wednesday, he said.

The man, who declined to give his name, ventured out to stick a few ‘no entry’ signs on the carpark fence before retreating back into the building.

South Korea reported 100 new confirmed cases of the coronavirus on Friday, taking the national total to 204, the majority in Daegu, the country’s fourth-largest city.

Most of those new cases have been traced to a 61-year-old woman who had taken part in services at the church, authorities said. Other cases were linked to a funeral in a hospital attended by several other church members.

Someone had thrown eggs at the front gate of the building, a sign of the suspicion that has simmered since the cases were reported at the church – a branch of a network of congregations, founded and still run by self-proclaimed messiah Lee Man-hee.

Nearby, residents and shopkeepers said the Daegu church was usually bustling with services several times a week. They found the silence unsettling.

“When a service was over, thousands of people in the same black suits would emerge from the exterior top floor staircase and come all the way down to the ground because they only have two elevators,” said a 28-year-old resident who would only give his surname Seong.

“That would go on for more than 10 minutes. Really bizarre if you watch it. There are that many people.”

Authorities fear those large gatherings played a part in the spread of the virus. More than 500 members in the city were showing symptoms of the virus as of Friday, health officials said, though tests were ongoing.

Further away, most shops and restaurants on Dongseong-ro, one of the city’s main shopping streets, were empty. The handful of people still out on the pavements wore facemasks. An American military base nearby was quiet, gates closed.

Seong said he drove far from his neighborhood to get groceries or bought things online to avoid contamination.

“The mayor told people to stay home but it’s difficult for many regular company employees like me whose workplaces are open as usual,” he said. “We do avoid going out.”