Washington: Gina Haspel, President Donald Trump's nominee to head the CIA, won the backing of the Senate intelligence committee on Wednesday, paving the way for her expected confirmation to lead the spy agency.

The panel voted 10-5 to advise the full Senate to confirm Haspel, whose nomination has renewed debate over the harsh interrogation program the CIA conducted on terror suspects after the September 11 attacks. She has told Congress that the agency shouldn't have used those harsh tactics and has vowed not to restart them. 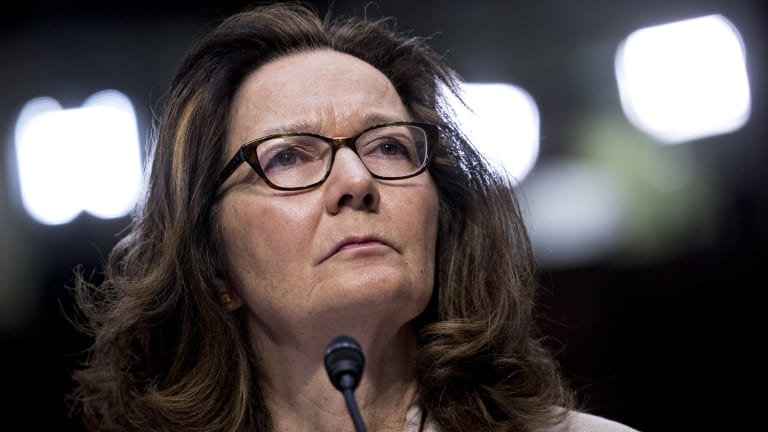 Haspel offered assurances that if she gets the job, the spy agency wouldn’t resort to waterboarding and other techniques that she once helped supervise.

The committee released the result of the vote that was conducted in closed session without giving further details. However, all eight Republicans and two of the seven Democrats on the panel earlier expressed support for Haspel. The remaining five Democrats had announced their opposition.

The confirmation vote by the full Senate could occur before the end of the week.

The interrogation program became one of the darkest chapters of the CIA's history and tainted America's image worldwide after the September 11 attacks. Critics opposed Haspel's nomination in part because of her role supervising a secret CIA detention site in Thailand for several months in 2002.

Haspel has not disclosed any details of what she did in connection with the interrogation program or say whether she thought it had been immoral.

But during her confirmation hearing last week, she said she doesn't believe torture works as an interrogation technique and that her "strong moral compass" would prevent her from carrying out any presidential order she found objectionable.

"With the benefit of hindsight and my experience as a senior agency leader, the enhanced interrogation program is not one the CIA should have undertaken," according to Haspel's written answers to some 60 additional questions from lawmakers.

Bolstering the comments she made during her hearing, Haspel wrote, "I do not support use of enhanced interrogation techniques for any purpose."

Attention now turns to the vote by the full Senate, which has not yet been scheduled. Haspel has already won the backing of several Democrats. They include Mark Warner of Virginia, Joe Manchin of West Virginia, Joe Donnelley of Indiana, Bill Nelson of Florida and Heidi Heitkamp of North Dakota.

The only Senate Republicans who are not expected to vote for her are Kentucky's Rand Paul and Arizona's John McCain, who is battling cancer and is not expected to be present for the ballot.

Haspel's opponents, however, continue to weigh into the debate.

"Ms Haspel is cynically trying to offer mere words in an attempt to win votes to support her confirmation," said Charles Krulak, former commandant of the Marine Corps.

"The definition of moral courage is doing the right thing at the right time for the right reasons when no one's looking. Gina Haspel failed that test," said Krulak, who organised a letter signed by more than 100 retired generals and admirals expressing concern over her nomination.

"This country has not held any officials accountable for the use of torture, so it's even more outrageous that the government is considering someone to the chief intelligence position in spite of her alleged participation in that clearly illegal and immoral activity," she said.