KIEV (Reuters) – Ukrainian President Petro Poroshenko said on Saturday his country had stepped up security at vital infrastructure sites such as nuclear power stations and Black Sea ports in the face of what he called a Russian test of the world order. 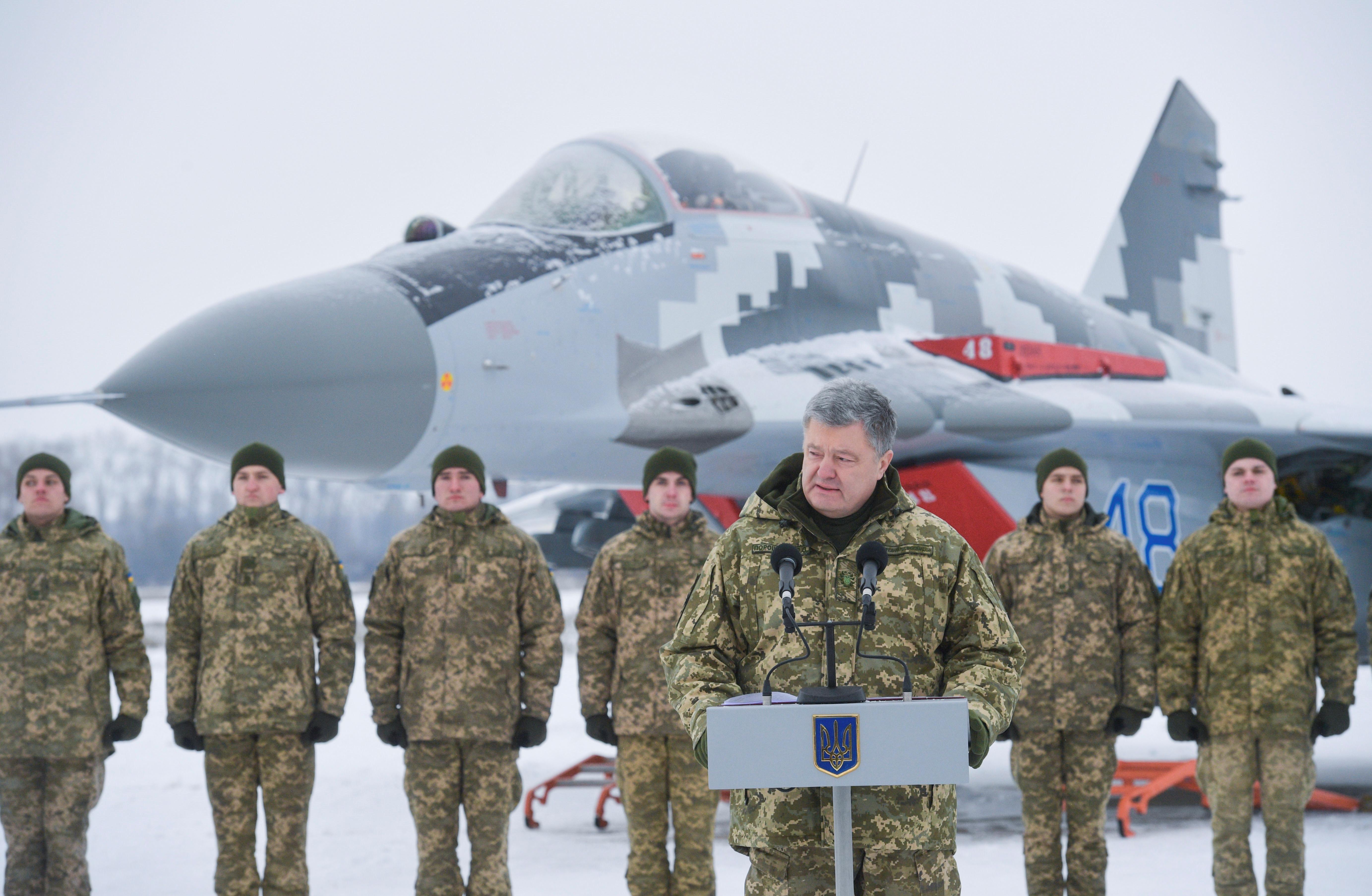 Russia opened fire on and seized three Ukrainian navy ships and their crews on Nov. 25 in an incident which Moscow and Kiev have blamed on each other, triggering a crisis that has raised fears of a wider conflict.

Poroshenko on Saturday repeated allegations that Russia had amassed a large military force in eastern Ukraine, which is controlled by pro-Russian separatists, and in Crimea, which Russia annexed from Ukraine in 2014.

Moscow had also built up a powerful naval force in the Black Sea and the Sea of Azov, which Russia and Ukraine share, he said.

Ukraine had stepped up security at critical infrastructure sites, including at nuclear and hydroelectric power plants, chemical factories and at ports on the Black Sea and the Sea of Azov, Poroshenko said.

Ukraine has introduced martial law in parts of the country for 30 days, and Poroshenko said on Saturday military reservists in those areas would practice mobilizing and that military factories would be changing the way they worked too.

Russian President Vladimir Putin has dismissed last weekend’s Black Sea clash as a minor border incident and accused Poroshenko of engineering what he called a “provocation” to boost his flagging popularity before an election next year.

Russian politicians have also said they believe the military phase of the confrontation is over.

The incident took place near the Kerch Strait between Russian-annexed Crimea and southern Russia, which controls access to the Sea of Azov, location of both Russian and Ukrainian ports. Moscow says Ukrainian navy ships entered Russian waters while trying to cross the strait without prior notice, ignoring orders to stop. Kiev says its ships should need no Russian permission to cross the strait.

Russia’s state TASS news agency cited pro-Russian separatists in eastern Ukraine on Saturday as saying they had observed a large inflow of Ukrainian military forces nearby.