Stressed city trader, 36, who worked for Merrill Lynch took his own life after his wife and child went away to visit her parents to ‘give him some space’

A stressed City trader took his own life when his wife and child went to visit her parents, an inquest heard.

Joseph Heraty, 36, a leading equities sales trader on London for Bank of America Merrill Lynch, had taken a week’s sick leave for stress and migraines.

His wife Laura went to her parents in Norfolk for three days to ‘give Joe some space’ leaving him alone at their luxury flat in Wapping, east London. 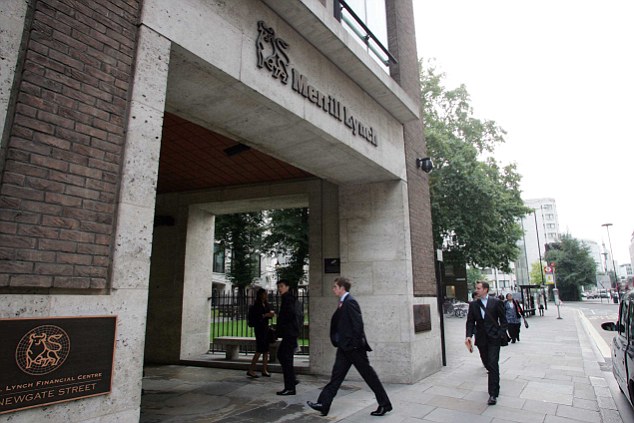 She last spoke to her husband on the Thursday night before the Saturday morning when she returned home on April 21.

But she left their child with the porter after failing to get him on the phone and entered the flat just after 9 am to discover the 36-year-old had hanged himself.

Describing her time with her parents she told Poplar Coroner’s Court: ‘During that time Joe seemed fine, he was even doing some jobs around the house.

‘I said to him you should make sure you get outside and get some sunlight.

‘He replied ‘I will try’ and that was the last I heard from him on Thursday April 19. When we got back to the flat I called Joe but he didn’t answer.

‘I left my child with the porter and went up to the flat on the fourth floor. After entering I could see his feet.

She added: ‘Joe was a loving husband, son and friend – he was a loyal father and a special person.

‘Joe’s work has has a massive impact on him. I told him to have some time off for work related stress.

‘In the weeks leading up to his death he was showing signs of stress and his headaches worsened.

‘He has taken the week off before his death – he was due to see a psychiatrist the day after.

‘We were building a new house in Kent for two years – which was on his mind. There was never any arguments in our relationship.

‘Joe never expressed any suicidal thoughts during our time together and we were excited to move into a new home in Kent.’

Paramedic Gary Edwards told the hearing: ‘On April 21 at 9.42 am I attended the home in Wapping.

‘Mrs Heraty was in a clear state of distress and I waited for the police to arrive.’

Pathologist Dr Alan Bates confirmed no alcohol or drugs were found in Mr Heraty’s bloodstream and no signs of restraint or bruising to the body.

Mr Heraty had been prescribed migraine tablets Sumatriptam weeks before his death but there was no indication this was a contributing factor.

A post mortem revealed no signs of restraint or bruising to the body. 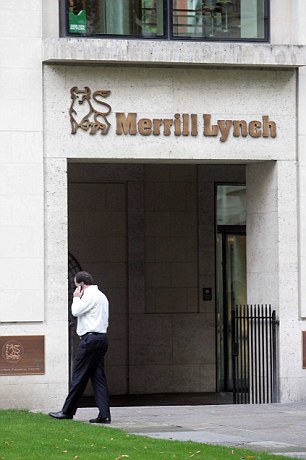 Nick Egerton, managing director at Bank of America Merrill Lynch, said that Joe showed no signs of stress at work.

He said: ‘I am still shocked about what has happened, when I heard… I couldn’t believe it.

‘Joe was a friend and a colleague of nine years – I managed him for the past year. He was loved by so many people and so much time for everyone.

‘Joe was one of the very best at what he did globally, he was exceptional.

‘There was no change in Joe in the weeks leading up to his death, I know he took some time away, but he appeared fine.

‘Two nights before his death I messaged him and told him we missed him. He text me back and said ‘I love you man x’.

‘It was a demanding job – but Joe loved work. He never used any words or phrases to make you think he wasn’t feeling well.’

Senior Coroner Mary Hassell said: ‘The purpose of this inquest has been to establish the what, the when, the how and the why.

‘Joe died some time between April 20 and 21 at the family home in Wapping. Unfortunately in this case, there is no clear ‘why’ – I’m sorry I cannot answer that question.

‘There was no evidence of harm against Joseph, there was no marks or signs of restraint to suggest interference. The medical cause of death was suspension. His death was a suicide.’

During the inquest Ms Hassell blasted police for their delay in the inquest coming to court.

She said: ‘It has taken the police five months and they have still not accessed the deceased’s phone.

‘This is completely disappointing and unacceptable – I’m going to speak to the officer to proceed with this further.’

Inspector Damien Reid apologised and blamed ‘terrorism’ for the hold-up.

He said: ‘We have been unable to access two phones because we don’t know the pins.

‘There has been a priority with terrorism and other serious crime – on behalf of the Metropolitan Police I am sorry.’

For confidential support in the UK, call the Samaritans on 116123 or visit a local Samaritans branch, see samaritans.org for details.