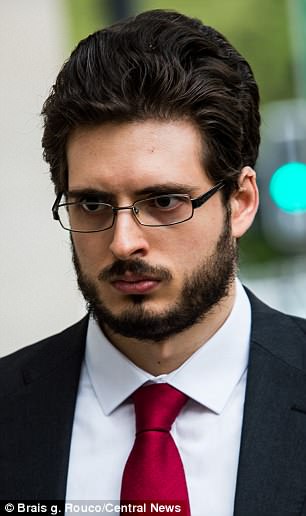 Davide Buccheri, 25, was working for giant asset manager M&G in central London as a fund manager’s assistant when he targeted Rebecca Baker

Davide Buccheri, 25, was working for investment management company M&G as a fund manager’s assistant when he targeted 22-year-old Rebecca Baker.

Buccheri took photos from the Durham University graduate’s social media and edited her face onto pornographic pictures of other women between September 2016 and May 2017.

He then told the woman’s bosses about the photos to discredit her.

The Italian was convicted at Westminster Magistrates’ Court of harassment and taken into custody before his sentencing on Tuesday. He was ordered pay £5,000 in compensation to his victim.

The court heard Buccheri made a series of ‘unwanted romantic advances’ when Ms Baker joined the firm as an intern in September 2016.

Buccheri explained that he took an interest in all of the interns starting at M&G and looked them up on social media.

The court was told that he joked to a friend: ‘I stalked her and I only stalk people I like a lot.’

Buccheri invited her for coffee but Ms Baker hesitated as she felt uncomfortable before deciding to go.

He then asked for her mobile phone number, but refused to give him it out to him, before sending her messages on the internal email system.

Ms Emby said Buccheri had ‘obsessive crush that ended in rejection for Mr Buccheri, damaging his pride and driving his desire to cause Ms Baker harassment, alarm or distress’.

District Judge Richard Blake found Buccheri guilty of one charge of harassment without violence and said: ‘You were obsessed with this young woman.

‘You were overwhelmed by her rejection of you and then you set about to destroy her.’

The judge said a custodial sentence was ‘almost inevitable’ and added: ‘You conducted a quite wicked, calculated campaign against this young woman. It is shameful.’ 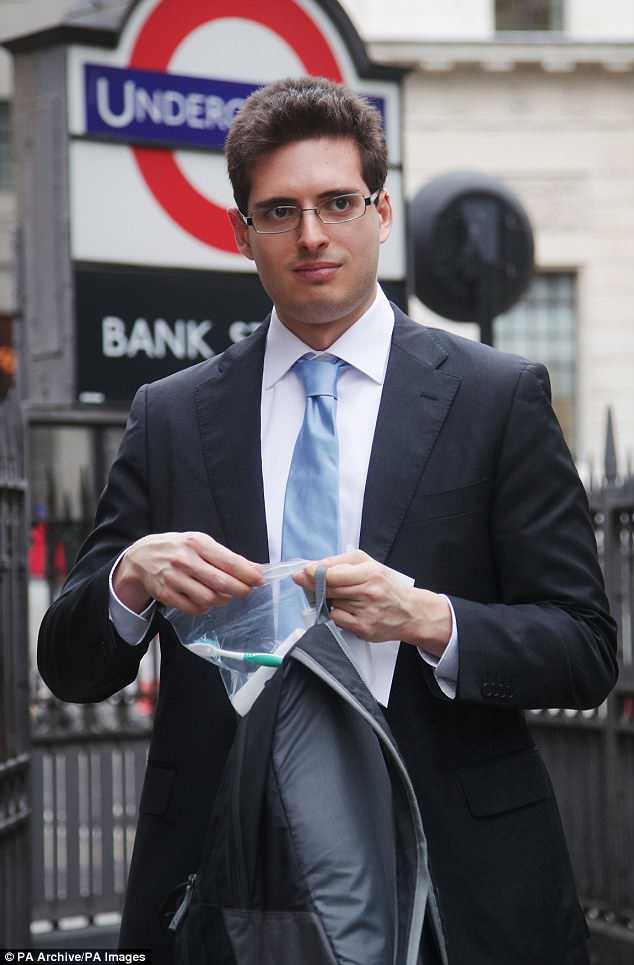 ‘At first the messages were friendly, and I felt obliged to keep it that way,’ she said.

‘I felt bad for him in that I did not have his interest. There had been email exchanges when I had made it quite clear that I wanted to maintain a professional relationship.

‘He sent me a long gushy email. He gave me his mobile number despite me not giving him mine. I felt uncomfortable.’

Passing sentence he told the Italian: ‘You were obsessed with this young woman.

‘You were overwhelmed by her rejection of you and then you set about to destroy her. You conducted a quite wicked, calculated campaign against this young woman.

The judge likened Buccheri’s behaviour to a ’21st Century sort of revenge’ by a tech-savvy young man.

‘I was sure that you, having been spurned by her in a very professional and gentle and understanding way set about on a course of revenge against her,’ he said.

‘This is a 21st centre sort of revenge. You placed her images on those websites, you thereafter alerted M&G bosses in order to discredit her.

‘Ms Baker is going to to live forever with the fear that someone will Google her name and some ghastly website will come up and she will be reminded of the offences that you invoked.’ 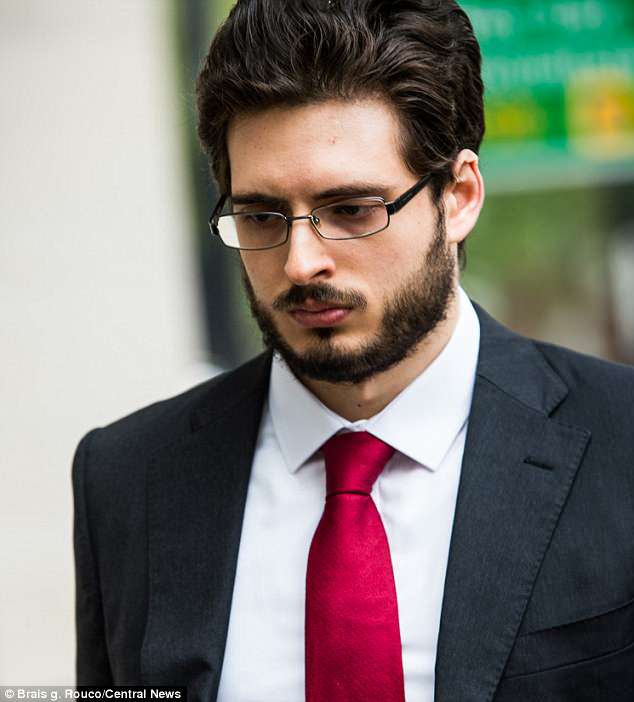 The judge said he recognised that it was a tragedy for Buccheri also, adding: ‘I am sure this is not how your parents expected your future to go.

‘You are a young man, you clearly have intellect and the consequences of this conduct has destroyed your careet.’

The court heard Ms Baker had succeeded so well in her placement with the firm she was offered a role following her graduation.

‘Before she took up that post, she was called to the HR department of that company and was told of evidence which had come to their attention that she had featured on pornographic websites,’ the judge said.

‘She knew nothing of these images.

‘At the start of her career, an intelligent woman leaving university with every reason to be excited about the future suddenly found herself confronted with these ghastly images and the suggestion that rather than being the person she presented herself as to the company during her interview, there was a much darker side.’

He continued: ‘She is going to have to live the rest of her professional life with the sniggers by the water cooler or whispers when she goes by.

‘She doesn’t deserve that.

‘This young woman did absolutely nothing to bring about your disgusting behaviour.

‘I hope anybody that knows her or works with her gives her the privacy of not acknowledging this case and allow this young woman to go on with her career.’

The court heard he was dismissed from his role at M&G following what happened and has since returned home where he is yet to find work.

Emily Baxter, defending, said Buccheri claimed to have only £60 left in his bank account after spending ‘far too lavishly’ while he was in employment and losing his job.

She said his behaviour was as an ‘infatuation that went too far’ where he was ‘creating this online fantasy’.

‘It is clear that he developed a complete infatuation with her, but he did not have the social skills to know what to do with that or the thinking skills to assess the consequences of his actions or the skills to deal with what he then felt when she politely turned him down,’ she said.

She said he was ‘completely besotted’ with her and explained: ‘Perhaps now we are seeing the beginnings of remorse.’

Buccheri was jailed for 16 weeks and was ordered to pay Ms Baker £5,000 in compensation.

He was also made subject of a restraining order against Ms Baker and any member of her family until further order.

His LinkedIn profile states that he worked for M&G after graduating from a 12-month rotational programme.

M&G is an investment company managing the long-term savings of millions of people across Europe, Asia and the Americas.

According to their website, customers’ assets currently under their management total £281.5bn as of June 2017.

Buccheri denied but was convicted of one count of harassment without violence.