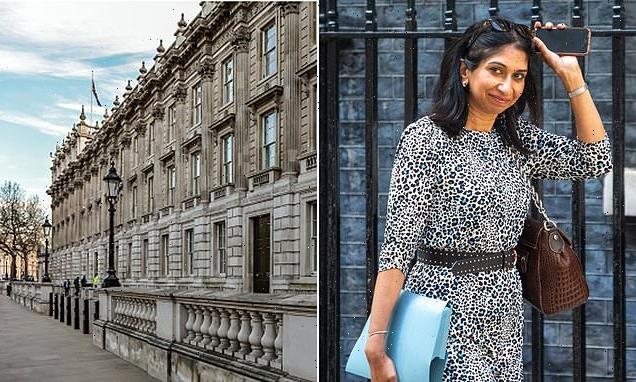 The Government’s main opposition when it comes to enforcing Brexit reforms are Remainer civil servants who try and thwart ministers at every step, the Attorney General claims

Civil servants are fighting against Brexit reforms because they still want to be in the EU, the Attorney General has claimed.

Suella Braverman said that some mandarins cannot imagine ‘life outside the EU’, with her ‘biggest battles’ among officials instead of politicians.

The MP said that she did not expect this challenge, after campaigning for Brexit 2016. 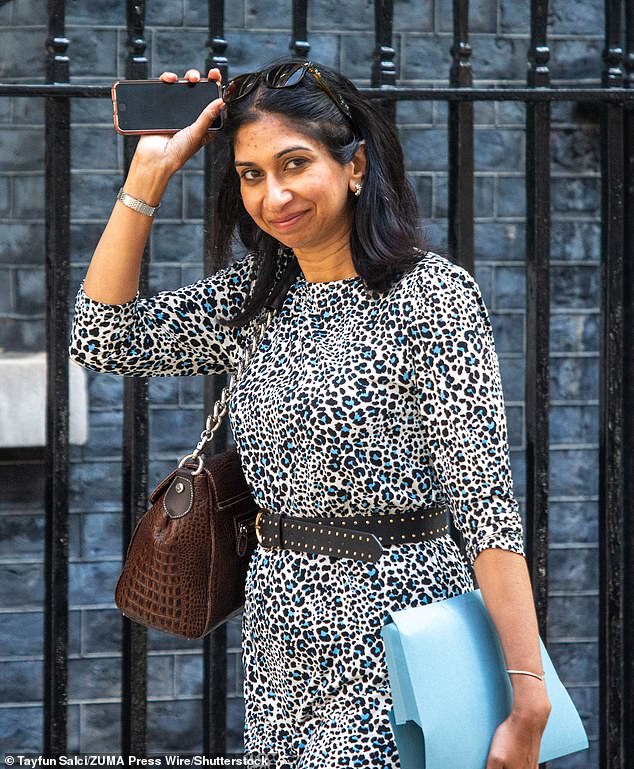 She told The Sunday Telegraph that Brexit provides a ‘great opportunity to peel back … onerous rules and bureaucracy to actually help the consumer.’

The 42-year-old said that the prime minister highlighted post-Brexit deregulation as a goal for the Government, with the Conservatives promising a ‘red tape challenge’ to create ‘sensible and proportionate’ regulations.

She added that British rules should ‘work for British companies’.

Some European Union law kept by Government includes essential parts of the country’s approach to VAT — which remain based on its definition of ‘business’ and the EU view of ‘abuse’.

Ms Braverman also criticised companies, such as Halifax, for allowing a ‘collective frenzy’ to develop over gender, and ‘take hold of common sense’.

She told the newspaper that as both an MP and mother, she is concerned about ‘gender dysphoria’ in schools.

She rejected calls from some pro-EU rebels for a renewed ‘meaningful vote’ in the Northern Ireland Protocol Bill, suggesting a possible clash over constitutions with the Scottish Government.

A change being assembled by Nicola Sturgeon could make it easier for people in Scotland to change their legal sex.