Claudia Schiffer and her film director husband Matthew Vaughn have taken their local council to court after they approved their neighbours controversial home extension plans.

The celebrity couple have been trying to stop Hans Pilo building a modern extension near their Grade I listed £5million manor home, south of Bury St Edmunds, Suffolk.

Ms Pilo, understood to be a relative of multi-millionaire Jens Pilo, who used to own the estate before Schiffer and Vaughn, lodged plans in May.

She wants to bulldoze her existing outbuildings and double the size of the house by fitting a two-storey extension. 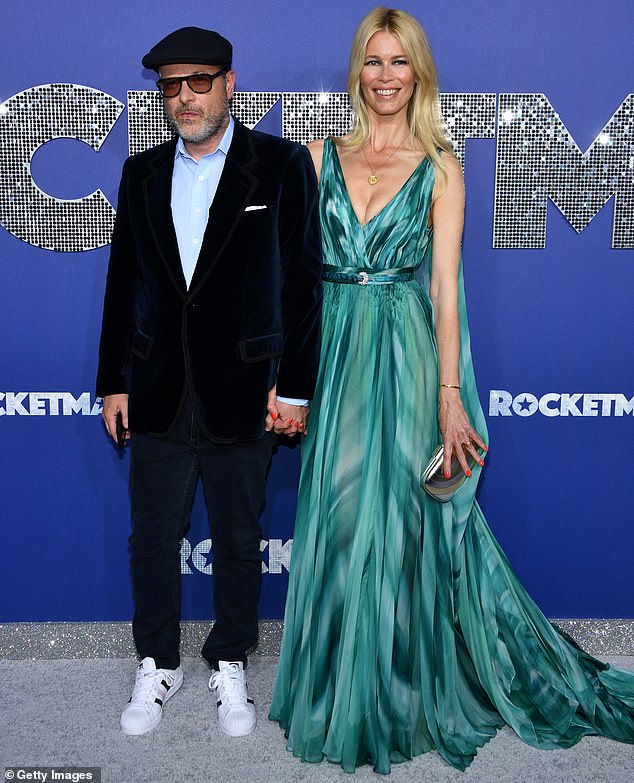 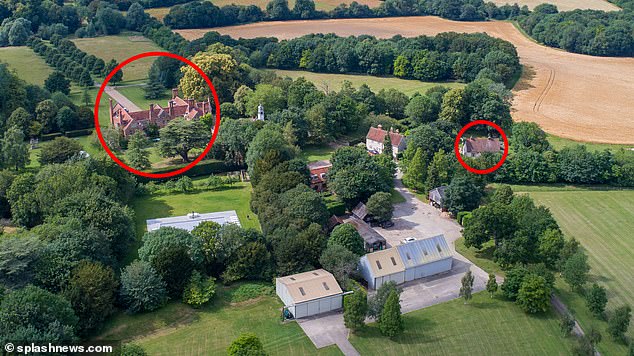 But supermodel Schiffer, 49, and Snatch producer Vaughn, 48, think the plans would ruin the historic vibe of their country estate where they live with their three children, Caspar, 16, Clementine, 14, and Cosima, nine.

The couple have now hired lawyers and took West Suffolk Council to the High Court after it approved the plans last October.

Following a recent hearing, judges at the High Court quashed the planning consent which the council gave under the Town and Country Planning Act ruling that it hadn’t been determined appropriately.

They then ordered a fresh planning application be submitted which should be considered on its own merit.

Ms Pilo resubmitted her extension plans last month and they are yet to be determined by the council. 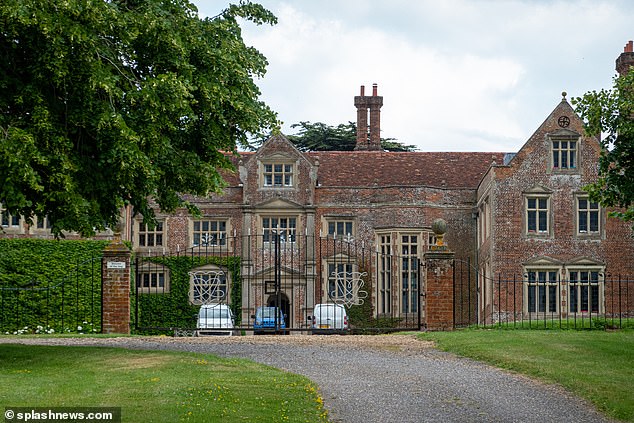 Ms Pilo, understood to be a relative of multi-millionaire Jens Pilo, who used to own the estate (pictured) before Schiffer and Vaughn lodged plans in May

Judges have ordered a series of conditions which the council has to adhere to when deciding the proposals.

Lawyers acting on behalf of the couple said in a letter to the council: ‘In order that your council can properly reconsider the Applicants proposals with an open mind and in accordance with the court order, we urge that the council requires the applicant to submit a DAS (Design and Access Statement) as a necessary part of the application.’

Schiffer and Vaughn have lived on the Grade I listed Tudor estate, south of Bury St Edmunds, for some 17 years, having purchased the property shortly before their wedding in 2002. 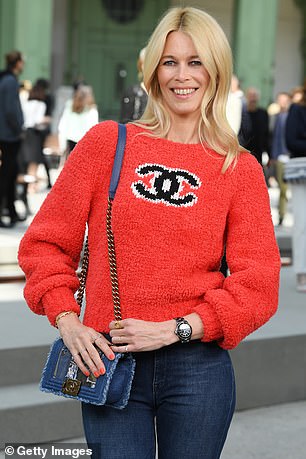 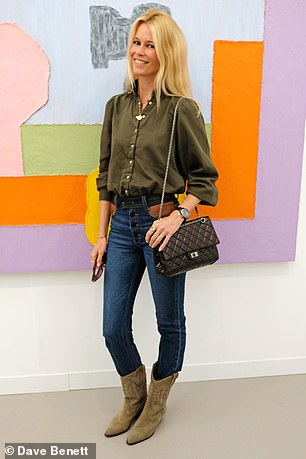 Schiffer (left and right) and Vaughn have lived on the Grade I listed Tudor estate, south of Bury St Edmunds, for some 17 years

Lawyers for the German catwalk star, 49, and Vaughn, 48, objected to the neighbours’ initial plans in a letter to West Suffolk District Council.

They said that the sight of the cottage’s extension would jar with the 16th Century hall and the surrounding old farm buildings.

It added: ‘We consider that the applications are technically deficient, lacking any assessment of impact upon heritage assets, making no attempt to put forward public benefits, lacking an arboricultural report, and accompanied by a woefully inadequate Design and Access Statement.

‘More substantially, the proposed development, by nature of its large and inappropriate footprint, bulk, scale and mass, would have a negative impact on multiple heritage assets, unjustified by public benefits or in any other way.’

Drawing on a heritage impact assessment, Schiffer argued that the cottage has a clear presence within the settings of three local heritage assets.

Her lawyer added: ‘It is visible, even in its present form, from within the open farmyard area, even in the summer months, and is considered to make a neutral to negative contribution to the settings and significance of the identified heritage assets.

‘The large overtly residential extension would be detrimental to the settings of the heritage assets, and the proposed garage and store would add… substantial built form to the seemingly rural character of the farmstead.’ 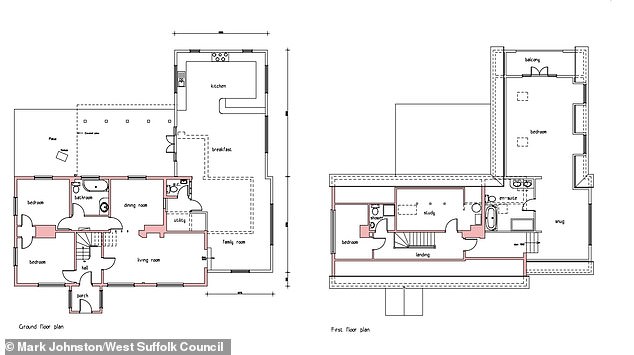 This picture shows an artists impression of Claudia Schiffer’s neighbours house plans, with the ground floor on the left and first floor on the right

Despite the couple’s opposition, planning officer Adam Yancey wrote that Ms Pilo’s work would cause little disruption to the Vaughns because of the 30m distance between the two properties.

He said: ‘It is therefore considered that the proposed extension will not result in any material adverse impact on the neighbouring property in terms of overlooking, loss of light or having an overbearing impact.’

According to Architectural Digest, the 14-bedroom mansion is set in 530 acres and is believed to have been given its name by Queen Elizabeth I after she was served cold ham there.

In a 2017 interview, Schiffer told the magazine that she and Vaughn wanted the property to be ‘child- and animal-proof’.

She is quoted as saying: ‘We’re not very formal. The whole idea of the house is that everyone can roam. ‘I wanted it to be rustic so you felt like you could have muddy dogs running around and kids with jam on their hands.’

In response to the concerns, a West Suffolk Council spokesman said: ‘The applicant resubmitted their application and we are considering it following our normal processes.