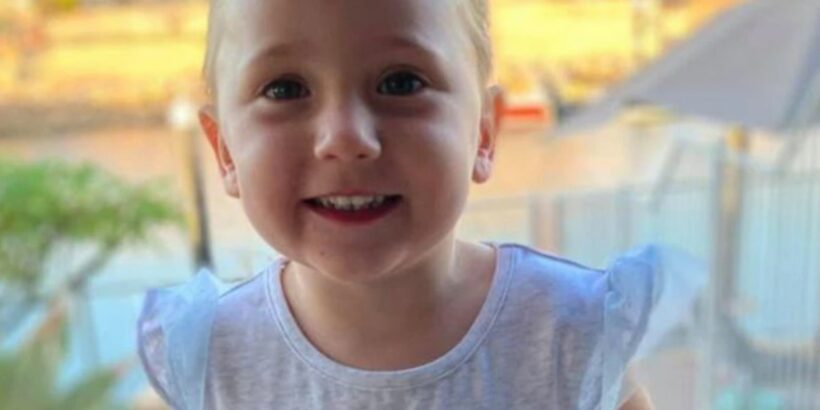 Detectives believe it is “more than likely” that 4-year-old Cleo Smith was abducted in an “opportunistic type event”.

Cleo disappeared from the family tent at the Quobba Blowholes campground, in Macleod near Carnarvon in Western Australia’s north, on October 16.

As the search for the young girl entered day 17 on Tuesday, lead investigator Detective Superintendent Rod Wilde said it was likely Cleo was targeted in a short period.

“We know they got there … on the Friday night. It was getting dark and so there would have been limited opportunity for people to observe Cleo at that time.”

Cleo woke up at 1.30am, was given some water and went back to sleep, then her mother Ellie Smith realised she was missing about 6am.

Superintendent Wilde said police were examining how someone could take Cleo from the tent without attracting attention.

“We’re doing a lot of work forensically … we’ve had over 1000 calls to Crime Stoppers.”

Superintendent Wilde said police confirmed Cleo was at the campsite via video footage on a parent’s phone that had a geolocation tag, as well as audio of her voice on CCTV at a nearby shack.

“We’ve got that CCTV but there’s also some video footage that we’ve retrieved off the parent’s phone that puts the fact that the family was there and Cleo was at the campsite,” he said.

“We’ve got some independent forensic material that corroborates that fact.”

Superintendent Wilde also said police had spoken to more than 110 people at the campsite but still wanted “less than a handful” of others to provide information.

“We still believe there may be a couple more that haven’t come forward for various reasons — they may have been camping further away,” he said.

“We are keen for those persons to come forward so we can speak to them. It may be that they witnessed something that may assist us.”

Superintendent Wilde said police were looking at all angles, including people close to the family, but again stressed Smith and Cleo’s stepfather Jake Gliddon were not suspects.

“We keep an open mind with things, but certainly there’s no evidence to suggest that they are suspects or had any involvement in Cleo’s disappearance,” he said.

“We cast the net far and wide, and we look at all of those possibilities … certainly people close to the family (and) all of the people that were in the vicinity.”

He said it was a painstaking process to go through everything.

Acting Police Commissioner Col Blanch told ABC radio that the working theory was that Cleo was likely still in WA.

“We’ve tracked down people that we didn’t know, we’ve found them and we have eliminated them, and that’s our focus at the moment — eliminate as many people as possible,” he said.

“Now we’re in a stage where we need to forensically go over that ground inch by inch to see what disturbances might be in nearby areas for any sort of evidence that might give an inkling as to what happened,” he said.

He said police were scouring through a heap of data, including phone tower evidence.

Police said on Monday that they were leaving “no stone unturned”, revealing officers had collected more than 50 cubic metres of rubbish from roadside bins as far north as Minilya and as far south as Geraldton.

A major focus of the police investigation has been centred on a mystery vehicle seen by two people turning right off Blowholes Rd onto North West Coastal Hwy, heading towards Carnarvon, between 3am and 3.30am the day Cleo disappeared.

Police have repeatedly indicated the person may not be a suspect but may have relevant information.

A $1m reward has been offered by the state government for information that solves Cleo’s disappearance.

Anyone with information is urged to contact Crime Stoppers in Australia.