US baseball team says it will do away with mascot ‘Chief Wahoo’ before 2019 season, saying it’s no ‘longer appropriate’. 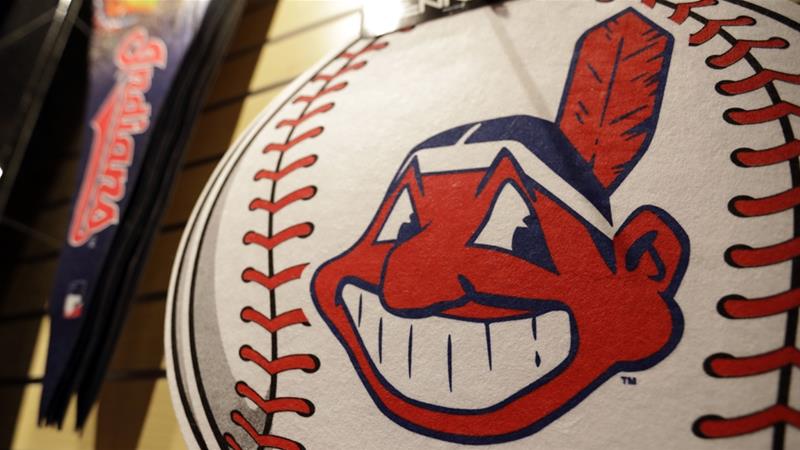 The Cleveland Indians baseball team will get rid of its team logo after a long-standing campaign argued it is offensive and insulting to Native Americans, Major League Baseball (MLB) announced.

Cleveland’s “Chief Wahoo” logo – a caricature of a Native American man with a feather in his cap – will be removed from the team’s uniforms before the start of the 2019 season, the team confirmed on Monday.

“Major League Baseball is committed to building a culture of diversity and inclusion throughout the game,” Rob Manfred, the league’s commissioner, said in a statement announcing the decision.

“Over the past year, we encouraged dialogue with the Indians organisation about the club’s use of the Chief Wahoo logo … The club ultimately agreed with my position that the logo is no longer appropriate for on-field use,” Manfred said, as reported by MLB.com.

Indigenous groups across the United States have called on Cleveland to change its logo for years, saying it was a stereotypical depiction of Native Americans that was harmful to younger generations.

“The Cleveland baseball team has rightly recognised that Native Americans do not deserve to be denigrated as cartoon mascots,” said Ray Halbritter, representative of the Oneida Nation and leader of the Change the Mascot campaign.

“And the team’s move is a reflection of a grassroots movement that has pressed sports franchises to respect Native people,” Halbritter said in a statement.

Change the Mascot has also called on the Washington Redskins, a professional American football team, in Washington, DC, to change its name. The name is “offensive” and “denigrating [to] Native people”, the group says.

Meanwhile, another grassroots campaign, We Are A People – Not Your Mascots!, called Cleveland’s decision to change its mascot “a major win”.

“INCREDIBLE!” the group wrote on Facebook, adding that more work needed to be done, however, to change the names, logos and behaviour common among fans of other professional sports teams.

“This is a major win, after decades of advocacy to get rid of the ‘Little Red Sambo’ of baseball. The name remains, the Washington football team plays on, the [Atlanta Braves MLB team] are still doing the chop. We’ve got more work to do,” the group said.

In a Q&A posted at MLB.com, Cleveland said its name would not be changed, however.

The organisation said it “understood the connection many in the Cleveland community have with Chief Wahoo” and team merchandise sporting the logo would still be sold at team stores in Ohio and Arizona.

The team has been using different versions of the Chief Wahoo logo on its uniforms since 1947, the Cleveland Plain-Dealer newspaper reported.